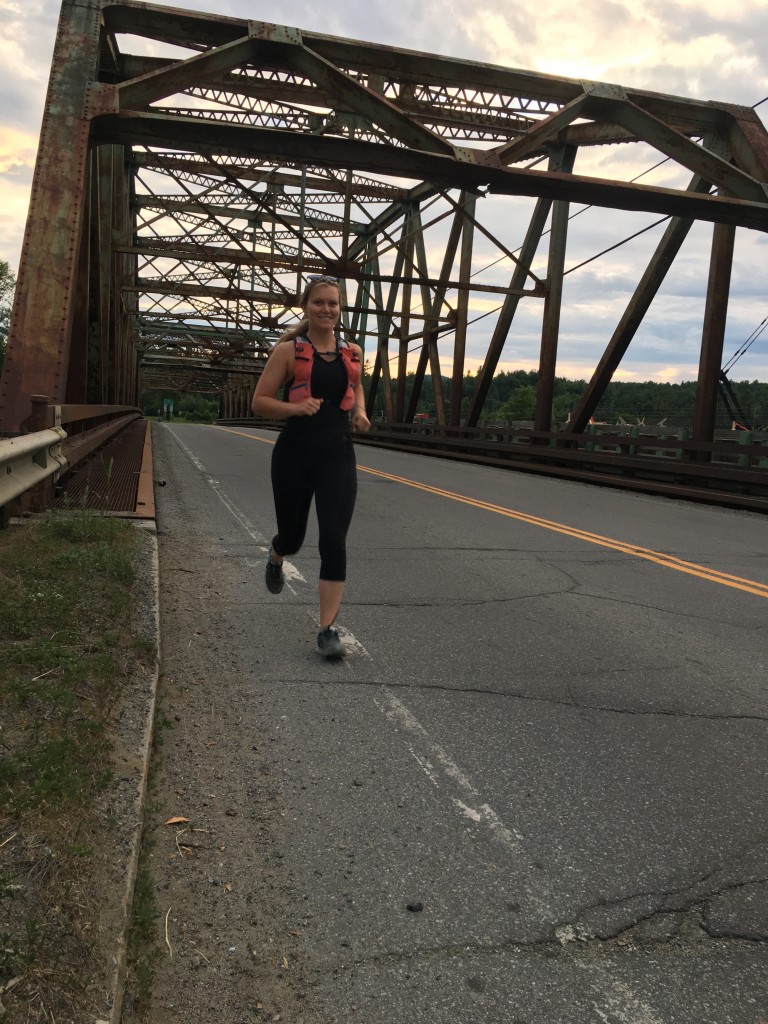 Some people have a goal of walking or running 61 miles in a week, month, or year, while others head out with the goal of running that distance in less than a day like Portland-based humanitarian, adventurer and endurance runner, Katie Spotz.

Spotz is a charitable ambassador, author and world-record holder as the youngest person to row solo across the Atlantic Ocean. Her list of accomplishments is long, and includes cycling across the country, five Ironman triathlons, running 100 miles nonstop in under 20 hours, 325-mile river swim and as of June 27, a 61-mile run across the entire state of New Hampshire.

“The run was in preparation for a 130-mile endurance challenge and charity fundraising initiative for Run4Water in Maine on September 5,” says Spotz. “I am used to doing long training runs on local trails or on routes around my home, but I was itching for a training run that felt like an adventure and New Hampshire was just the challenge that I was looking for.”

Spotz started training for her run across New Hampshire in January with a plan that included a combination of stretching, yoga, core work, long runs followed by “shake out” runs, and a focus on building and recovering. The excitement of running across unexplored territory combined with the joy of not knowing what is around every corner fueled her before and during her journey across the Granite State.

On June 26, a friend dropped Spotz at a hotel in Lancaster and at 6 a.m. on June 27, she walked to the border startline and began her run.

“It was just me and my hydration vest stocked with some Ziplock bags filled with powdered sports drinks, a banana, my credit card, car key and face mask,” says Spotz. “It was supposed to storm and be hot that weekend, but the conditions couldn’t have been more perfect. It ended up being overcast and in the 70s – a runner’s dream.” 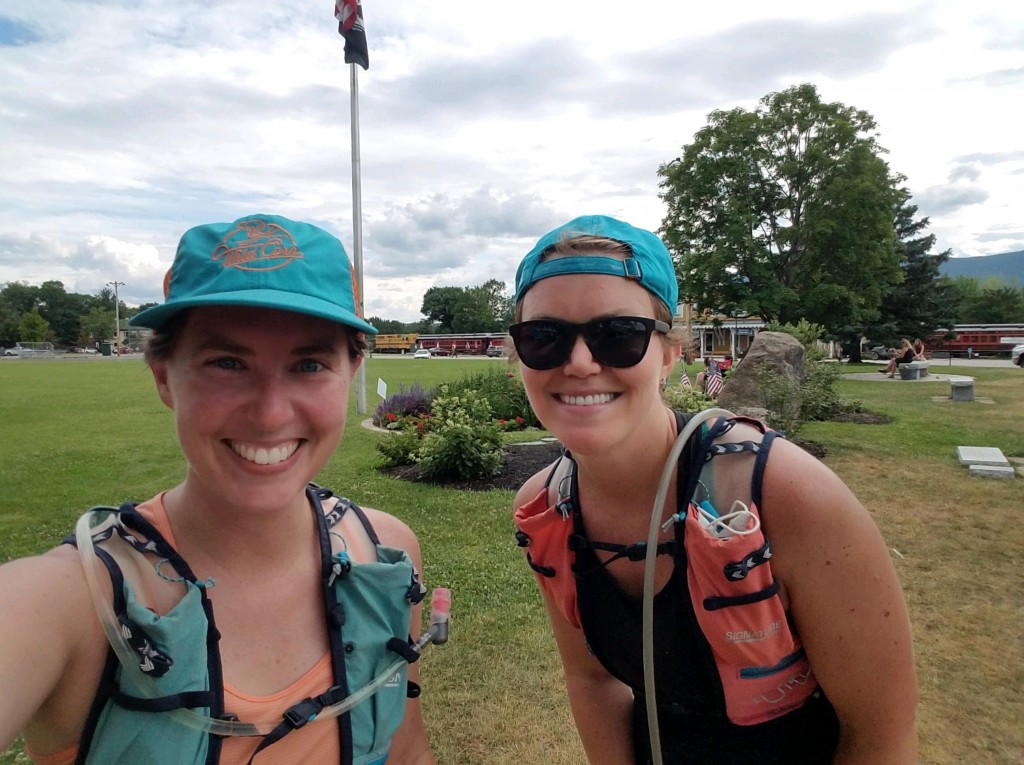 As Spotz ran, she enjoyed being engulfed by nature and was humbled by running through one forest after another as she adventured through the beauty of the White Mountains. Her favorite spots along the way were Crawford Notch (mile 27), Willey House (mile 30) and North Conway Station (mile 50). With the exception of the added challenge of carrying her own water, the run was peaceful and even included a few deer along the way (but no moose). The best part? Having another ultra-runner join her for part of the journey at mile 50.

“Before I started, I posted in a Facebook group asking people for information about tracking, and a woman from the group ended up meeting me for 6 of the miles,” says Spotz. “It was nice to have someone there to keep me company and share in the journey.”

With water and rest breaks, Spotz landed in East Conway in 11 hours and it was over as quickly as it began. With her next big run coming up in a few short weeks, Spotz’ run through the White Mountains reminded her of the excitement that comes with taking a step into the unknown.

“I didn’t come home with a medal or an award,” Spotz recalled in a post-run blog post. “I left as a firsthand witness to what the body is capable of doing with a bit of faith and a lot of sugar.”

Visit Katie Spotz’s website for her complete New Hampshire running route, to read more about her adventures, and to donate to her Run4Water fundraiser as she works to put meaning behind every step heading into her run across Maine in September.

About Run4Water
To learn more about the campaign, running route, itinerary or express interest in having Spotz talk with your community group, please visit: www.KatieSpotz.com/run4water.

About Lifewater International
For over 40 years, Lifewater International has served as a faith-based clean water and community health organization committed to helping children and families living in extreme poverty thrive. Lifewater has served 2.5 million people in 40+ countries and is currently working in Cambodia, Uganda, Ethiopia, and Tanzania to bring lasting safe water, improved health, and the love of Jesus to villages in schools in need. “There are hundreds of nonprofits doing great work in the field and yet more than 25% of new water projects fail in just three years,” says Spotz. “Lifewater creates lasting change by working on a local and regional level and building appropriate safe water solutions. Not only are they delivering physical needs, but spiritual, offering hope and sharing the love of God to the communities they reach.”  For more information or to get involved, visit www.lifewater.org.