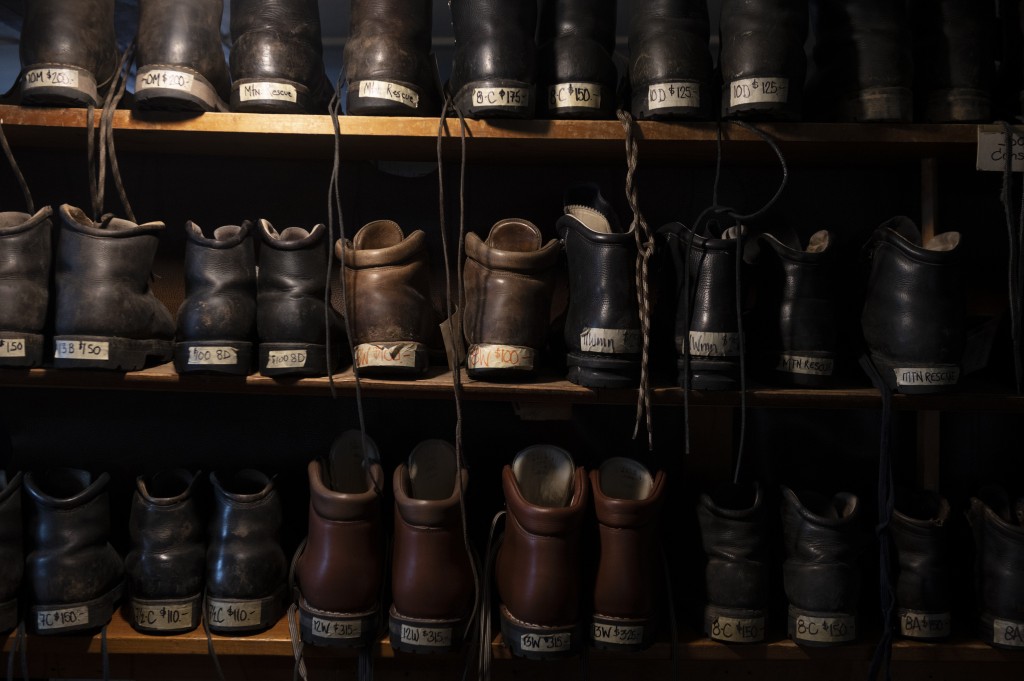 A wall full of gently used boots at Limmer Boot Company in Chatham — some are Limmer’s own, some were just repaired and are looking for a new pair of feet. Photo by Joe Klementovich

For devotees, a well-worn pair of Limmer boots conjures nothing short of reverence. The company — and the boots they build in the shadow of Mount Washington — is a little like the mountain itself. It might not be the biggest around, but it’s as rugged as you can get.

“We still do it old school,” says Peter Limmer. “It’s a heavier boot, but it’s long-lasting.” Limmer (no suffix) is the grandson of Peter Limmer Sr., who began making ski boots in the Bavarian town of Peterskirchen in 1921. During Germany’s financial collapse after World War I, Limmer Sr. immigrated to the United States and began manufacturing custom boots in Jamaica Plain, Massachusetts. In 1939, he obtained the United States’ first-ever patent for ski boots; in 1950, he moved his shop to Intervale, New Hampshire, where it has been ever since.
The current Peter Limmer began working in the shop after high school in 1973. “We haven’t changed anything since my grandfather came up with the pattern,” he says. “It works.”

The first thing you notice about Limmer is his hands, blackened with grease and weathered from 47 years of making boots. Walking into Limmer’s workspace, nestled among A-frames and a local brewery, feels like tripping backward in time. Unlike his competitors, who have been bought by major shoe manufacturers or gone out of business, Limmer still makes footwear the old-fashioned way. For his custom boots, he creates a form called a last based on the customer’s foot: a time-consuming process that guarantees a fit impossible to come by anywhere else. Each boot is made with a single piece of leather that is then molded to the last. Everything is assembled in the workshop by hand, exactly as his grandfather and father did. The waitlist for a custom pair of Limmers is two years, and the process isn’t cheap. But users will never need to buy another pair: The hefty price tag gets you quality — and the knowledge that you’ll probably die before your boots do. 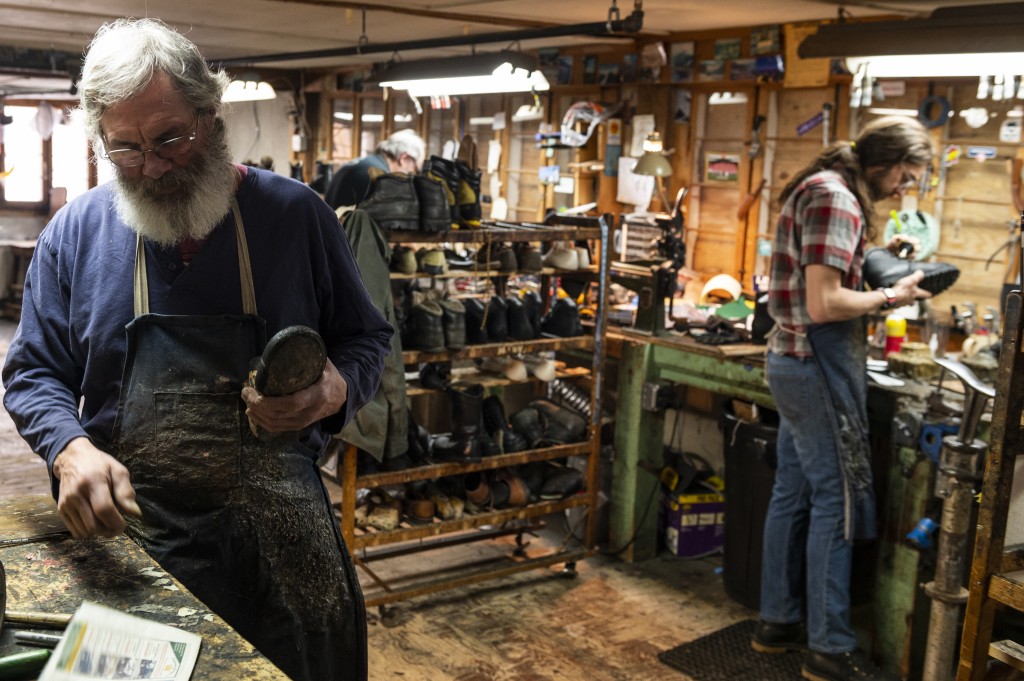 When Peter Limmer’s sons migrated to different careers, he fretted over the company’s future upon his eventual retirement. In today’s workforce, a traditional apprenticeship is a rare thing, and most of the employees Limmer hired moved on after a few months. But when Limmer recounted his woes to Adam Lane-Olsen, the manager of a local bank in 2016, an unlikely partnership was born.

“I was just not happy — at all,” Lane-Olsen tells me amidst the whir of machinery in the Intervale shop. Indeed, it is hard to picture the trim, ponytailed, bearded man before me pushing pencils in a cubicle. “I’d never heard of Limmer before. To know that somebody was still building a handmade boot in 2015 was mind-blowing.” The thought of apprenticing under Limmer and continuing the tradition began to sink in. A week later, Lane-Olsen visited Limmer in his workshop, resolved. He asked Limmer if he’d consider taking him on. “I don’t think he recognized me,” he says. “I wasn’t in my suit. I didn’t look like a banker guy.”

Limmer was skeptical at first, Lane-Olsen admits, but he came around. “After a few months of talking back and forth, I walked out of the bank, took my suits to the thrift shop, and haven’t looked back since.”

For now, a Limmer is still at the helm. While there’s no saying when that will change, one certainty is the brand’s commitment to making a durable, classic boot the way it used to be done. And even without a Limmer in charge of the namesake company, the dedication to quality isn’t going anywhere. “We’ll get a boot that comes back in after 56 years of use,” says Lane-Olsen. “There’s something really cool about that. To be able to fix something rather than have to chuck it.”