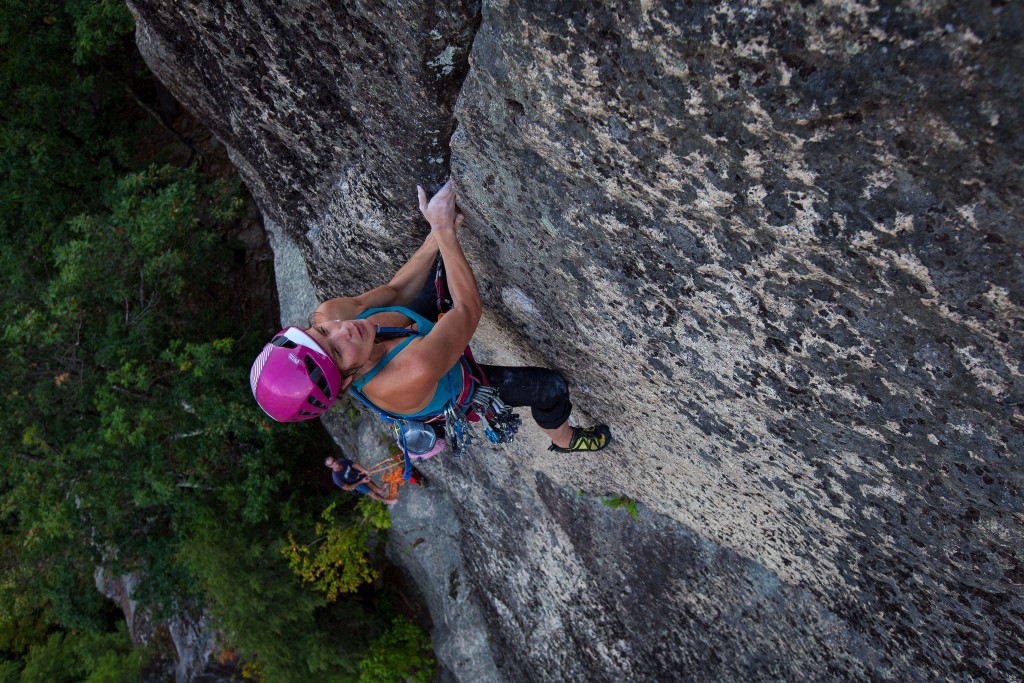 Majka Burhardt has spent decades scaling craggy, icy, bone-chilling peaks across the globe, from Namibia to New Hampshire to Nepal. And when she first started her journey to motherhood, she always envisioned that she’d be able to keep that going.

“I thought I was going to go to Patagonia and go climbing in Patagonia when I was pregnant,” recalls Burhardt, who lives in Jackson. “It was a very effective way of the universe saying, ‘You’re not in charge on this one.’”

Adventure and Motherhood,” due out in March 2023. Written as a series of letters to her two children, chronicling her “real-time self-talk” as she moves through pregnancy to early parenthood, the book is meant to provide the kind of literary outlet Burhardt craved during her own pregnancy.

“I didn’t want, ‘Here’s what to eat, here’s what not to eat,’” she says. “I wanted to have someone else’s raw, emotional journey.”

As raw and emotional as some of her “otherworldly” climbs have been, she’s learned they’re nothing compared to parenting.

“The climbing piece of it taught me, and teaches me, that I can do really difficult things,” she says. “But how things are difficult shows up differently for me while being a parent with young kids, and re-examining my own childhood, and then also trying to figure out how to be a parent while still wanting to be a climber.”

Part of what makes it possible for her to keep up with it all? Living here in New Hampshire.

“In some ways, I get to still be a professional climber because I can go climbing 10 minutes from my house,” she says. “If I had to travel two hours every time I needed to do that, that would be really hard, as a mom and someone who works full-time.” (Burhardt has been a climbing ambassador for the outdoor brand Patagonia since 2005 and also leads a nonprofit, Legado, that works with Indigenous and local communities across the globe.)

Locally, you can catch her scaling Cathedral Ledge, Pinkham Notch, Rumney and, in ice season, on “lots of frozen dribbles all over the place that are in places that don’t even have names.” And these days, you might even find her now-6-year-old twins tagging along.

“We climb with them and we also swim with them and bike with them and play soccer with them,” she says. “Trying to raise kids who are psyched to be outside is my priority. And if climbing is a part of it, that’s great — but it’s not our agenda.”