Is This the End of the Primary?

Our first-in-the-nation primary status may be in jeopardy 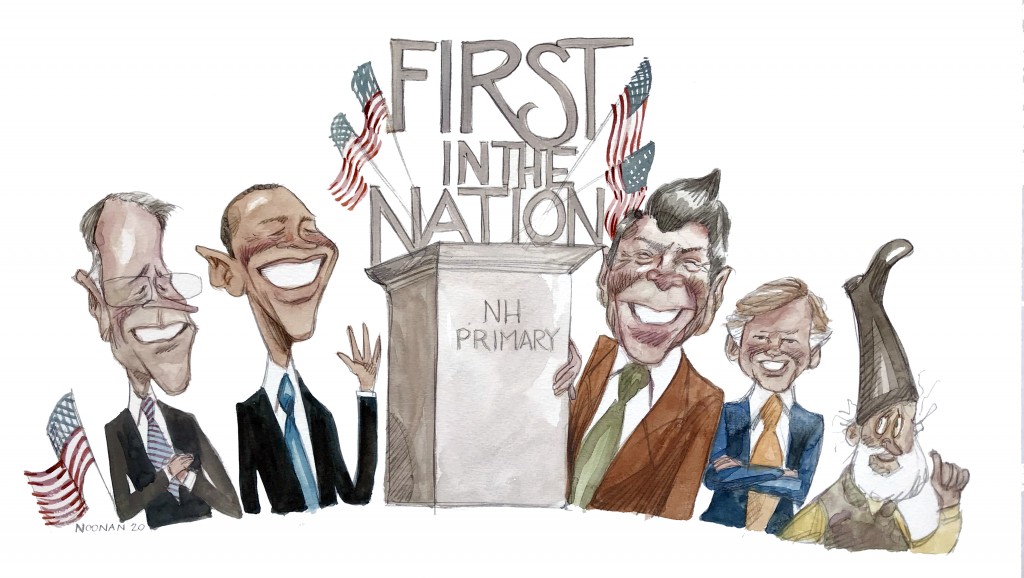 For a century, New Hampshire has held the nation’s first presidential primary. At first, no one cared. Then, it toppled a president. Soon, the state picked presidents. And, for the past few decades, our quadrennial exercise has become a massive spectacle that’s closely watched around the world.

This year, New Hampshire voters turned out in record numbers, local political party leaders didn’t rig the election for one candidate, and the state government ran a smooth election. Just the same, the larger-than-life New Hampshire presidential primary for 2020 could be the last of its kind.

In a world that is increasingly digital, insular and deeply partisan, the New Hampshire primary is a symbol of how American democracy should be practiced. Those who get to run for president in a serious way are governors, senators or successful in business. The people they talk to and vacation with and trade text messages with all day largely live in a rarefied bubble.

As candidates, the New Hampshire primary required them to meet real people in diners and take their questions at town hall meetings. Having to engage with folks in unscripted moments before they go on to make decisions about sending troops to war or who wins or loses in the tax code is one of the most beautiful things about the primary.

Then there was New Hampshire’s track record of giving candidates a comeback story, or choosing someone who was not the obvious frontrunner with all the money. The popular myth that any child born in America could someday be president of the United States was more real because the New Hampshire primary existed. In a small state election where money only goes so far, what really matters is how the candidates stand in the marketplace of ideas and their ability to connect with other humans.

If a monument is ever erected to the New Hampshire primary, it should be of a regular person and some candidate sharing a genuine moment of human connection — even if it’s a confrontational moment.

For decades, New Hampshire has locked arms with compatriots in Iowa who run the nation’s first presidential caucuses eight days before the New Hampshire primary. But the Iowa caucuses in 2020 were a debacle on an incomprehensible scale. In truth, it was the third time in a row there was some problem with the caucuses. Even Iowa leaders who fought tooth-and-nail to protect their status are now conceding that Iowa won’t be first anymore, and might not even hold a caucus.

There appear to be just two ways this could affect New Hampshire. First, this could be the most glorious primary ever. If Iowa is scrapped and caucuses are seen as outmoded, it’s plausible that for the first time since 1968, New Hampshire will be the first presidential contest. In the modern era, where there is more attention on the early states than ever before, the Granite State could basically pack the punch of both Iowa and New Hampshire combined.

The second path could take many forms, but all with the same result. Maybe New Hampshire will continue to have, technically, the first primary but it may not mean much because of other party maneuvers. Maybe there is a national primary, or a rotating set of regional primaries. Maybe the parties will pick another state to be the first contest to award delegates to the national conventions.

In that last case, New Hampshire would likely still hold the first primary — without delegates — but the question then is whether only longshot candidates will show up, and whether the media will treat it as a major event.

This won’t be known for another few years. But the 2020 New Hampshire primary had a monumental finish — and hopefully it won’t be the last.