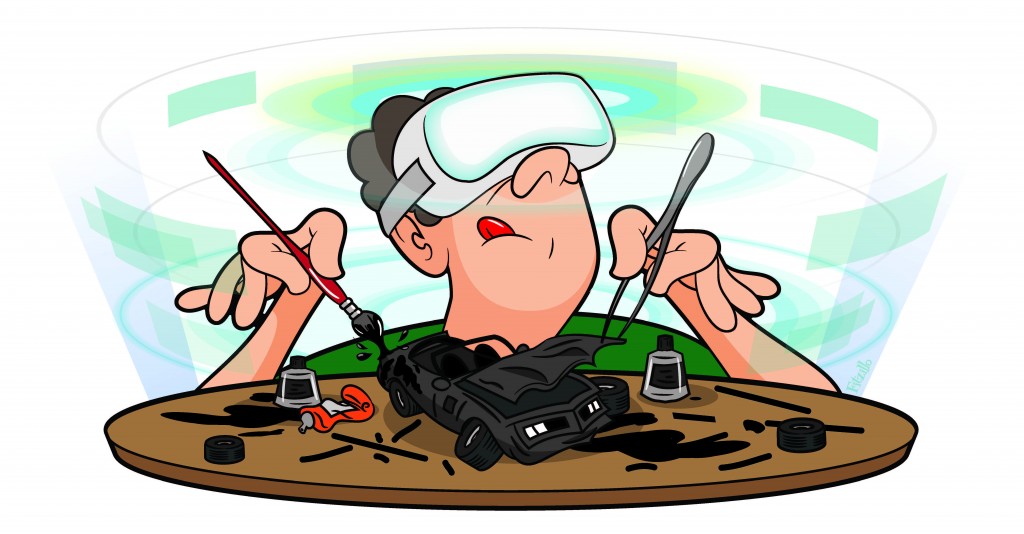 I don’t remember having a hobby before all of this (gestures wildly at pretty much everything).

Back when we could lick doorknobs with relative abandon, we would do things to keep from being bored — they just never really rose to the level of “hobby.” Back then, we just called it “doing stuff.” But after a year of staying home a lot, I’ve come to a surprising conclusion: Hobbyists, I am one of you. I’ve discovered a lot of things I really like that I’m not very good at and that I never, ever dreamed I’d be doing.

At first, it was all about puzzles. We made them, took them apart and put them back in the box. Seemed a little pointless, and after months of quarantine, a little too physically demanding.

Our attempts at normalcy then evolved into Zoom happy hour/beer and wine tastings. I am now on a first-name basis with the distiller at Flag Hill Winery in Lee, only I don’t remember June and I can’t find my laptop.

Then I got an Oculus Quest VR headset, which was incredibly immersive and convincing. So much so that I got motion sick while maneuvering through a virtual environment, which abruptly led to the hobby of rug cleaning.

COVID summer turned into pandemic fall and I realized I needed to make better decisions about how to spend my time at home. For that, I returned to the hobbies of my youth. Namely: model kit building.

It started when my wife bought me a couple of torture devices from a company called Metal Earth. They’re these tiny metal sheets with parts stamped into them. You remove pieces, fold, insert, and create an item of miniature beauty. Or a complete mess. The pieces are so small that I had a hard time even seeing tab A, never mind inserting it into slot B. With my first Metal Earth model finished — an F4U Corsair/crumpled up ball of metal that I hucked into the woods — I asked my wife, “Why do you hate me?”

It also crossed my mind that a traditional plastic model might be slightly easier. So I went to a hobby shop in Londonderry and came home with a Smokey and the Bandit Trans Am kit. Other than not being able to close the hood because I put the engine in crooked and some decal debacles, it came out a little better than the tiny metal thing. After pursuing this for a bit, it occurred to me that I picked up right where I left off in sixth grade. Everything I make looks like it was crafted by a middle schooler with no patience or adult guidance. Yet somehow it remains calming.

At some point, we’ll start getting back to normal. Thing is, I’m not sure I want to stop exploring new hobbies. Besides, there’s an X-Wing fighter waiting to be built, and those doorknobs aren’t going to lick themselves.