We’ve teamed up with Expedia.com to share the stories of historic hotels of the White Mountains. 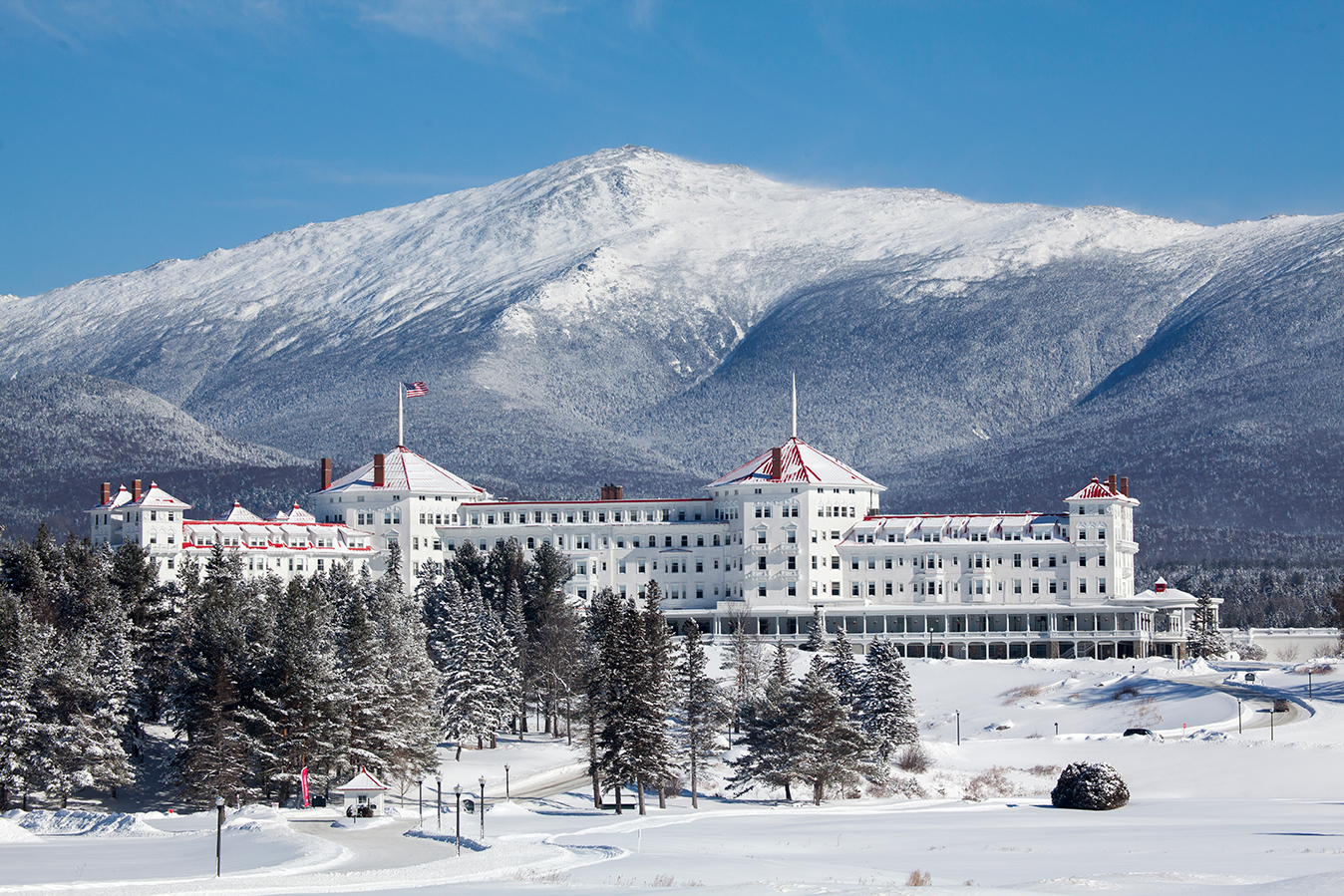 You might have heard that the Granite State is a great place to visit, but would you believe that modern American tourism was born in the mountains of New Hampshire?

In the late 18th and early 19th centuries, the Northeast was America’s population center and industrial base.  As cities grew congested and sooty with factory smoke, people sought relief in the clean air and rural reaches of the North — and no place was more pristine and beautiful than the mountainous climes of New Hampshire.

The craggy vistas and wooded vastness of the area had long attracted celebrated painters such as the White Mountain School of artists and famous writers including Henry David Thoreau and Nathaniel Hawthorne. Their talents spread the fame of the White Mountains and soon people in buggies and on trains flowed north to examine the spectacles for themselves. Farmhouses became inns and entrepreneurs began dotting the region with fine hotels laying the groundwork for a tourism industry that has grown and spread ever since.

Since early vacationers might stay for a month or an entire summer, White Mountain-area hotels were designed to provide both comfort and culture in the midst of remote wilderness. The larger, “Grand Hotels” sometimes were compared to luxury ocean liners for their lavish variety of offerings.

Most of the original hotels of the White Mountains have been lost to time, but those that remain preserve that historic spirit of hospitality and adventure. Flagship of the surviving fleet of land-bound ocean liners is the Omni Mt. Washington Resort, originally opened in 1902. Today, the resort maintains the charm and glamour of the Gilded Age alongside comfy well-equipped rooms with wi-fi and flat screen TVs. Year-round hospitality includes winter skiing and snowboarding in Bretton Woods, the state’s largest ski area, plus a Donald Ross-designed golf course, luxurious spa and nine high-flying zip lines.

The Mountain View Grand Resort and Spa in Whitefield was born in 1865 after a coach carrying travelers from Montreal overturned. Two passengers were taken in by a friendly farm couple — William and Mary Jane Dodge. Their overnight stay turned into a week of nature walks to survey breathtaking skylines after feasting on Mrs. Dodge’s delicious home-cooked breakfasts. The humble farmhouse is long gone, but the welcoming warmth remains. The Mountain View Grand is now a sprawling contemporary resort with a commitment to sustainability, symbolized by the 121-foot wind turbine that provides a percentage of the hotel’s electrical power.

Also drenched in history is the Wentworth in Jackson, near some of the region’s most storied trails for cross-country skiing. This 50-room hotel, which bills itself as an elegant “country inn,” was built in 1869 by landholder Joshua Trickey as a wedding present for his daughter. The reputation for romance continues and this inn is a most popular wedding destination in the Mt. Washington Valley.

The past is always a presence in this part of the country, but the true history of these hotels is still being written by their guests. New chapters are recorded in the memories they make during their stays and are shared in the stories they tell of these hospitable islands of culture and civilization hidden deep among the forests and the rocky summits of New Hampshire.