New Hampshire law is clear: Our presidential primary must be the first. But does it matter? 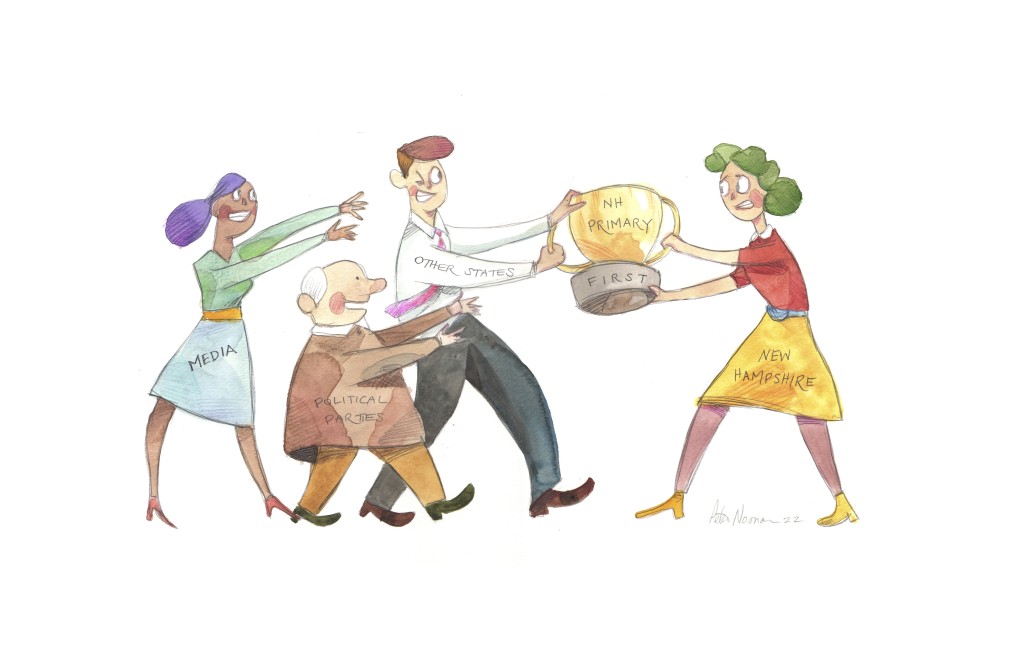 The 2024 version goes like this: Republicans are keeping the New Hampshire tradition. That’s all voted on and set. Democrats, meanwhile, formed a commission, looked long and hard at the lineup of states, and now appear they want to make some changes. Which changes exactly and whether New Hampshire would be first on their list won’t be announced until after the midterm elections. Things don’t look so good for Iowa, which botched their last caucuses, meaning that the half-century tradition of Iowa and New Hampshire leading the way is no longer, at least for the Democrats.

If that happens, it will be a big deal for the country and, if I may, a big deal for me personally as well. I went to college in Des Moines because of the Iowa Caucuses and, shortly after, made my way to New Hampshire where I have covered politics for two decades now. I am noting my bias for the status quo, however flawed it may be.

I say that as background to point out the following: I think about this topic a lot and the way everyone talks about the potential demise of the New Hampshire primary is wrong.

New Hampshire law is quite clear that the state must hold the first presidential primary in the nation. Despite the talk and the headlines, there should be no doubt about that. No matter how ridiculously early the state will need to hold its primary, it will be the first primary.

The only say that the national parties really have on the issue is a technical one. They can decide how they will allow delegates to be counted for the process at the national convention, which formally nominates candidates.

The truth is that New Hampshire is so small and sends so few delegates to these conventions that leaders in the state don’t really care if their convention vote counts as long as the New Hampshire primary vote happened.

So, if the national parties pick a different state to count first and New Hampshire holds an earlier election anyway, the major question is whether candidates will still show up and if the national media will still cover it as a thing. If everyone shows up and treats it as important, then it will be important, even it if is inherently not in the process.

While New Hampshire political leaders may see it has an obligation to never cede any point as it relates to the status of the primary, keeping it somehow important is where the focus should always be.