Memoir reveals the hardest-working nobody in Manchester 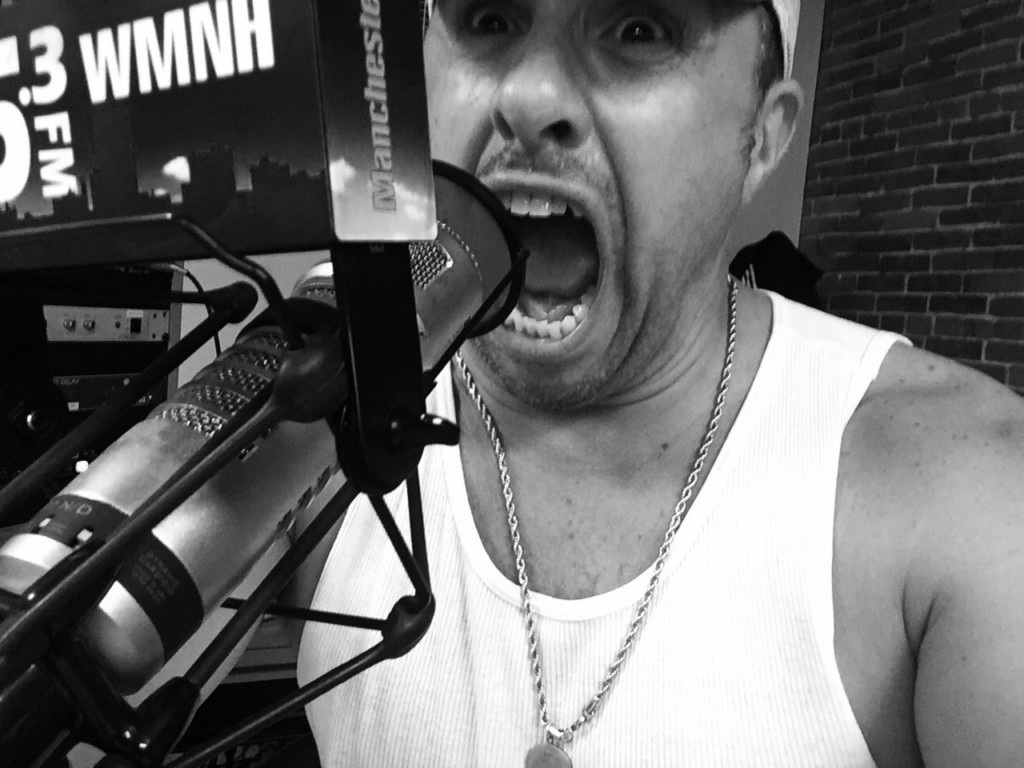 The youthful-looking 49-year-old husband and father of two recently returned from Gonzofest in Louisville, Kentucky, the ninth annual tribute to the late Hunter S. Thompson, where Azevedo was one of three spoken word features, preceding a keynote address by Rolling Stone’s Matt Tiabbi.

At Gonzofest, Avezedo read a piece about visiting the iconoclast’s house in Colorado, a chapter titled “Visiting the Home of Hunter S. Thompson” from Azevedo’s first book from Concord’s Plaidswede Publishing titled “Notes From the Last Breath Farm: A Music Junkie’s Quest to Be Heard.”

But Azevedo admits, when cutting his teeth in the literary world, he fell victim to one of the pratfalls many young writers hit when trying to find their voice.

“I failed miserably at imitating Thompson,” Azevedo says. “I knew I had to break away from trying to write like him. I can be influenced, but in order to make it, I’d have to find my own voice.”

Now Azevedo has found that voice on the page, on the airwaves and the big screen —Azevedo was also the award-winning writer of the short film “Muddy” in 2011.

“I’m hyper by nature, and if I’m not doing something creative, I can be a fairly miserable person to be around,” says Azevedo. “It has everything to do with my own sense of self. I want to be heard.”

Azevedo attributes some of this to a childhood conversation with his mother, where the Melrose native and the matriarch of his household had a heart-to-heart — of sorts.

“My mom told me to never forget I’d be a ‘nobody,’” says Azevedo. “I needed to be something besides nobody. It’s been a long quest of mine to be something other than a nobody.”

Guided by his quest and a great gift of empathy, Azevedo reached out to radio stations with a pitch for “Granite State of Mind,” a radio show featuring local artists and musicians. He was given a three-week trial period, and eight years later, “Granite State of Mind” still brings premier indie musicians throughout New Hampshire into the studio each week, a significant source of inspiration for him.

“Without ‘Granite State of Mind,’ there wouldn’t be this book,” says Azevedo.

But Azevedo also makes connections with his own literary pursuits and their musical ones.

“A lot of these musicians are on the same quest to be heard that I am, but they use chords and riffs while I use sentences,” he says. “It’s all the same quest.”

Even exhausted, Azevedo, who was recently named a first place winner in a column-writing contest held by the National Society of Newspaper Columnists, continues myriad creative pursuits.

“If you have that itch, that idea in your head, those thoughts are there for a reason,” he says. “And your job is to act upon those thoughts. Or ignore them. But, for me, the act of doing something with them is enough.”

The Soothing Power of Reiki