Something peckish this way comes 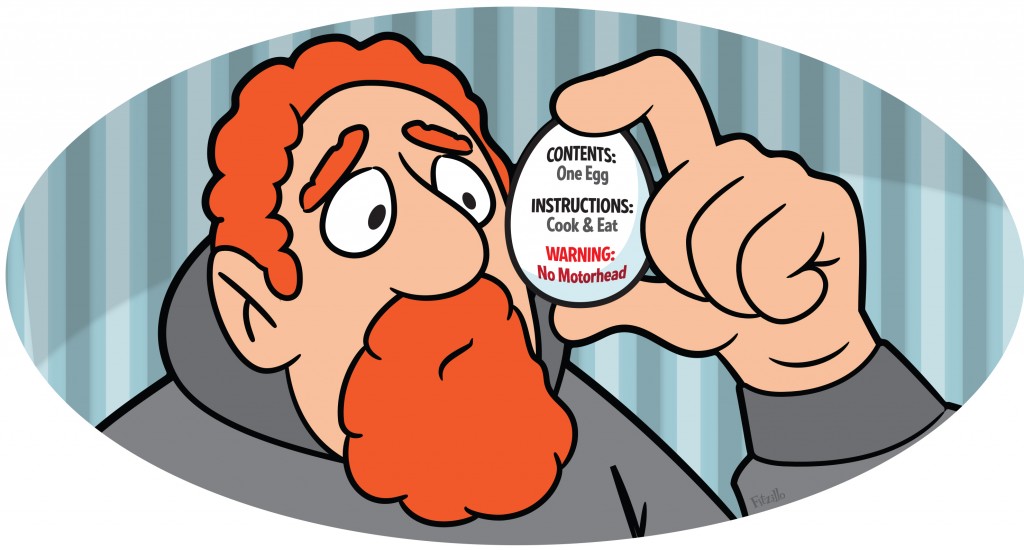 I don’t cook. However, I am a fan of the prepared beefs and such, so since diners everywhere were either closed or restricted during the pandemic, I did have to learn to make something, lest I waste away.

So, I did. For more than a year, I had the exact same thing for breakfast — every day. I got pretty good at whipping up something I like to call “egg,” which is good because if you live in New Hampshire, you have to own chickens or know someone who does. Chicken adjacent, as it were.

There’s actually a little more to it than that. Here are the detailed steps to preparing this delight so that you, too, can break your fast in a way that will make onlookers question your sanity/be impressed by your strange commitment to unerring routine:

I guess there wasn’t too much more to it.

The only thing I’ve done more often than make this breakfast is not wear pants. Data suggests I’ve made this recipe 412 times in the past 18 months, and I’ve only worn pants once, assuming chaps don’t count as pants. That’s a lot of eggs, and for this, I simultaneously tip my hat and apologize to the chickens of New Hampshire.

Luckily, I can keep this egg stuff going. Our neighbors have ducks, which is kind of the same thing, so it gets them out of the chicken requirement, but it also seems about as random as having capybaras.

One day recently, they kindly sent over a dozen duck eggs. (Note to self: Capybaras don’t lay eggs, I think.) If you’ve never seen duck eggs, I’ll describe them: same as non-massive eggs except for they are Flintstone-size prehistorically enormous.

I appreciated the neighborliness of the offer, but as someone dedicated to my entrenched routine, I couldn’t do it. These are not grocery-cleansed and sorted eggs, and I refuse to launch an investigation to learn where the smudges on the shells came from. Also, they came out of an animal — a warm animal — that I came to learn was named Biscuit. The whole thing kind of freaked me out.

Are we cavefolk? We are not. So we did not eat them. And by “we,” I mean “me.” Because my wife immediately dug out our most colossal pot, boiled a few, made football-size deviled eggs and swore to Donald that they tasted just like chicken eggs. Thank you, neighbors, and thank you, Biscuit, the person I live with is a big fan of your work. But then, she still eats Vienna sausages on purpose, so she is not to be trusted.