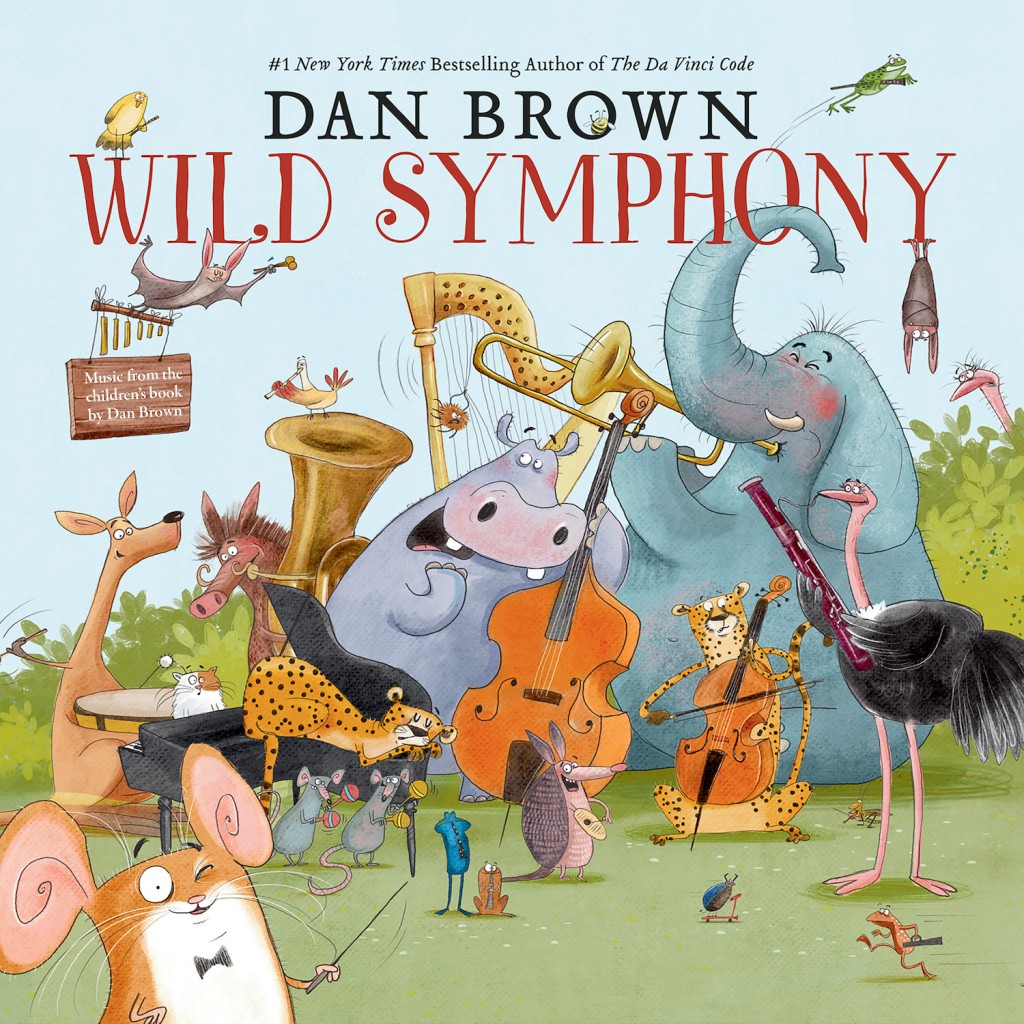 New Hampshire’s own Dan Brown is out with a new book that, at first, seems an unlikely departure from “The Da Vinci Code” and other mystery thrillers for which he’s known. But as Brown recently told New Hampshire Magazine, eagle-eyed readers will still find some of his trademark “codes and anagrams” sprinkled throughout his latest work: “Wild Symphony,” a children’s book accompanied by a custom soundtrack composed by the author himself. Read on for more excerpts from our conversation.

On the early origins of “Wild Symphony”: It began nearly 30 years ago with a walk along the Exeter River, not far from where he grew up. “I heard a bunch of different frogs in this bog,” Brown recalls. “Some were low bullfrogs, some were high peepers, and they were all sort of singing at the same time.” Inspired by that stroll, he wrote “a silly little piece of music called ‘Happy Frogs,’” which “had a little bit of a fugue quality to it,” he says. Then came a poem, and another song about another animal, and another, and another. He shopped the project around (“a little cassette with a little photocopied book that went along with it”) at the Water Street Bookstore in Exeter — but left it behind as he moved on with other creative pursuits.

How he brought “Wild Symphony” back to life: While on tour in China, Brown says an interviewer surprised him by pulling out a copy of the decades-old musical project and asking him to play it on air. Soon enough, Brown’s publishers were interested in reviving it for real. So he got back to work. “I wrote 10 new pieces of music, 10 new poems, cleaned up the earlier poems, orchestrated the music for live orchestra, and went to Croatia and recorded it with the Zagreb Festival Orchestra, which is just superb.” (Bob Lord and PARMA Recordings, of North Hampton, were also instrumental in its production.)

Why he wanted to make it musical: “We live in a different time,” Brown says. “Kids today are used to all sorts of different input. And it’s very hard to talk about music without hearing music.” Plus, the author is a lifelong pianist — encouraged by his mother, a professional organist — and made a living as a musician before moving on to teaching, and then, of course, came his big break as a novelist. But Brown also had a kind of operatic vision in mind when creating the score to “Wild Symphony.” “It’s a way to try to imitate that sort of multimedia experience.”

How he’s spending his free time these days: Exploring the White Mountains (where his father lives) and Portsmouth (“I feel like I can get a world-class culture in New Hampshire without having to live in Manhattan”), hosting socially distanced gatherings around his backyard firepit at his home on the Seacoast, and otherwise enjoying the relative anonymity that comes with life in the Granite State. “I’m a private person,” Brown says, “and really writing novels and having some success has been 99% wonderful. The 1% that I would easily give back is the fame, the notoriety, the lack of privacy, where every aspect of your life is public fodder.” He also tries to get back to the secluded spots in Exeter that inspired “Wild Symphony” whenever he can, usually with a dictaphone in hand. “I find that all my best ideas come when I’m physically moving.”

On finding literary lessons in the present moment: Brown’s 2013 book, “Inferno,” chronicled a pandemic — so, in a way, he feels like he’s already explored some of the themes brought to the forefront during COVID-19. But he’s still pursuing other new adult fiction projects and following science news closely while launching “Wild Symphony.” In particular, he’s trying to dig into our collective “fragmented” tendencies and how those play out, particularly in moments as stressful as the present. “When you’re stressed, the instinct is to figure out who to blame, whose fault it is, and we just spend a lot of time arguing over how to handle things or who did what, when the reality is we’re all in the exact same situation and we all want the exact same thing,” he says. “What I’m writing now relates a lot to human consciousness, human behavior, and hopefully painting a picture of a much brighter future for all of us.”

For more details on Brown’s latest release, head to wildsymphony.com.