Is the state returning to Republican roots? 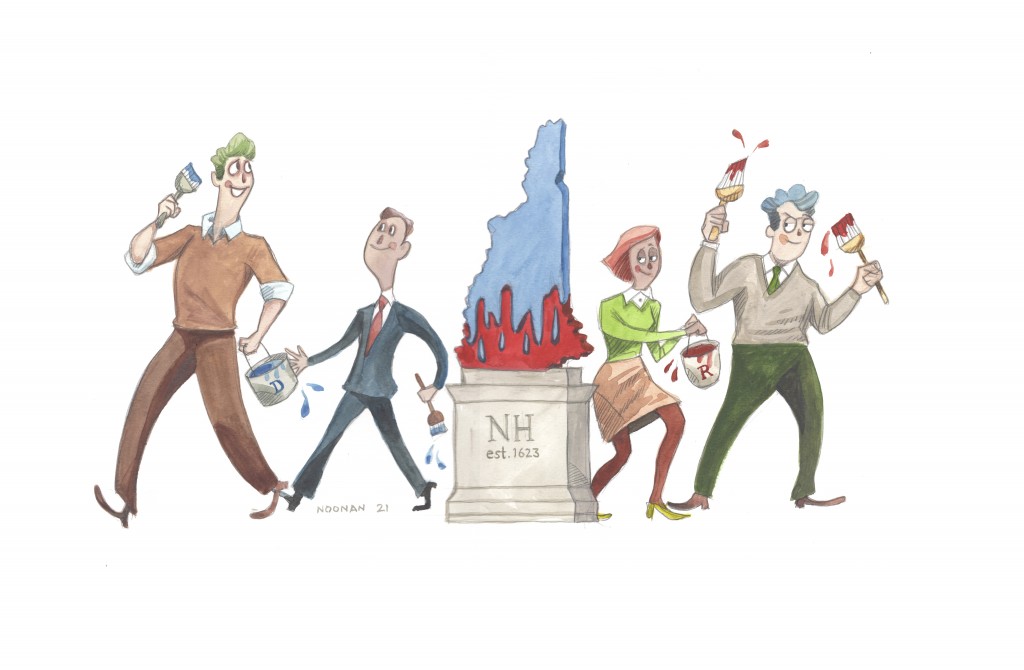 For nearly two decades, everyone knew the direction New Hampshire politics was headed. But after the 2020 elections, this longtime conventional wisdom might prove wrong.

Since 1996, New Hampshire has become more and more of a Democratic state. For a century, it was Republican-dominated. At the moment, it is a swing state. But the trendline has long been clear: Eventually, the state would be solidly Democratic just like the rest of New England. The 2020 elections suggest otherwise. New Hampshire may actually remain a swing state for a long time, if not actually tilt back toward the Republicans.

This might seem like a crazy statement. Yes, Democrat Joe Biden did just beat Republican Donald Trump in the state by seven points, a healthy win. Yes, Democrat Jeanne Shaheen defeated Bryant “Corky” Messner by 16 points. And, yes, both
Democratic members of Congress did win reelection.

But on the state level, the story was all about the Republicans. Gov. Chris Sununu was reelected by a margin that’s simply not been seen in a long time. The state House of Representatives and the state Senate both flipped to Republican control — the only state in the country where that happened.

The implications going forward are huge.

A decade ago, Republicans were basically in charge of redistricting, allowing them to rewrite the lines to give themselves the biggest partisan advantage they could. There was a backstop though: Democrat John Lynch was governor at the time, and he influenced the process even though there was a Republican-led House and Senate.

But there is now a Republican governor in town along with a Republican legislature. Beyond the implications for Concord, no one can stop them from ensuring that one of the pair of US House seats becomes solidly Republican. They just need to adjust the lines a little.

Looking ahead to some of the biggest races in the state, there are major Republican candidates willing to step up and run while Biden is president. Traditionally, such races are better for the party out of power, meaning the Republicans.

In 2022, Sununu could well decide to run for the US Senate against first-term Sen. Maggie Hassan, a Democrat. If he does, all indications are that former US senator Kelly Ayotte wants to be governor. By 2026, it seems more likely than not that Republicans could have both Senate seats, one of the US House seats, the governor’s office, and control both the Statehouse and state Senate.

Yeah, you would have to squint to see a Democrat. It would be a dramatic throwback to 1992 when Democrats only had a single member of Congress to show for their efforts — even if the Democrat running for president wins the state in 2024.

Why is this happening? In the 1990s and 2000s, the Republican Party became a party of the South and West, embracing a number of social conservative issues that aren’t in line with the Live Free or Die state. But now the Republican Party is largely a white, old, rich and rural party, which describes New Hampshire’s demographics in 2020.

New Hampshire was basically founded on the guiding principle that it was not Massachusetts. Politically, it appears like it will remain that way for a long time as well, no matter how it looked even a few years ago.