Cold River Radio Show Is On A Roll 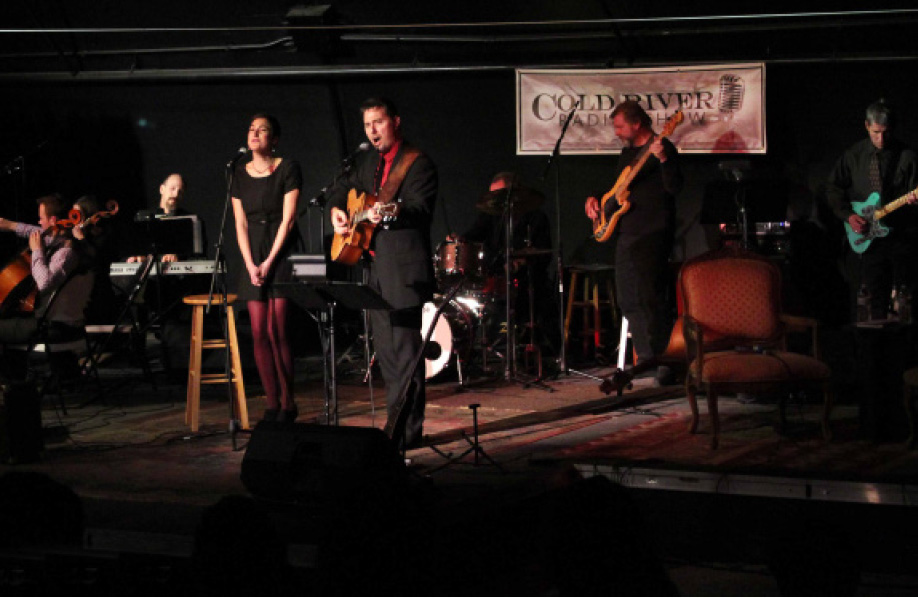 Now in its seventh year, and named after the idyllic fishing stream in the White Mountains that the western Maine-raised Sarty grew up fishing, the Cold River Radio Show is a variety program that reflects Sarty’s passion for storytelling, great music and his home region.

“The goal has been to promote the arts and culture of New England and to provide a noncontroversial source of entertainment for people. It’s apolitical and there is no religious bent to it — people can let their hair down and relax,” says Sarty.

UPCOMING AT THEATER IN THE WOOD

For online tickets, podcast, and more information, go to coldriverradio.com.

After appearing at local “hoot” nights in the Mount Washington Valley, musical journeys followed, with Sarty honing his talent by busking in parks throughout the US and forming a band, aptly named “The White Mountain Boys,” in Los Angeles in 2000. En route home to New England, the band stopped in Nashville, where Sarty recorded a few demos. Then he and the band brought their brand of Johnny Cash-inspired country rockabilly home to the Chatham area and built a solid fan base for their lively sets at local venues.

The band broke up in 2008 and Sarty did more solo work, later forming the Jon Sarty Band, known for its Tom Petty-styled danceable rock and performing at such annual gigs for good charitable local causes as the Boots ’n Bling fundraiser for Starting Point Against Domestic Violence’s annual charitable gala at The White Mountain Hotel in North Conway.

He and friend Vince Pelote started the Cold River Radio Show in 2012.

Based in a rural setting at Intervale’s 275-seat Theater in the Wood, the show was a hit among audiences from the start.

Each show is taped and broadcast on Conway radio station WMWV 93.5-FM Sunday mornings. New this year is a podcast, which Sarty hopes will enable him to broaden the show’s appeal outside of the Mount Washington Valley. 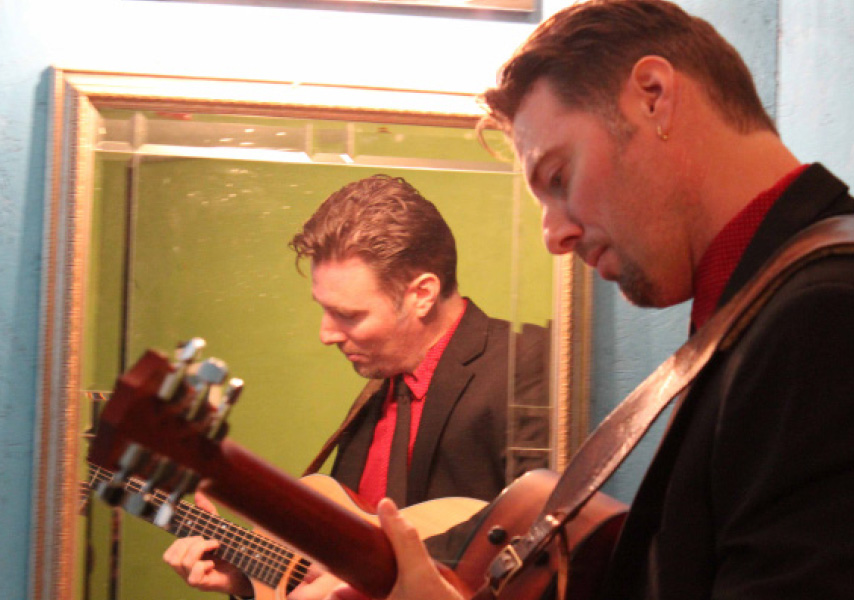 As a performing host, Sarty croons ballads from the American songbook, backed by the Cold River Radio Band. Each show features a range of talent, starting with a musical headliner (past performers have included Jonathan Edwards, Jon Pousette-Dart, David Mallett and The Mallett Brothers, to name a few). They also include an author, such as New York Times best-selling crime novelist Lisa Gardner of Jackson or Willem Lange of NH PBS “Windows to the Wild” and a storyteller or comedian. To round out the show, the “Local Spotlight” highlights an up-and-coming musician, and the “Mount Washington Moment,” which is a taped anecdote about the history of the “Top of New England” by Mount Washington Observatory historian Dr. Peter Crane.

There are no concessions at the Theater in the Wood, with audiences bringing their own bottles of wine or other favorite beverages.

At the end of each show, a meet-and-greet is held in the lobby with the performers. Local bookstore, White Birch Books, handles the merch, including CDs and books by the participants.

It’s all relaxed and up close and personal, just as Sarty first envisioned it, and the formula is working.

“Word has spread among performers, and we’re getting some attention,” he says. With the launch of the podcast, he hopes more regional radio stations throughout New England will discover the show so that it can grow its audience outside of Mount Washington Valley, which will continue to serve as its home backdrop.

“I think our being based in Mount Washington Valley as a setting for the show is very important because this is a very beautiful place,” says Sarty, “and it’s real.” Sarty relies on a team of dedicated volunteers, including his wife, Sally, whom he proposed to onstage at the conclusion of the 2013 season. They now have a 3-year-old son, Pierce.

For the Cold River Radio Revue at the June 27 Best of NH show, Sarty will be accompanied by pianist Joe Deleault and renowned fiddler Jordan Tirrell-Wysocki, both of Manchester. Brian Coombes and guitarist Myron Kibbee, from the Rocking Horse Music Club of Londonderry, will join them backing up Caroline Carter, an aspiring vocalist and former Miss New Hampshire.

The show will also feature the Americana folk duo of Bennett and Perkins of Conway, and there will be a special appearance of Evelyn Cormier of Claremont. Cormier just returned from several months of televised auditions and performances on “American Idol,” where she made it into the top 14 and got to meet with one of her personal musical idols, Chris Isaak, even performing a duet with him of his hit song “Wicked Game.”