A local guy lands on the Philadelphia Eagles’ cheer squad 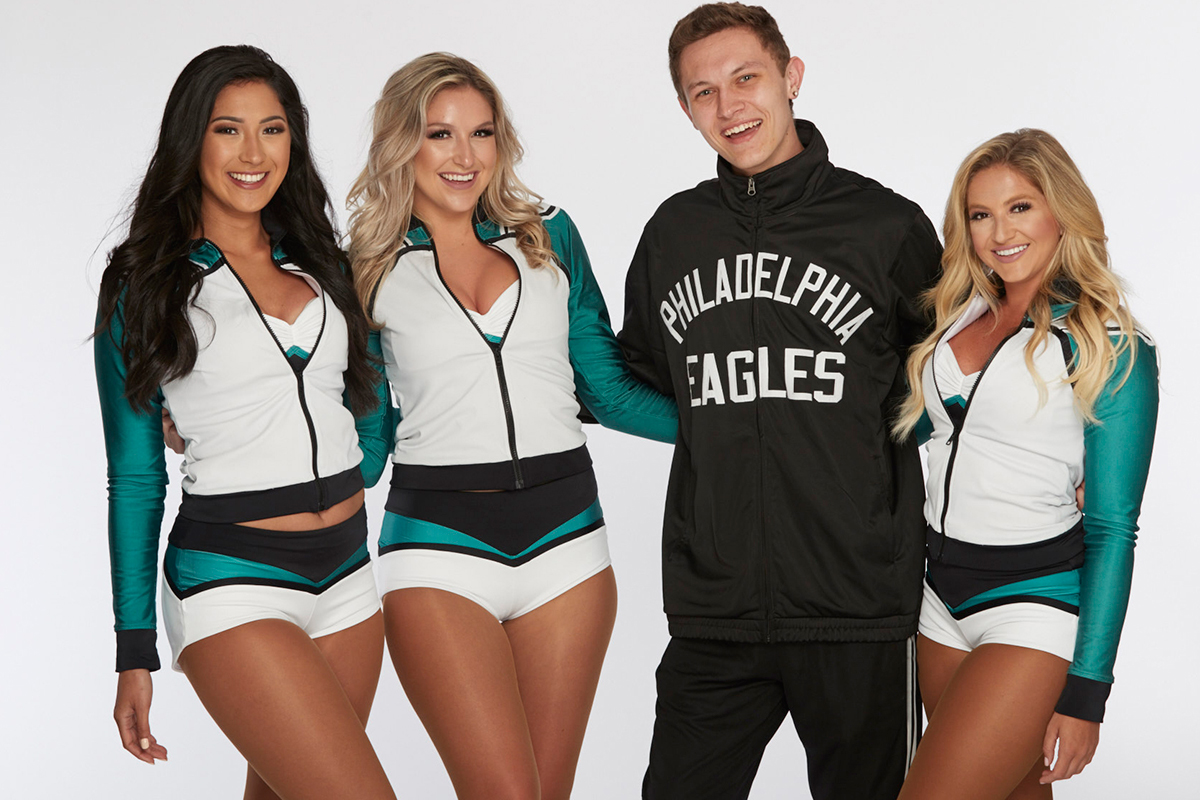 This is perhaps a tall ask for any New England Patriots fans who might still be reeling from the 2018 Super Bowl, but hear us out: You’ll want to make time for a few Eagles games in your Sunday NFL lineup this season.

We aren’t asking you to cheer on the team that beat your beloved Patriots in 2018, but we are asking you to cheer for one of the people cheering them on. Rochester’s own Kyle Tanguay is making his NFL debut and breaking down barriers as the first man to cheer for the Philadelphia Eagles in at least three decades, according to the team’s archives. (And we should note that Tanguay’s not the only Granite Stater breaking gender barriers on the NFL sidelines this year: Driss Dallahi, from Londonderry, is part of the Patriots’ cheerleading roster.)

For Tanguay, who got his start cheering at Spaulding High School, joining the Eagles’ squad is a dream come true. Even so, he wasn’t quite prepared for it to happen so soon — and especially not while he’s still wrapping up his college degree.

“I’m obviously super-excited that it’s happened and it’s definitely completely changed the route that I ever pictured for myself as a dancer and a performer,” says Tanguay. “But it’s something I only briefly thought about because I wasn’t sure what the possibilities were.”

A rising senior at the University of the Arts in Philadelphia, Tanguay took a chance on auditioning for the Eagles after seeing that another NFL team — the Los Angeles Rams — hired two male cheerleaders in 2018. Seeing that, and knowing that the Eagles franchise had a history of being “super-inclusive and super-diverse,” it seemed worth a shot.

But making the squad wasn’t easy. Tanguay went through four rounds of tryouts — which tested not only his dance skills but also included fitness tests, an interview, on-stage speaking presentations and modeling — to earn his spot. 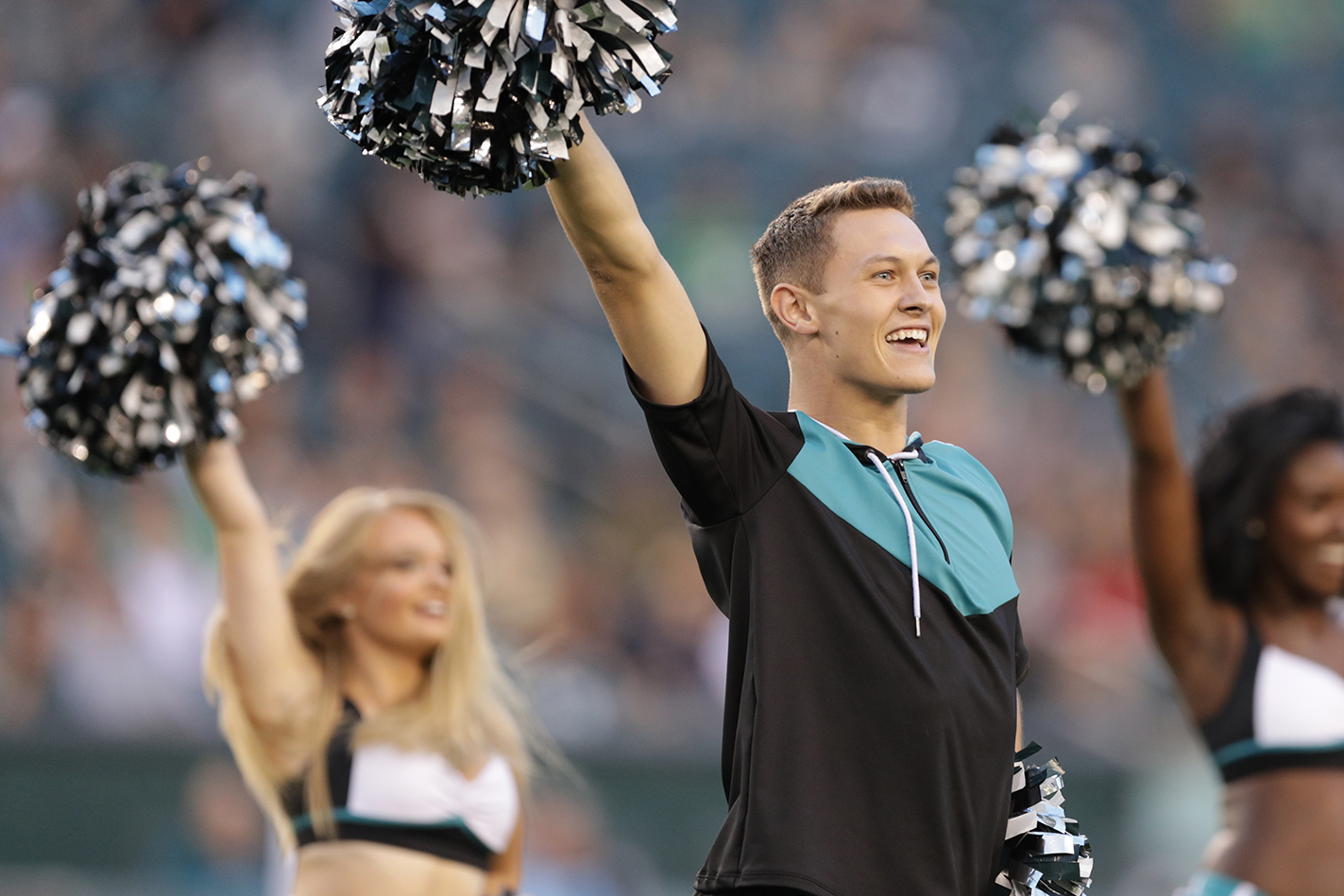 “It was never really about being the first,” he says. “It was just about going for something I really wanted to do, being a part of an organization that I’m completely in love with and so excited about.”

Tanguay hopes to get as much out of his senior year at UArts and his time with the Eagles as possible, but he has no plans to stop there. He’d love to try dancing on Broadway, tour with a professional artist or land a gig performing on cruise ships — but ultimately, he’d like to give back to future generations of dancers in the same way his teachers at Fusion Dance Academy in Dover inspired him.

“The only end goal I have is I would like to in the next 15 years receive my MFA in dance and settle down somewhere to open my own studio and teach at a local university,” Tanguay says.

As football season kicks off, Tanguay says his family and friends — even the loyal Patriots fans among them — have been incredibly supportive of his new endeavor with an opposing team.

“Yeah, there was the occasional eyeroll or whatever, but for the most part they’re so excited,” Tanguay says. “To be from New Hampshire, which is such a small state, and do something like this so far away and in land that’s relatively new to me is really exciting.”