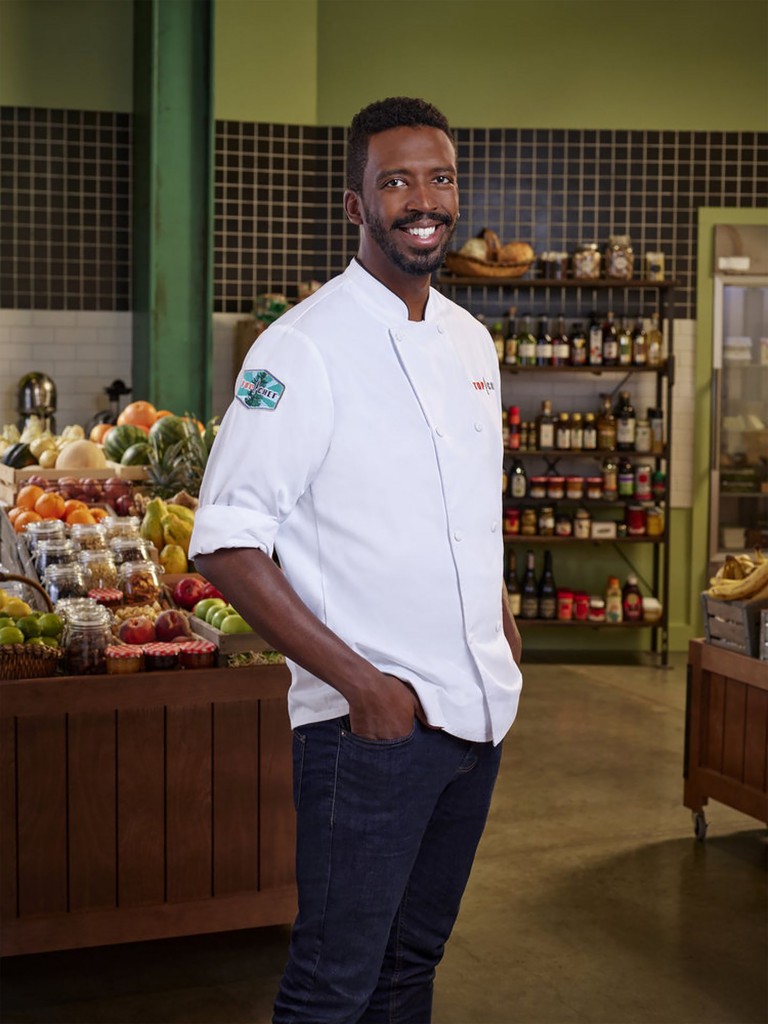 Chris Viaud weathered plenty of challenges in 2020: launching a new business (Culture, a sister bakery to his flagship farm-to-table restaurant Greenleaf in Milford), changing staff rosters, innovating amid the ongoing pandemic — the list goes on. But when he got an invitation to appear on the latest season of “Top Chef,” Bravo’s long-running culinary competition, he didn’t hesitate to push himself even further.

Viaud made it through nine rounds of the show before host Padma Lakshmi asked him to “please pack [his] knives and go.” But even if he isn’t bringing the “Top Chef” title back home to New Hampshire, he has brought back plenty of creative inspiration and a commitment to keep bringing new flavors to the local food scene.

This spring, Viaud debuted the latest addition to his restaurant portfolio: Ansanm, a celebration of the Haitian Creole cuisine he grew up eating and cooking with his parents and siblings. And at Greenleaf and Culture, he’s as much focused on elevating locally sourced ingredients as he is on cultivating space for community.

Those values are reflected in Ansanm’s name, which means “together” in Haitian Creole, but also in its menu. Viaud says he’s loved being able to partner with Fresh Start Farms, which supports local new American immigrant and refugee communities, to source tomatoes, squash, okra, collard greens and other ingredients he’s been experimenting with as part of his
new endeavor.

“I wanted to dive deeper into my culture through food,” he says, and he’s trying to make space for others to do the same.

“I’ve had many people from other cultures and countries say I’m an inspiration to them — I’ve never thought of it that way, I’m just doing the work that represents me and my family the best,” he says. “It does make me want to reach back out and better help those who want to get more involved in their communities.”

The reality show spotlight helped to build even more buzz around Viaud’s restaurant, which was especially welcome after a year that forced the restaurant to close for a month and a half during the height of the pandemic’s winter surge. When Greenleaf did cautiously reopen this spring, Viaud says it was with a “new sense of urgency and creativity” — and a new crowd of customers, from New Hampshire and beyond.

“That was definitely one of my goals,” he says, “giving the state of New Hampshire and the town of Milford some exposure.”

He’s stayed in touch with fellow Top Chef competitors and has even partnered with them on some new dinners, like a recent Juneteenth Jubilee Dinner in Texas — described as an “immersive five-course dinner experience [celebrating] the history of Juneteenth, while amplifying the idea of food and freedom throughout the African diaspora.” As his platform has grown, Viaud is eager to keep using food as a means of communicating about history and the present alike.

“It’s really becoming important for us to use any voice we do have — through music, through art, through food — to be able to find these connections that will have a lasting impact and share how the nation is going to be affected through future generations,” he says.