In New Hampshire politics, recent-transplants-turned-candidates are the norm 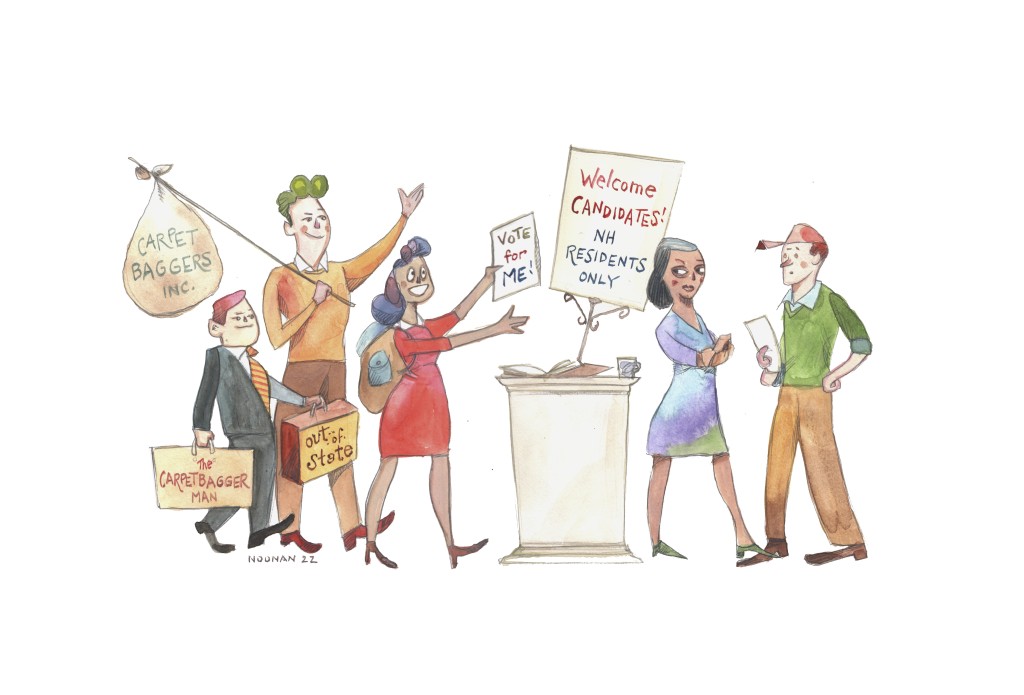 When Karoline Leavitt tells voters that she should be the Republican nominee for the U.S. House seat in the state’s First District, she offers a statement that is both odd to hear and yet totally appropriate.

She notes that she is actually from New Hampshire.

In the Granite State lately, such a fact isn’t a given. The two other leading candidates in her contest are recent residents of the state. Gail Huff Brown moved to the state in 2014 when her husband, Scott Brown, ran for the U.S. Senate. Matt Mowers, the other candidate, only moved back to the state ahead of his 2018 run for this same Congressional seat.

Carpetbaggers, as recent-transplants-turned-candidates are often called, are not that unusual in politics, but in recent years, no place in the country has seen more credible carpetbagging candidates than New Hampshire. It was rarer back in the 1960s when Endicott Peabody served a term as Massachusetts governor, ran for the U.S. Senate there and then ran for U.S. Senate from New Hampshire.

Chris Sununu is the first governor in decades to actually grow up in the state. Maggie Hassan and John Lynch grew up in Massachusetts. Craig Benson was from New Jersey. Jeanne Shaheen grew up in Missouri.

The current trend dates back to 2014, when Scott Brown switched his voter registration from Massachusetts to New Hampshire — a month or so later, he was a candidate. Sen. Bob Smith had moved to Florida a decade prior, but moved back to run against Brown. But it was Walt Havenstein, the Republican nominee for governor, who had to prove to the state’s Ballot Law Commission that he met the seven-year residency after moving from Maryland. While the evidence was pretty damning, the BLC rarely kicks candidates off the ballot. (Havenstein quickly moved out of the state after the election. So did Smith.)

There have since been a number of candidates who seemingly became New Hampshire residents one minute and candidates the next. In 2016, it was Democrat Shawn O’Conner who made an unsuccessful primary challenge against Carol Shea-Porter after moving from New York City.

In 2018, the most prominent mover was Democrat Maura Sullivan, who had a military background and deep political connections. For a minute there, it looked like she was on track to defeat the deep-rooted Chris Pappas in a primary that also included Bernie Sanders’ son, Levi, who lived at least an hour from the nearest spot in the district. In 2020, the Republican nominee for U.S. Senate was Corky Messmer, who had just moved from Colorado to run for Senate (and even initially set up his campaign account there) and Mowers, straight from Jersey, who eventually lost to Pappas.

This year, not only are Mowers and Huff Brown running, but so is Vikram Mansharamani, a Republican for the Senate, who moved from Massachusetts during the pandemic.

So, why is this happening in New Hampshire? First, it’s a swing state with lots of incumbent turnover and open seats. Second, winning a major job in the first-in-the-nation primary state puts you in direct contact with future presidents. Third, roughly two-thirds of the state’s residents are themselves from somewhere else. Fourth, it’s a beautiful, low-tax place to live next to a major metropolitan area. Many new candidates already had a vacation home here.

The only question is, how much will this trend continue, and what does it mean for New Hampshire politics if it does?