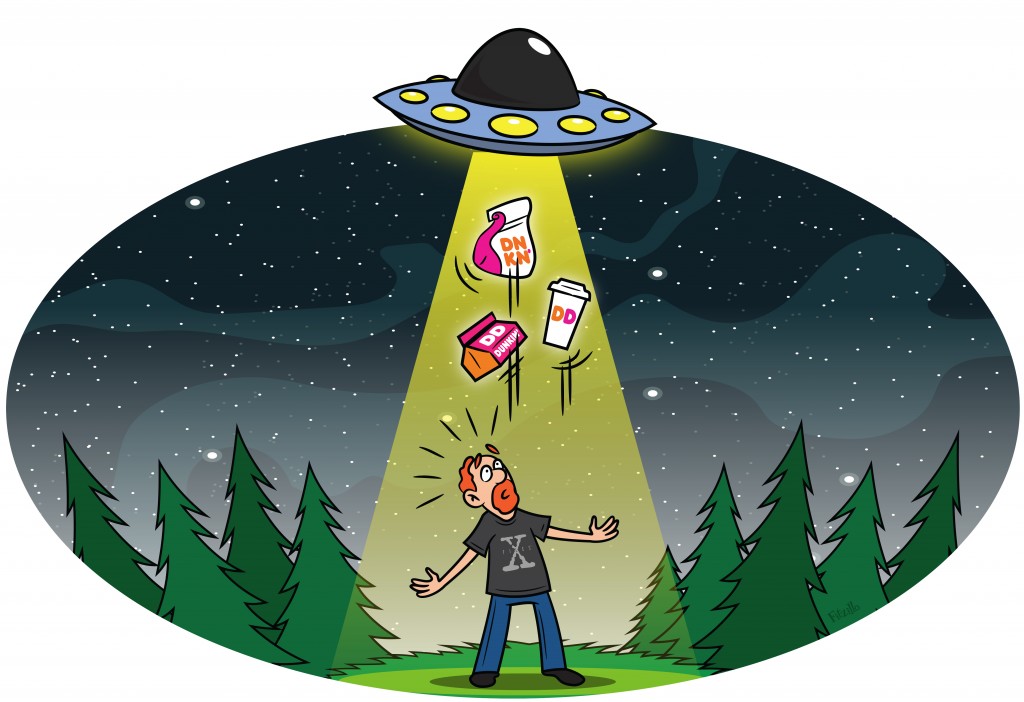 New Hampshire residents, particularly in the southern part of the state, have had a good number of renowned encounters with extraterrestrials and their futuristic transports — Betty and Barney Hill and the Exeter Incident among the more notable.

When’s it going to be my turn?

As someone who was a kid in the ’70s, it was very much a part of our pop culture. Luke wanted to go to Toshi Station, Roy Neary fashioned a mountain out of mashed potatoes, and Kirk had 100 quatloos bet on him at Triskelion. After school, I’d watch “Star Blazers,” and at night, grainy broadcasts of “Doctor Who” on a tiny black-and-white TV that got Channel 11 if the tinfoil antenna was pointed in the right direction and the weather was right. It was all around us, all the time.

So, I was understandably fascinated by the idea that aliens could be hanging out in Exeter. I saw “Close Encounters of the Third Kind” in the movie theater, and thereafter, when our family was driving anywhere at night, I’d scan the skies.

We lived on a lake in Barrington at the time. There was very little light pollution, and every night the heavens stretched out endlessly. But much to my disappointment, there was also very little evidence of flying saucers. Still, I stayed alert. I knew that if I remained vigilant, someday in the far-flung future — like the 1980s — I would stumble into my own close encounter. I did, but it ended up just being Rick Nielsen from Cheap Trick on Hampton Beach. It was raining, and he put a trash bag over his head and walked into walls. I assure you this really happened.

I thought by now we’d be in our own flying cars, blasting womp rats with laser rifles on Betelgeuse. Instead, when I did take down an animal, it was with a Subaru in Plaistow — about a zillion parsecs from the galactic environs I had envisioned and not nearly as lasery as I hoped. Where is my holodeck? Where is my Romulan ale?

The only alien-related artifacts I’ve been able to get my hands on are Reese’s Pieces and a light saber I made at Walt Disney World. Jimmy Carter, Sammy Hagar and Kurt Russell all have UFO stories. Good old Bill doesn’t, quite yet, but I’ll keep my eyes on the sky.

And though I never did catch a glimpse of something unexplained streaking across the horizon or an alien creature standing back-lit in the middle of a lonely country road (I’ve seen enough “X-Files” to know that, if you’re going to see an alien, it’s going to be fairly flamboyant and look like it was shot by Roger Deakins), I welcome the opportunity.

Besides, Toshi Station sounds like a pretty cool place. A note to the Grays: I’m like, one town over from your — let’s just say it — melodramatic Exeter Incident. I’ll meet you at the Dunkin’s just off 101. Let’s do this.