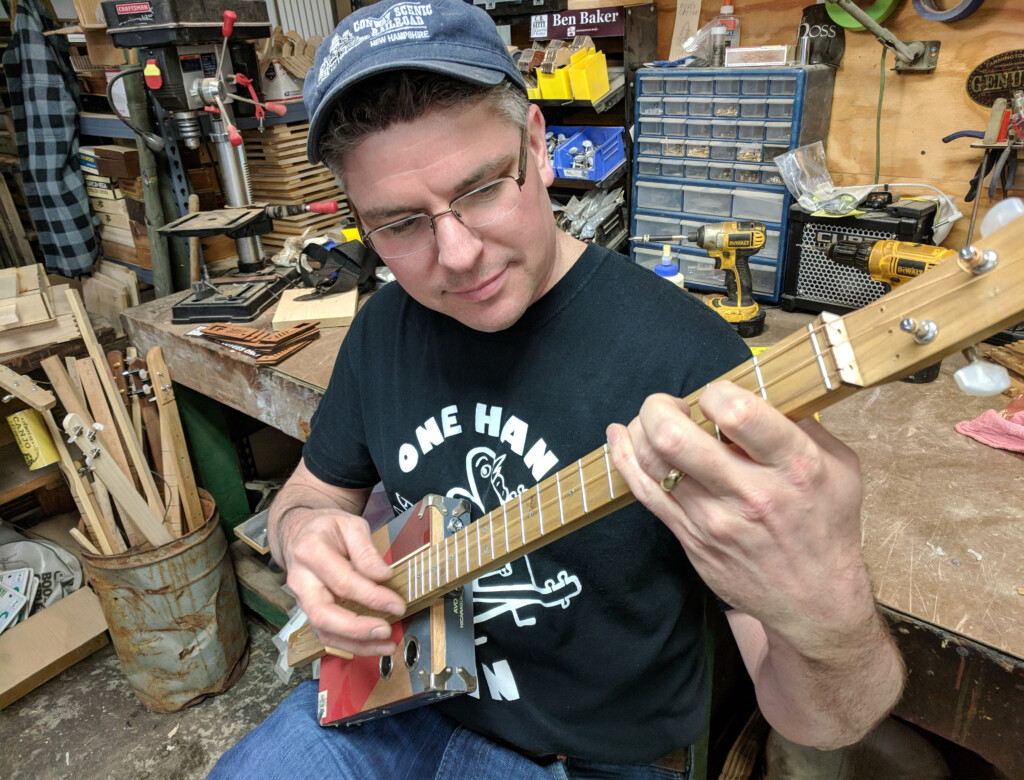 On a train ride to visit family a few years ago, Ben “Gitty” Baker struck up conversation with a stranger in the café car who shared enthralling tales of traveling the country by railroad. Baker, already a rail enthusiast, was instantly inspired.

“I was like, ‘I want to do that someday — I want to go all the way around the country by train,’” Baker says. “So I started planning it in 2019. And then something happened.”

With COVID-19 abruptly halting any travel plans, Baker decided to focus on his business, C. B. Gitty Crafter Supply in Rochester, which — as a purveyor of do-it-yourself musical instrument kits — found itself coincidentally poised for success during the pandemic.

As the world became safer and Baker racked up travel reward points on his credit card, he finally stepped aboard the Amtrak in Dover, departing on the trek of a lifetime. Traveling through Chicago, New Orleans, Seattle and plenty of places in between — including, perhaps most meaningfully, his hometown in Ohio — the journey became so rewarding that he decided to author a book on the experience: “The Ramblin’ Railfan: A Trip Around America by Train.”

“Growing up, I had seen trains going by until I moved away from home, and those tracks ran down the middle of my life,” Baker says. “And to roll over them and look out the windows at the sights and the scenes that I knew so well, shrouded in the mists of nostalgia and memory, that meant a lot.”

Baker describes his book as “part photo journal and part anthem to the joys of travel by rail,” an antidote to the hurried experience of air travel.

“In a lot of ways modern travel is becoming this soulless thing,” Baker says. “Whereas travel used to be adventure — it used to be exciting.”

Baker worries that travelers are overlooking the fun of an escapade when they board a commercial cross-country flight, forgetting all the magic that lay below. Of course there’s always the option to drive — but then you’d miss unwinding in a sleeper car, shooting the breeze with a fascinating stranger and witnessing bountiful landscapes that roads simply can’t access.

“In some of those mountain passes,” Baker says, “there are only rails.”

Baker hopes to eventually ride all of Amtrak’s long-distance routes. He’s about halfway through that goal — and trying to enjoy the journey in between.