Fear and loafing in New Hampshire 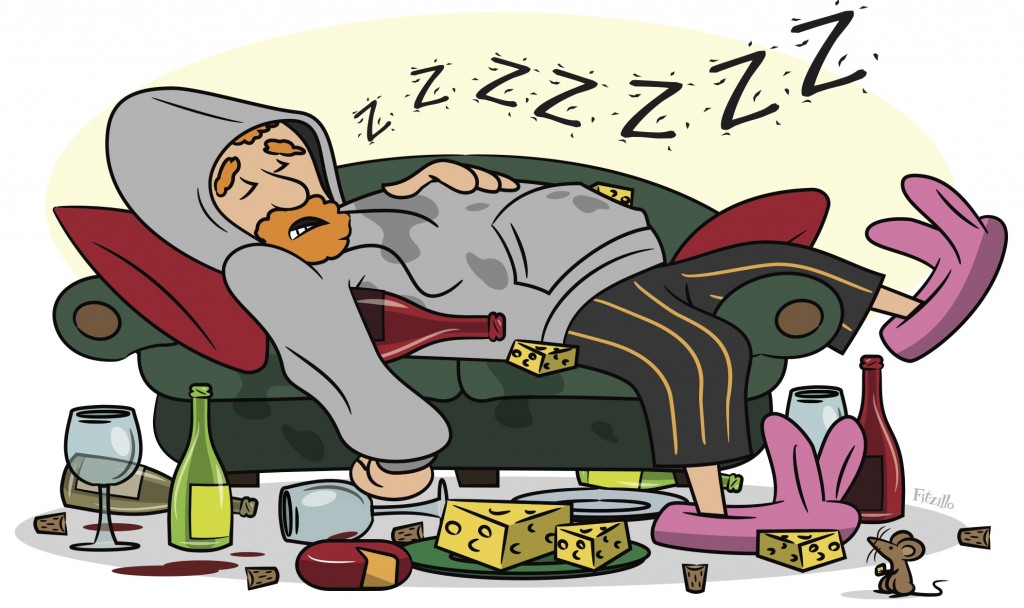 I should probably put my pants back on.

We’ve just wrapped up what’s normally referred to as the most wonderful time of the year — a span wherein I live in a pair of Bruins flannels for a fortnight and subsist mainly on leftovers and beverages that come from bottles with corks in them.

I speak, lovingly, of the Holiday Hermitage — an annual 10-to-14-day retreat into the couch, the hoodie and various cheeses.

It is magical and glorious, I look forward to it all year long, and by the end of it, I’m more Macy’s parade float than man.

Any other year, I’d talk about how it’s a break from the normal — an annual observation wherein I reside couch-side for more time than usual. Then the pandemic came, making all of this very much routine. Instead of a glorious period of self-care/self-destruction, it’s now just called “Tuesday.”

During this period of bacchanalian indulgence, I’m usually reminded of a thought I had in Vegas a few years back: There’s no way I’m going to survive this. Only I always do. So far. I’m a simple man. Give me a reason to not leave the house, an Xbox remote and carbs aplenty, and I am in heaven. I shall binge TV shows and watch college hockey games from 1986 because, thanks to the pandemic, it’s all that’s available. Leading up to the hiatus, I’ll renew acquaintances with Brian down at Zorvino Vineyard, about a mile from my house, where (let’s face it) my acquaintance doesn’t really need renewal. There will be a flurry of prep work around the office, and then one day it’ll end. I will sit, and I shan’t rise again for a time.

One of the great things about my job is that I can save up vacation days and tuck them all nicely between Christmas and New Year’s. It’s a long enough break that I forget how maddening it is to navigate Bridge Street and find parking in the Manchester Millyard. So when American idle season arrives, it’s time to reconnect with the people next to me on said couch.

One of the reasons it’s become such a jealously guarded sabbatical is because it’s the most uninterrupted span I get with my wife and daughter than at any other stretch throughout the year. This year, our 18-year-old will be home on college break after being away for the first time. When she was in elementary school and even high school, we’d get that entire week to just sit, talk and spend time together. Then, every year, some stupid idiot invents time and the Hermitage ends.

Depending on when the holidays fall, it’s a nearly two-week span of living like I hit the lottery in many ways. Because, if I did come into a massive amount of money allowing me to live every day doing exactly as I wanted, it would look a lot like this annual holiday break: me, the kid, Mrs. Burke and cheeses.

Only this year lacked that feeling of getting away with something, since we’d been rehearsing for it for lo these past nine months. And, unfortunately, I’ve gotten good at it.