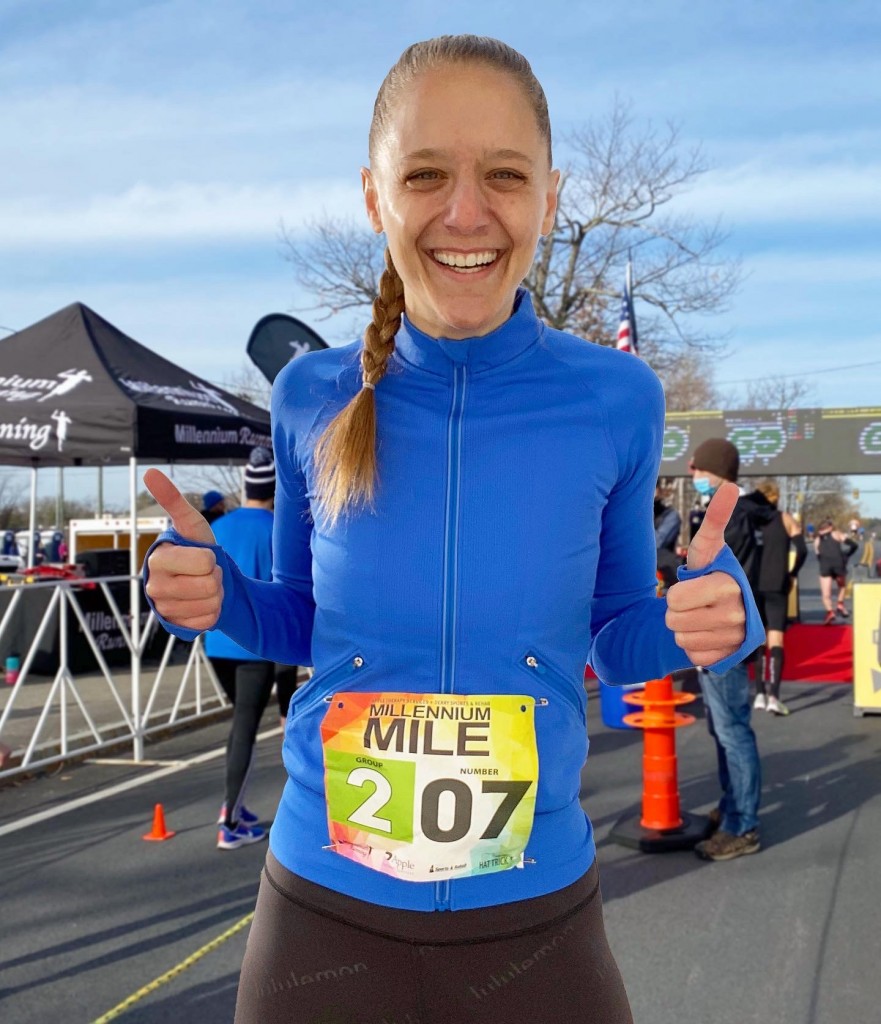 If you’re a runner with a story to tell, Ali Feller wants to hear it. And before you start second-guessing the speed of your last few laps or questioning whether your jog around the neighborhood really makes you worthy of that title, she wants to make one thing clear: “If you run, you’re a runner; it’s that simple.”

After all, there was a time when Feller could’ve never imagined herself as a runner — much less as the face of “Ali on the Run,” a podcast and online community that’s found popularity among marathoners and quarter-milers across the globe. Long before thousands were tuning in to hear her chat with Olympians like breakout bronze medalist marathoner Molly Seidel and steeplechase silver medalist Courtney Frerichs, Feller was just trying to keep up with her first few miles. As a kid growing up in Hopkinton, dance was her sport of choice.

“You can call Mr. Martin, my fifth grade gym teacher at Maple Street [Elementary] School, and he will tell you that the mile on Presidential Physical Fitness Test Day was not my strength,” she confides.

She turned to running as a twenty-something, in part, out of frugality: She was living on a writer’s salary in New York City, and she couldn’t afford a gym membership.

“My first run was in jazz sneakers, which I do not recommend,” she says now, with a laugh.

At the time, she didn’t have a GPS or a fancy app to track her progress, so she learned to measure her distance in other ways: by the number of lampposts she passed on her route along the East River, or the ease with which she could make it to the dog park exactly one mile from her front door. Soon, she channeled this newfound passion into a running blog — which grew into a running podcast, which now boasts more than 400 episodes, 6 million downloads and 2,000+ five-star ratings on iTunes.

Feller’s show is having something of a breakout year, thanks in part to the buzz surrounding track and field at this year’s Olympics and Paralympics, in part to the authenticity Feller brings to her public persona. Her Instagram feed features candid reflections on racing, raising a young daughter or rediscovering the beauty of her home state as a newly resettled New Hampshire resident. Her podcast doesn’t shy away from conversations with some of the sport’s most famous names about body image, mental health and more.

“It’s been really cool to chase down those stories and to see what resonates,” Feller says. “And it’s not just the gold medal stories — it’s the stories of disappointment, it’s the stories that are more than just people showing up and competing. Who are they, as people, and what hurdles have they faced to get to that starting line?”

Returning home to Hopkinton in 2020 has given Feller the chance to explore a new side of her home state. She’s a regular announcer at races hosted by Millennium Running, and she’s logging some long-overdue miles on some amazing trails she never realized were right in her backyard. All the while, she’s also introducing her daughter to the joys of the local ice cream stand, the Hopkinton Fair and hikes up Mount Kearsarge.

“I’m getting to see this town in a way that I never knew, both as a runner and as a mom,” she says, “and that’s really, really special.”