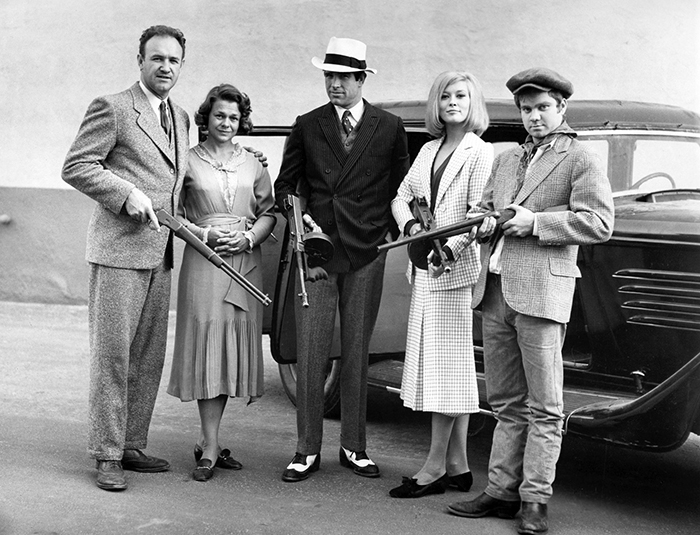 Estelle Parsons (second from left) won an Oscar in 1968 for her portrayal of Blanche Barrow in “Bonnie and Clyde.” She was nominated the next year for her role in “Rachel, Rachel.”

The nature of New Hampshire — It never disappoints and often inspires

When I was a schoolgirl, I read in the Boston Herald that hate was the other side of love. I couldn’t fathom it. I had known love with my Swedish grandmother. She died when I was 5 in Wolfeboro, New Hampshire, where we lived in the summer on beautiful Lake Winnipesaukee, “the smile of the great Spirit.”

Our “camp” on the lake reminded her of Norland, a part of Sweden near the Arctic Circle, which was her home.

Her death, the closure of our relationship, made it clear to me that our relationship was different from any other I had in my life. It was love, but there was no hate. Impossible to fathom: love and hate, until I looked back on my relationship with New Hampshire.

I know I have been in Wolfeboro all my life because we have a home movie where I am crawling on the front porch at six months of age.

The lapping of the water, the wind in the trees, the sounds of nature remain the same, but the water, once crystal clear now displays the result of excessive motor boating and other overuse. Two of our big trees have fallen over in my lifetime.

Starting April 19, the weekends meant going to Wolfeboro. The summers meant staying in Wolfeboro, the fall weekends until October 12 meant going to New Hampshire. I would rather have been with my friends, but that could not compete with my Mother’s “It’s heaven on earth, why would you not want to be there?”

At the age of 16, I broke away, started working in summer theaters, as an apprentice, then an actress (my other love-hate relationship), and then I stayed away for a long time. 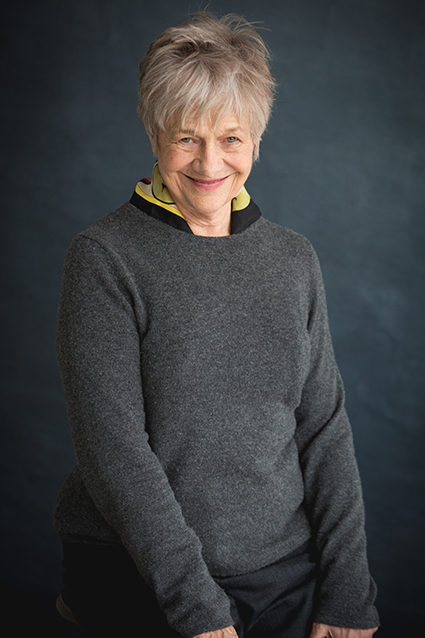 About the author: Actor, singer and director Estelle Parsons’ lengthy and successful career includes television, film and the stage. She won an Academy Award for her role in “Bonnie and Clyde,” and was nominated the following year for “Rachel, Rachel.” She has either starred in or directed dozens of plays on and off Broadway, and was nominated for a Tony Award several times. On television, Parsons appeared in “All in the Family,” but is maybe best remembered as the mother of Roseanne on the eponymous show. She also taught acting at Columbia and Yale, and served as the artistic director for the “Actors Studio.” Parsons has kept a home in New Hampshire for all 92 years of her life.

Nature cannot compete with human relationships or ambition. Why should it? Its message to us is different. It is always there. It never disappoints and often inspires us. Is it cruelty or is it reality, or are they both the same? Is that why most people don’t like to face the truth — because it is so often cruel in its reality, so in your face; everything is born, sprouts. Life comes and it goes — the egg falls out of the nest on the back porch, robin’s egg blue, and smashes, the limbs of the tree crack loudly and fall off in a storm. The little sailboat capsizes in a squall — we must always be prepared for what comes next.

The pressure of humanity as you encounter it through life is always pushing you out of who you are, who you really are. People are always trying to make you what they want you to be. Where is your true path, the one you know to follow because you have been with nature and you have learned who you are. But along comes the pressure of people, human society, perhaps civilized, but less and less so, pushing you to conform to it and not stand by yourself (like the tall pines) and weather whatever is coming along.

When I had succeeded for myself in life and the world “knew” me, I joined the Appalachian Mountain Club, learned to backpack, and took myself off to Alaska, having learned from New Hampshire and the nature I knew that it would be my salvation — that it was possible to remain the person I knew as myself. How did I know that person who was myself? I knew that person because I grew up in the nature of New Hampshire — the trees, forests, mountains, lakes, streams, the cold (very cold), the hot (very hot).

Once upon a time I had been curious, thoughtful, silent, courageous (righted that sailboat), a steadfast communicant with the natural world. I could remain that through my whole life, because of the world I had experienced in my lifelong love-hate relationship with New Hampshire.