A Weekend Getaway in Gorham

Take in the history, skiing and beautiful scenery in Gorham this winter 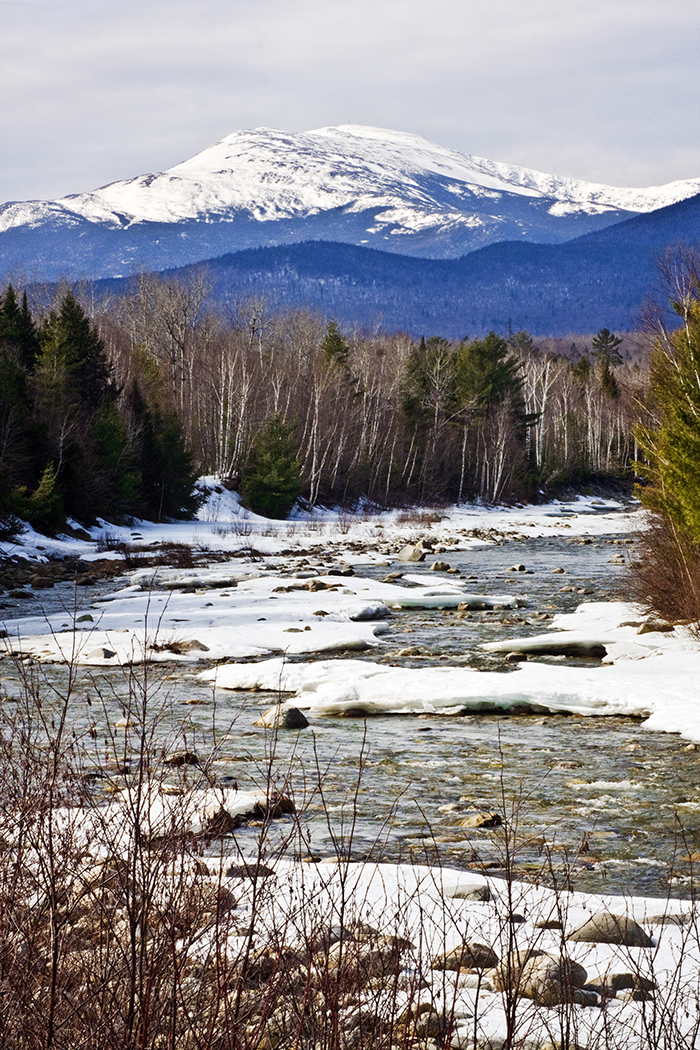 The White Mountains from along Route 16. Photo by Stillman Rogers

It doesn’t take much to entice us into heading north when there’s a good layer of snow on the ski trails in the White Mountains. News of a new hotel opening on the site of the historic Glen House makes a trip to Gorham all the more appealing.

The Glen House Hotel, at the base of the Mount Washington Auto Road, opened only a few months ago, and is the fifth hotel on that site. The original was a converted farmhouse opened in 1852 and enlarged in 1866. It and three subsequent hotels fell to fire, the fate of most of the early White Mountains grand hotels. Until the new Glen House Hotel opened, there had not been a hotel on the site for 50 years. The new building honors the earlier ones with its clapboards and painted trim, but embraces 21st-century technology to make it close to energy self-sufficient and carbon-neutral, with geothermal heating and cooling and two energy-generating systems using hydro and solar power.

Before the building of the carriage road up Mt. Washington, guests at the original Glen House amused themselves with hiking and climbing and visiting the little roadside trading post run by Dolly Copp. Twenty years before the hotel opened, Dolly moved to Gorham with her husband Hayes, who had cleared enough forest for a small cabin and farm. They lived there for 50 years (exactly 50 to the day, but that’s another story), and Dolly became known for her beautiful woven and dyed linen and woolens, which she sold, along with maple syrup, butter, cheese and other products from their farm. She became quite a local character.

Although heavily timbered in the intervening years, the woodlands rising up the slopes above the Copps’ old farm look much as they did when Dolly and Hayes wrested their living from this valley. Now part of the vast White Mountain National Forest, the farm is the popular Dolly Copp Campground, where a monument remembers the early owners.

The first road — barely a track — went through Gorham in 1803 and it became a town in 1836, but is wasn’t until the Atlantic and St. Lawrence Railroad opened in 1852, making it the closest rail access to the White Mountains, that it became a prosperous town. The Gorham Historical Society Museum, located in the old rail station, recalls the days when rail was the town’s lifeblood, bringing it commerce and tourists. The station and rolling stock on the nearby tracks display artifacts of town and rail history. There’s an exhibit on the steam era, a model railroad, a Baldwin steam engine, a diesel locomotive, a boxcar, snowplow, caboose and other railroad equipment used in the extensive locomotive yard and repair facility. 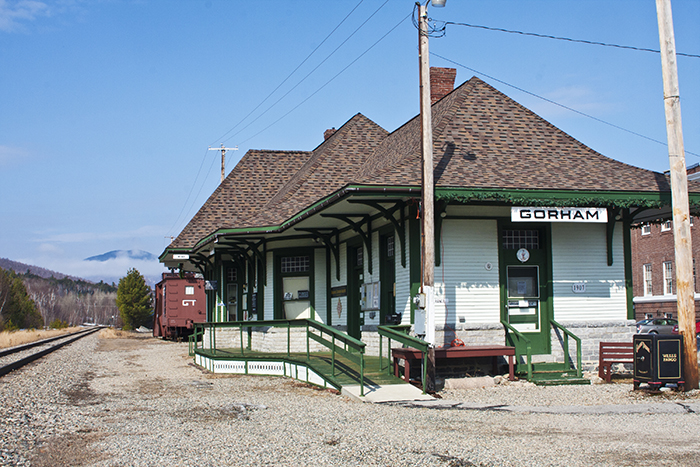 The White Mountain Station, as it was known, was the stop for tourists from Boston and Portland headed for Glen House and the several hotels that quickly sprang up in Gorham. The largest, Alpine House Hotel, was built by the railroad, which had a vested interest in promoting tourism to the eastern White Mountains. The railroad also paid to improve the road from Gorham into Pinkham Notch, and to build the Glen Bridle Path to the summit of Mount Washington.

In 1861, a new attraction brought tourists to Gorham when the Mount Washington Carriage Road opened, climbing 8 miles to the summit of the mountain. It was proclaimed as the first man-made attraction in the United States, and passengers could ride to the newly built Tip Top House in a Concord Coach. At the turn of the 20th century, automobiles made their first ascent — a Stanley Steamer in 1899 and the first gasoline-powered cars in 1902. Motorized coaches replaced horses, and the name changed to the Mount Washington Auto Road as well. In warmer weather, at the Douglas A. Philbrook Red Barn Museum you can see some of the vehicles that climbed the road throughout its long history, including an original Concord Coach and a 100-year-old Pierce-Arrow.  The museum, which is free to visit, is open from June through October.

Meanwhile, logging operations flourished, as lumber companies built mills in Gorham to manufacture boards and building timber. In 1904, the Brown Company built the Cascade Mill alongside the Androscoggin River, bringing unfinished paper products from the Berlin mill by locomotive for finishing. That mill still operates as Gorham Paper and Tissue. 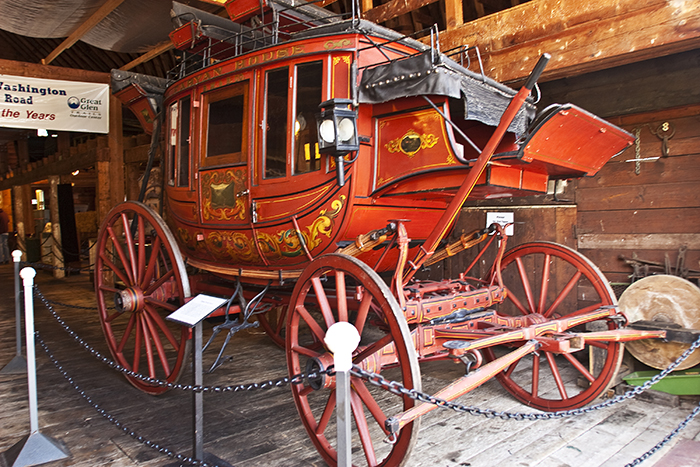 Route 16 drops out of Gorham into a series of unincorporated places: Martin’s Location, Green’s Grant and, Pinkham’s Grant, now all part of the White Mountain National Forest, as is Bean’s Purchase, just to the east where Wildcat Mountain Ski Area is located. Downhill skiing is just one of the winter sports opportunities around the base of Mt. Washington, which forms the impressive western wall of Pinkham Notch. The Mount Washington Auto Road becomes the venue for the SnowCoach, a van-like vehicle driven by four tracks that carries passengers up to Mt. Washington’s tree line at approximately 4,200 feet. The landscape changes as the coach climbs through the snow-covered forest and into the subarctic zone, where trees become stunted and more heavily coated in rime. Each morning, early birds can ride the SnowCoach to the tree line to watch the sunrise.

Back down at the base, Great Glen Trails rents skis, snowshoes and other equipment to use on their 28 miles of cross-country and snowshoe trails. Skiers of any skill level can learn from the best here: The ski school director is Olympian Sue Wemyss.

For all its miles and miles of wooded wilderness, this part of the state is not just for hearty outdoors types, though. For a town of its size, Gorham itself offers a surprising mix of dining and diversions. Along with showcasing the works of local artists and the photography of Carla Broman and others, Gateway Gallery sells framed White Mountain memorabilia, including old photos, tourism advertising and vintage postcards in double-sided frames to show the stamps and messages.

At the White Mountain Café and Bookstore you can have breakfast, lunch or a baked goody with a cup of fair trade maple latte while browsing books on the White Mountains. Also on Main Street, Marie’s Boutique has stylish women’s clothing and accessories from scarves to shoes. Medallion Opera House, in the restored town hall, hosts local and traveling professional performances and musicians. And when we’re in Gorham, we never miss the chance to have dinner at Libby’s Bistro or a local craft brew downstairs in SAaLT Pub.