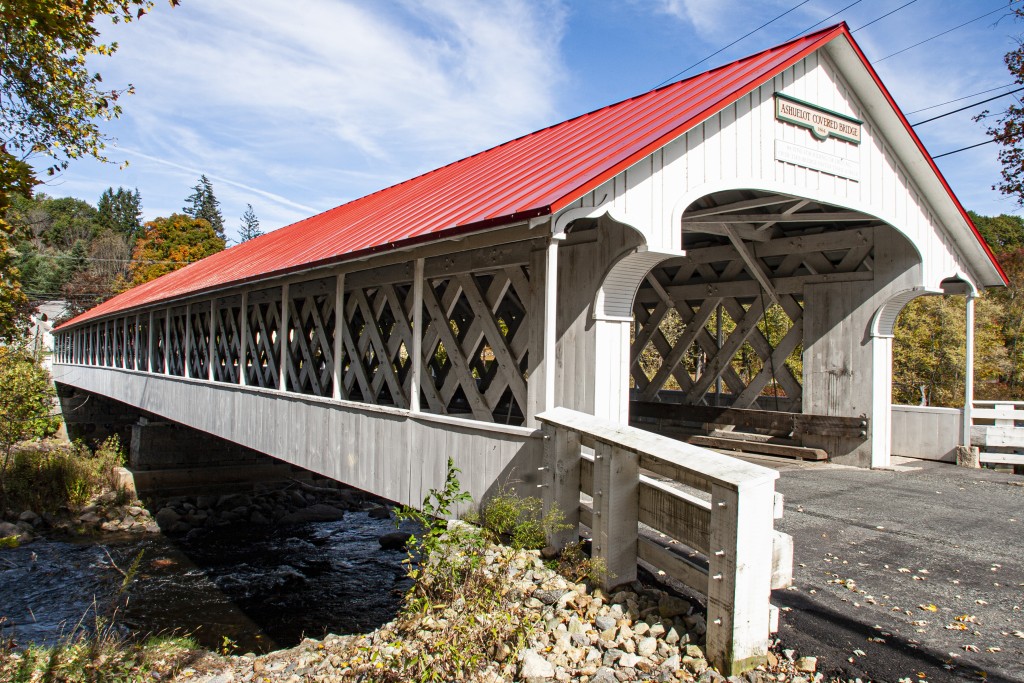 The historic Ashuelot Covered Bridge follows the river through the village of Ashuelot.

The Ashuelot River was the lifeblood of Winchester from its earliest days, and by the 1880s, it powered two major mills employing more than 300 workers between them. Both manufactured Union beavers, a type of woolen cloth with a brushed surface to mimic fur.

Local dairy and sheep farms provided hides for the Winchester Tannery, founded in 1831 and later becoming A.C. Lawrence Leather Company, which employed about 300 workers. Lawrence Leather was the most long-lasting of Winchester’s major factories (it operated until 1987), and employed as many as 900 when it ramped up during World War II. Nearly half the caps, boots and jackets worn by U.S. airmen used materials from the Winchester tannery.

So great was the output of Winchester’s mills that five trains a day carried goods to Boston from the depot in Ashuelot. That route is now the Ashuelot Recreational Rail Trail, covering 21.5 miles from Keene’s Cheshire Rail Trail to Route 63 in Hinsdale. The trail follows the river through the village of Ashuelot, past the Sheridan House and the Ashuelot Covered Bridge.

In 1880, the center of Winchester was described as “a handsome post village” with 20 stores, three churches, a hotel, a public library, three banks, three blacksmith shops and a high school. The bones of that town center are still there, with two churches, a library, and a brick mercantile block in the narrow strip of land between Main Street and the river. 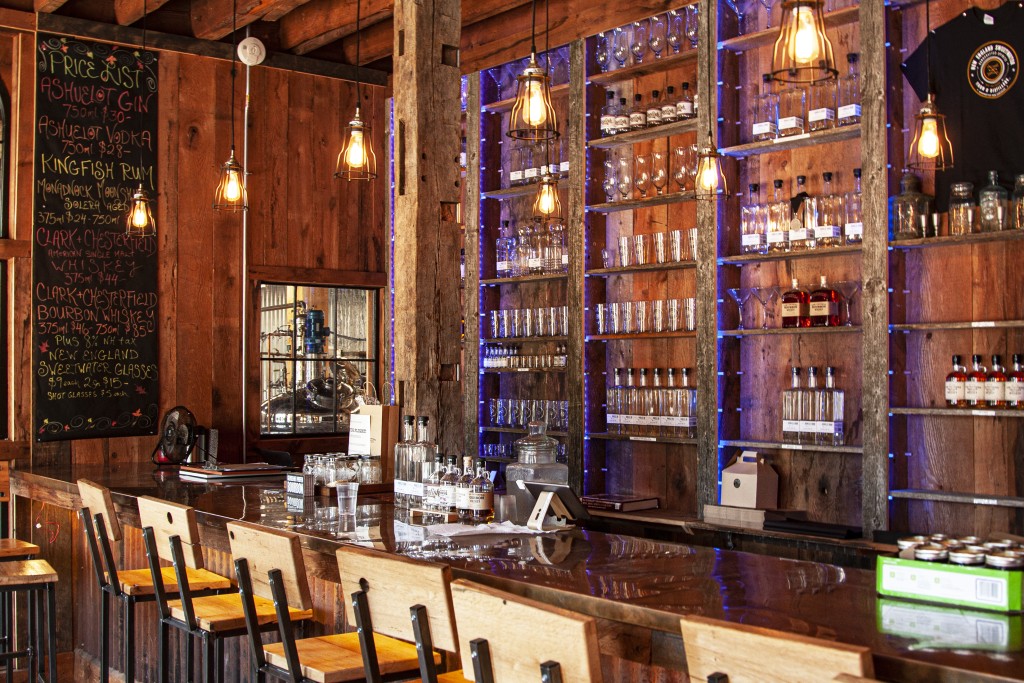 The New England Sweetwater Farm and Distillery offers a selection of fine spirits, some that are exclusive to their Winchester tasting room.

That block has been restored as the home and tasting room of New England Sweetwater Farm and Distillery, producers of handcrafted spirits based on local ingredients. At their 50-acre farm on the Old Chesterfield Road, they grow heirloom cider apples, grapes, blueberries, and juniper berries used in their small-batch gin, vodka, rum and whiskeys. Most of their products are exclusive to the tasting room on Main Street, and tours of the distillery are held on Saturday afternoons.

It wasn’t the box mills, woolen mills or tannery that put Winchester on the commercial history map. It was Persis Albee, the first Avon Lady. For her story, we visited the Winchester Historical Society’s Sheridan House, the restored Victorian mansion of an Asuelot woolen mill owner. An entire room on the second floor of this fascinating museum is dedicated to the woman who first had the idea of selling women’s cosmetics door to door.

When her husband was jailed for embezzlement, Mrs. Albee needed to earn a living. She already had a shop that sold products of the California Perfume Co., and she suggested to its owner that sales would increase if she could sell directly to her neighbors. He liked the idea, and so did her neighbors — the company eventually became Avon and made its name on the personal sales concept.

There’s a lot more to see in the Sheridan House. One room highlights the local industries, with examples of their products and a panoramic photograph showing the extent of their buildings and the surrounding hillsides stripped of forests to provide pasture for sheep and lumber for the box and bucket mills. 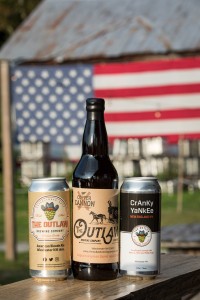 A selection of beers from The Outlaw Brewing Company. Photo by Kendal J. Bush

It wasn’t all heavy industry. Two clock-makers worked in Winchester as did one of New England’s most prominent taxidermists. The owl in the Sheridan House was preserved by Luman Nelson, whose collections are exhibited in the New Hampshire Fish and Game Commission building in Concord (he was once its chairman), and in the Southern Vermont Natural History Museum at the crest of Hogback in Marlboro, Vermont. That collection includes 650 individual birds and animals, plus more than 150 dioramas by Luman Nelson.

Two of Nelson’s mounted ospreys and a case of 55 small birds are in Winchester’s Conant Library, an imposing Victorian Romanesque Revival building built in 1891. Also on display in the library is the original 1799 pipe organ built by Henry Pratt, the first pipe organ ever built in New England. Pratt, a self-taught carpenter and craftsman, built more than 40 church organs as well as violins and other instruments. He gave the first organ to the town of Winchester for use in the church.

The revitalization of Winchester’s downtown was given a head start by the distillery, but it’s not the only act in town. The Outlaw Brewing Company on Scotland Road also has a tasting room where you can choose from a long list of draft brews. Popular are Peach Blonde, English Brown Ale, Chocolate Oatmeal Stout and cider sweetened with mango and passion fruit.

The grounds of the Conant Public Library are the location of various events throughout the year, such as the annual Pickle Festival, which happens each September.

An 1810 home on Main Street near the center has been restored as an inn and restaurant. Guest rooms at the Arlington Inn & Tavern have wide-board floors and antique furnishings, and the dinner menu includes pub favorites, six mains and a sandwich list. Brunch is served on Sunday mornings, featuring Irish eggs benedict, breakfast quesadillas and traditional breakfast favorites, with mimosas and “adult hot chocolate.”

A bit out of the center on Route 10, The Rustic Table has been open long enough to become a local favorite for its comfort food menu and family-friendly atmosphere. Look for dishes like the sweet and spicy shrimp quesadilla appetizer and ravioli in seafood cream sauce topped with lobster and shrimp.

In 2016, the Winchester Revitalization/Economic Development Commission started the farmers market on Saturday mornings beside the library on Main Street, and in the Town Hall in the winter. The market has grown steadily, now regularly featuring a bakery with croissants and breads, pastries, fresh vegetables and fruit, jams and preserves, hand weaving and other crafts.