For New Hampshire Republicans, the primary ballot on September 13 comes with many options 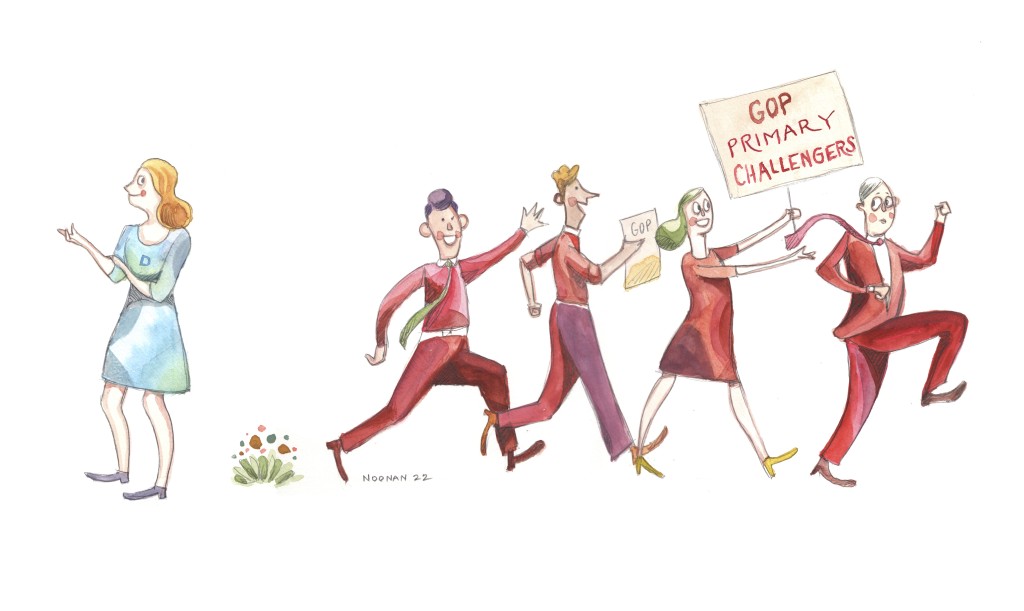 There are six Republicans running for governor, including incumbent Chris Sununu. There are 11 running for United States Senate. Ten are running for Congress in the state’s first district and seven in the second district.

The Democrats? No options. There isn’t a primary for governor, Sen. Maggie Hassan is running against a pair of random people, and Reps. Chris Pappas and Annie Kuster are totally unopposed. In fact, 23 out the 24 races for the State Senate only have a single Democratic candidate running. What is particularly stunning about that statement is that there are only Democratic incumbents seeking reelection.

In the past few decades, it’s been broadly true that Republicans have more competition on their primary ballot than Democrats. Democratic leaders are mostly powerful and clever enough to avoid a number of primaries they believe would largely drain resources for a general election against Republicans.

That’s a fair point. But going from fewer primaries to the situation today, where there are only two legitimate down-ballot primaries among the top 31 contests, is something altogether different.

There are reasons for this.

The first is rather obvious. In three out of the four major contests in the state, there are Democratic incumbents seeking reelection — and they would be tough to beat in a primary. The fourth race is for governor, and only State Sen. Tom Sherman of Rye bothered to even give it a solid college try. Others did consider it, including Stonyfield Yogurt founder Gary Hirshberg and former governor John Lynch, who tested the waters twice, including this year. Polling told the story, however: Sununu was going to beat them.

The second reason this is the case: It is likely to be a great year for Republicans. President Joe Biden, a Democrat, had the worst poll numbers of his tenure around the candidate-filing period. Typically, the party in power, in this case the Democrats, do poorly in midterm elections. But Biden’s numbers were particularly bad. This means that the Republican nomination in these contests is simply worth more than it is for Democrats who may not win the general election anyway. Consider this: The last time this dynamic — where there were no Democratic primaries but there were Republican ones — played out was in 2014, a good Republican election year.

Third, redistricting played a role. The move every 10 years by the Legislature to rewrite the lines of where districts are situated continued to give Republicans more of an advantage, particularly at the Statehouse level. Again, if it is harder for Democrats to win a particular contest, then it is harder to convince Democrats to run and upend their lives for a few months in a lost cause.

Where all of this leaves New Hampshire and its voters is unclear. Sure, more candidates and more options are always a good thing for voters. But when it comes to the general election, the voters in November will have the same number of choices. However, going forward, Republicans may gain ground just because even the failed candidates in a primary will be more experienced and have more name recognition for next time.