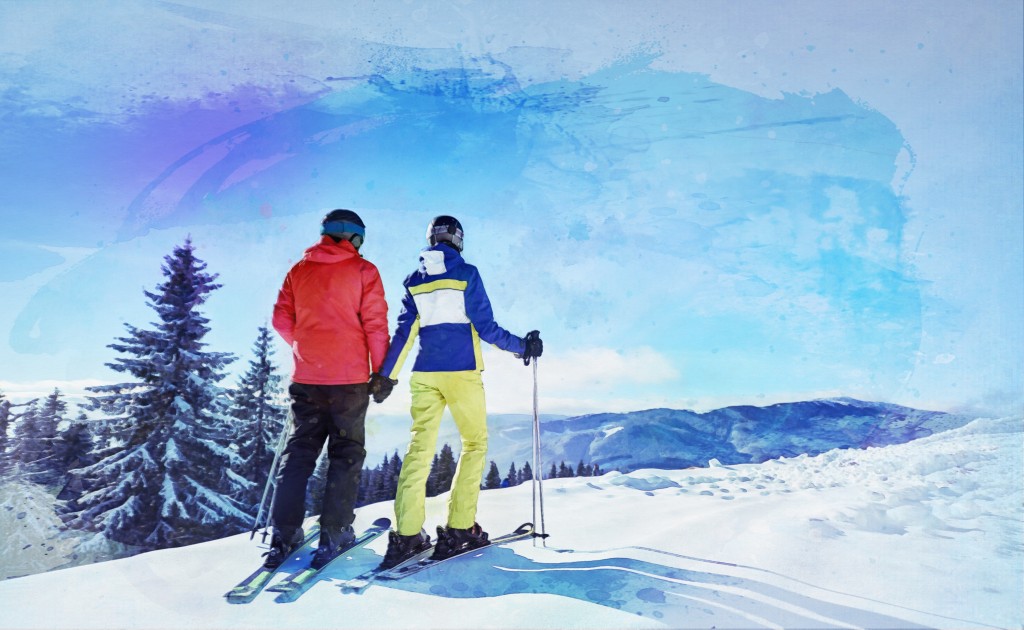 Years ago, my younger brother, Mike, was sporting a fun bumper sticker that simply stated “Skiing = Life.” At the time, Mike and his wife were living just outside Snowmass, Colorado, so I’m sure he had many like-minded folks nodding in agreement when they saw the “Skiing = Life” mantra plastered on the back of his burly pickup. But over these past few winters, I’ve come to see the adage in an entirely new light.

During the late winter of 2016, my left hip was failing, the inescapable result of my Peter Pan Syndrome. I’ve been fortunate to enjoy a very active life, including more than 40 years on the slopes, the trails, on soccer pitches and in hockey rinks (actually on the ice, not watching). But that comes with a cost. My older brother, Sean, a former doctor for the U.S. Freestyle Ski Team and a surgeon with Concord Orthopaedics, likes to remind me that our bodies — specifically our joints — were never meant to last forever. At some point, the bill comes due for all that wear and tear.

That winter, I skied at least a dozen days, including a trip to the great resorts of Utah — my “last hurrah,” according to my wife, Lauri — before having that left hip replaced in late March. The idea was to give myself enough time to be ready for summer hockey camps, where I coach goaltenders, and completely recovered by the following winter and ski season. My post-op recuperation was going exactly to plan by early June, thanks to a regular cycling regimen and a dedicated calisthenics routine. But a bizarre thing happened that summer: I started losing feeling in my feet.

My physical therapist, who was indispensable in my rehab following hip replacement, recommended that I see a spine specialist. That doctor was so concerned that she instantly ordered an MRI. The next day, I was in a neurosurgeon’s office. The diagnosis was straightforward and sobering: I had spinal stenosis — bony, arthritic growth — and a pair of herniated discs along my lower spine. Even I, an Average Joe, could see the proof on the computer screen. The spacious spinal column of my upper back disappeared as the films moved to my lower spine. And that crowded column was pressing on my spinal cord and the nerves that branched from it.

Weary of surgery — I had my right hip replaced in 2012, and revised in 2013 — I asked several doctors what my options were. I tried a tapered course of prednisone, a couple of cortisone injections and even a slew of chiropractic sessions. The goal was to knock down the inflammation, with the hope of relieving pressure on my nerves. But even my chiropractor, a mountain biking friend, confided: “I might be able to help if this is an alignment issue. But if it’s stenosis, you’ll need surgery to have that removed.”

The adjustments and injections helped but only briefly. By October, I wasn’t worried about ski season. I was far more concerned about walking outside, dealing with winter’s promised allotment of ice, snow and slush. I knew I had to make a decision soon, and I knew my choices were limited.

During one late-stage consultation, a spine specialist at the New England Baptist Hospital in Boston finally laid it out for me: “I can’t guarantee that you’ll get better with surgery. But I can guarantee that you won’t get better without it. But only you can decide what you want to do.” After the surgeon left the room, I lost it. I looked at Lauri and started bawling like a kid.

All my life, I’ve identified most closely with my physical persona. I was never a great athlete, but I was decent and relatively coordinated. Many of my most memorable moments came when I was active, exploring my physical capabilities. Now all that was being taken from me.

“It’s OK,” said Lauri. “We’ll get through this together.”

On November 9, 2016, one of my brother’s partners, Dr. Russell Brummett of Concord Orthopaedics, opened up my back. The surgery was, in short, a high-tech Roto-Rooter of my lower spine. Dr. Brummett cleared out the arthritic growth that had invaded three vertebrae, and the pain relief, thankfully, was almost immediate. But the effects of the nerve damage persisted.

“Recovery can take anywhere from six to 18 months,” Brummett told me. “Nerves can be finicky little buggers. You’re going to have to be patient.”

The following April, Lauri and I, along with my daughter Brynne, headed to Lincoln, to take my first post-operative turns at Loon Mountain. I couldn’t help but get my hopes up, but the reality was that I wasn’t ready. Not even close. My left side was still very weak, and even the short slide from condo to chairlift felt shaky. I lasted two runs. Exhausted, I went back inside, peeled off my layers, and promptly fell into a fitful sleep.

I woke up before Brynne and Lauri got back, and spent the next hour wondering if I had skied my last run. It was something I’d think about often over the next eight months.

The following December, Lauri and I visited Mount Sunapee. After my abbreviated session at Loon the previous spring, I was a bundle of nerves but optimistic. I’d done a fair amount of cycling, and felt my strength was good. But I had no idea what my balance and, more importantly, my proprioception would be. I was still unsteady, but I felt better. Considerably better.

No, I wasn’t completely comfortable. My left leg, and left foot, still weren’t cooperating entirely with their counterparts on my right side. I took one spill when I crossed my tips, because my left ski was lagging behind. But I felt like I was heading in the right direction. Riding on the chairlift with Lauri, I couldn’t contain myself.

“I’m just so damned happy to be out here with you,” I told my wife.

Then, January of 2020, Lauri and I drove north for a few days with Brynne and our eldest, Maddi, in New Hampshire’s Mount Washington Valley. Our first day out at Mount Cranmore was bitter cold, but the girls were game. This is one of the reasons I love skiing. It challenges you, and in facing those challenges, you often find out what you’re made of. Just before we headed out into the bright, beautiful sunshine, I huddled with my wife and two daughters, pulling them all close.

“I love you guys,” I told the three most important people in my life.

We had a great day. I had to take a few extra breaks, as my endurance was still no match for my wife or my millennials. But I was out there, on the hill, feeling the edges of my skis underneath me and the cold, crisp mountain air filling my lungs. I could not stop smiling.