Lionel Gobeil is 78 years old. He has been cutting hair for nearly 54 of those years and won’t be putting his scissors down anytime soon. His two-chair, classic barber shop, The Larry L, is located on South Main Street in Concord. His dad was a barber and now so are his kids. Three generations. Gobeil says, “It’s all in how you hold the comb.” He makes it look easy. It’s not. 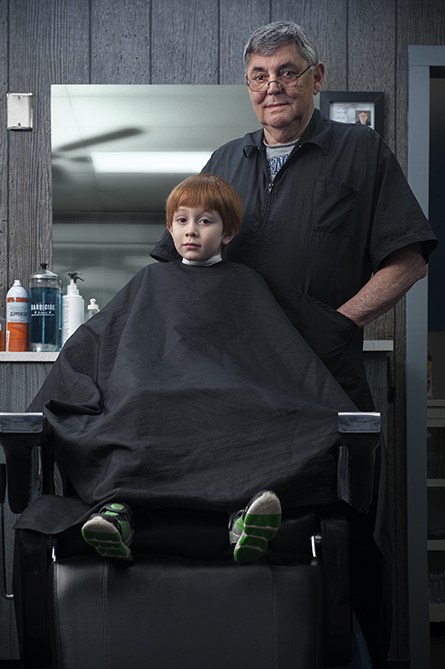 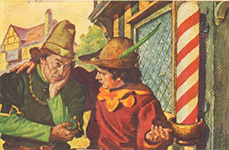 In case you wondered (like the two chaps in this old Kentucky whiskey ad) why a barber pole is striped red and white, the answer (according to the same ad) is: “In 1461, when London barbers were incorporated, they were the only practicing surgeons and dentists in the city and their symbol was a spirally striped pole with white signifying bandages and red indicating blood.”

CREDIT: Big thanks to our 7-year-old redheaded cherub, Gabriel Burden, who worked for balloons and lollipops, and to his dad Ernesto and mom Kristen for allowing this whole thing to happen. Thanks also to Jill Gobeil, Lionel’s daughter, for the introduction.