The West End of Portsmouth

This article originally appeared in the Spring/Summer 2016 issue of The Square. 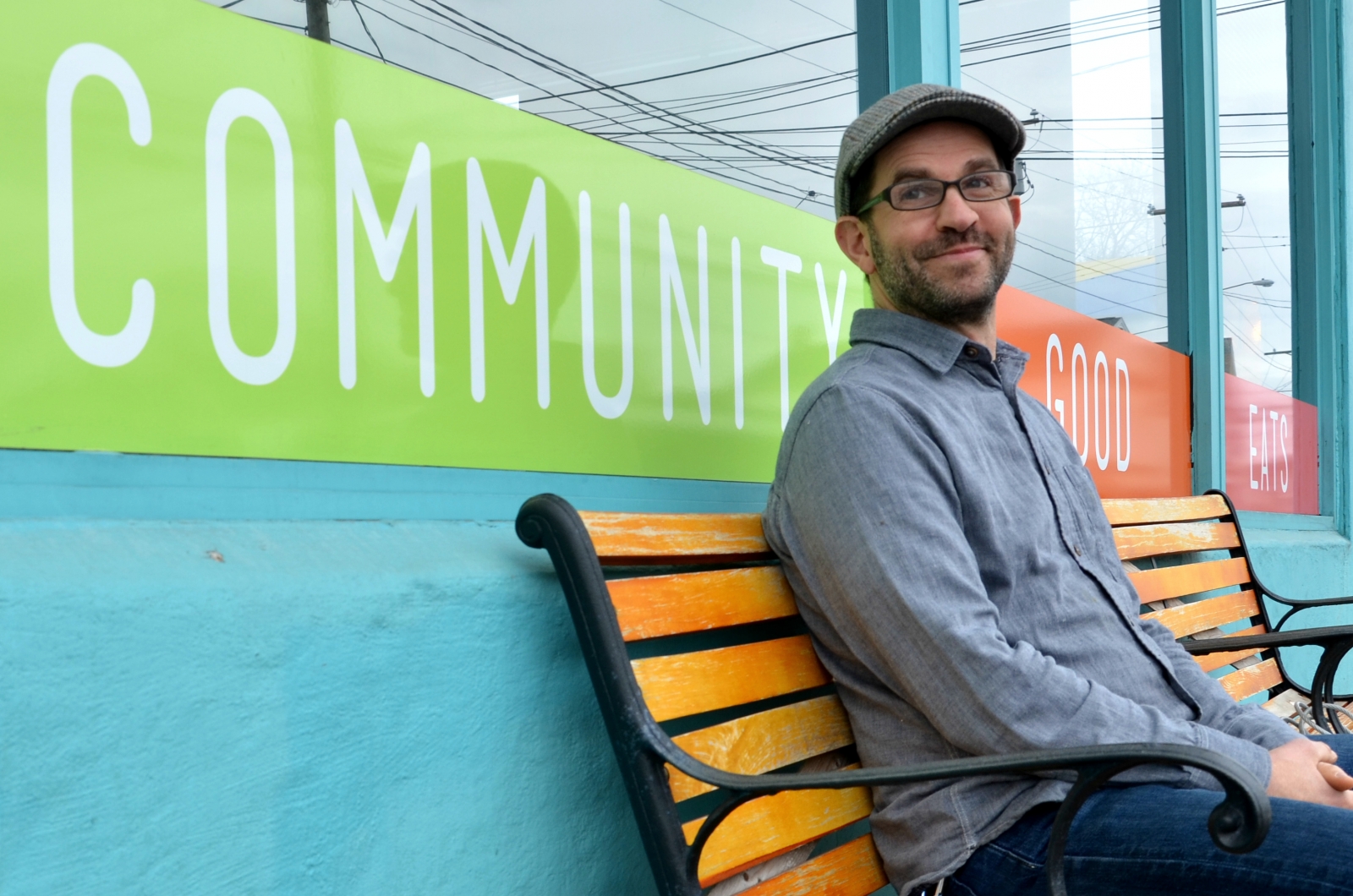 At 1 in the afternoon, White Heron café is full of life. A hissing espresso machine interrupts conversations and bright winter sun illuminates the vibrant walls.

“I like the West End because it reminds me of Portsmouth when I was growing up,” explains owner Jonathan Blakeslee. “That’s kind of why we put ‘tea and coffee community’ on the sign.” Since it opened in 2013, White Heron has become a central hub for the Islington Street corridor, affectionately known by its residents as “The West End.”

Portsmouth has come a long way since its industrial days, transforming from a working-class town to a tourist destination. The past two decades have provided a classic example of gentrification. Small business owners are weighing the advantage of greater income against higher rent, functional stores have been phased out in favor of boutiques, and high-rise condos obscure more of the Piscataqua every year. The downtown is more polished — but less personal.

All of this has had the effect of pushing locals and their identity further out of the downtown. At the end of last year, the website Thrillist dubbed Portsmouth’s West End the “Brooklyn of New Hampshire,” lending an outside voice to a theory locals have held for years.

“This is the up-and-comin’ area,” says Karen Valencia, the owner of the Grecian Key Beauty Salon for the last 10 years. “Downtown is saturated, that’s done. It’s like Boston.”

“You can only go to expensive stores so often.  I think it’s nice to be able to walk to the grocery store,” says Megan Glenn, who recently bought a single-family home and started a family. With the current condo boom in downtown Portsmouth, young couples like the Glenns find that living in the West End is not only more affordable, but more convenient.

Eric Chinburg’s plans to renovate the derelict Frank Jones Brewery reflect more than renewed interest in the West End; they echo a nationwide movement to create affordable housing for service workers, artists and other low-income earners because, in Todd Hudson’s words, “That’s the heart of any town: people being young and innovative.”

Hudson, who owns Red Post Realty, a modern West End office where couches replace cubicles, recognizes that gentrification may be on the heels of West End development. “You can’t really fight it; you need to get creative — and the micro-apartments, that’s a great way to do that.”

Sara Curry agrees. “The focus on affordable housing is really important, because we’ve gotten into this situation where the only people that can live in Portsmouth are people that are independently wealthy.” In addition to co-owning Bikram Yoga, Curry also helps to coordinate the West End Business Association (WEBA).

WEBA’s motto is “live, work, play,” a reference to their efforts to make the West End a more vibrant, cohesive community. Last summer, they organized a West End barbecue that was expected to attract a handful of residents; instead it drew hundreds.

Throwing a neighborhood barbecue in a public parking lot isn’t something that could occur in downtown Portsmouth without involvement of city officials, but the West End still has the right balance of residential density and community involvement to make it possible.

“A lot of cities have post-industrial buildings, but not every city’s lucky enough to have residents that are excited about bringing revitalization to their area,” explains Rebecca Perkins, City Council liaison to the planning board.  With the Islington corridor comprised of half a dozen residential and commercial zoning districts, building projects are complicated at best. Instead of handling re-zoning exclusively within the city planning board, the city has created Portsmouth Listens, a series of meetings where business owners and residents come together to express their thoughts about the new West End.

“This is what civic dialogue looks like,” says Karen Marzloff, the co-founder of Seacoast Local and vice-chair of PS21, organizations that look for local business solutions.  The West End, with all of its possibilities, has become a hotbed for “classic entrepreneurship,” as Marzloff calls it. “When you walk into a business, you see the owner is behind the counter.”  The combination of lower rent and greater space in the West End seems to provide a safe environment for small businesses to test their mettle. 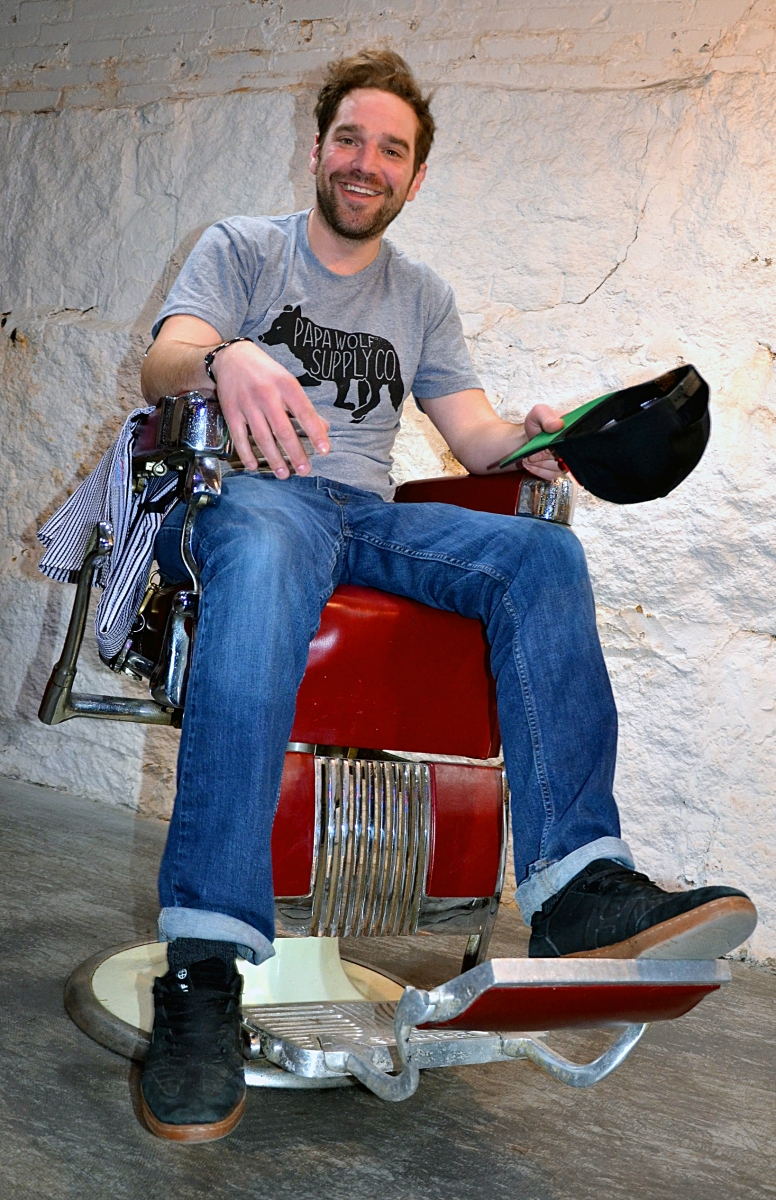 An example of classic entrepreneurship with a modern twist can be found in Gallagher’s Place Plaza where, less than a year ago, Papa Wolf Supply Co. had its grand opening. Featuring locally made leather wallets and a motorcycle-packed Instagram feed, its rough image is enhanced by the old brick buildings. “It’s a little more gritty out here,” says owner Rian Bedard, best known in town as the owner of the grassroots compost company, Mr. Fox. Bedard has capitalized on a new wave of marketing — selling history. In a concrete room that once held coal for the Frank Jones Brewery, now you can get a haircut or straight-razor shave from Jamie Fournier, the Frank Jones Barber.

Across from Papa Wolf is a 25-year-old staple, Bob’s Broiled Chicken, opened by Robert McDonough when “the West End was much rougher.” Baby pictures of the now-grown McDonough children line the walls while next door, relative newcomer Street decorates with bicycle-wheel lamps and graffiti-covered tables. The Button Factory provides an industrial backdrop for this area that is a true example of Portsmouth’s melting pot; an area where a dry cleaner and a craft beer cellar can co-exist. Here, old meets new.

Around the corner from the plaza, Darleen’s Sub and Pizza changed hands a year ago, adding Vietnamese cuisine to the menu and “Bahn Mi’s” to the sign. The new proprietor Nikki Nachampassak returned to her hometown to do what she loves — cook her family’s recipes. “If you’re in Asia, there’s no cooking school. You just learn it from your grandmother, your mother and everyone else.”  She serves generous samples of the Phat Si Ew while Darlene Rahn, the original owner, rolls out her famous pizza doughs in the back.  Here on Islington, away from the hustle of the downtown, the pace of change is still set by locals.

It is locals and not façades that determine the personality of a town. At a time when downtown Portsmouth has replaced hardware stores with souvenir shops, when townhouses sell for more than a waiter could hope to make in a lifetime, it seems that artists, families and the original generation that built this town have taken refuge in its outskirts. And there they remain, forming focus groups, starting up businesses and assuring us that the historically colorful spirit of Portsmouth hasn’t faded — it’s just moved further West.