The Photography of Jay Philbrick Slideshow

A slideshow of photos by Jay Philbrick we featured in the story "Photography on the Edge." 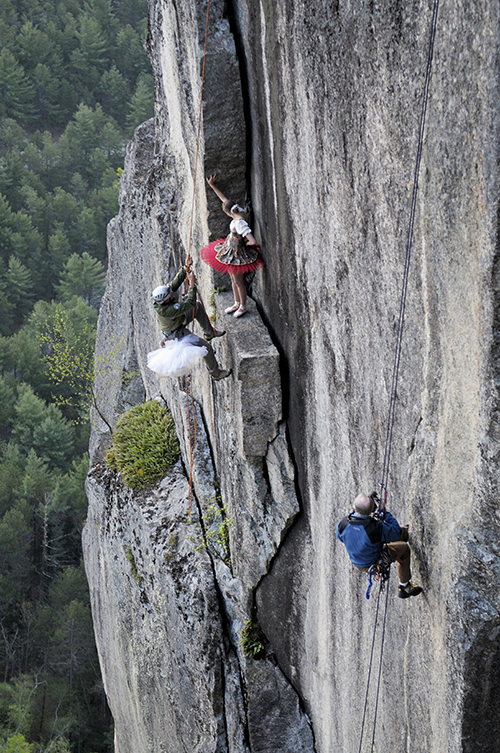 PhotographerJay Philbrick is in the foreground with dancer Claire Martindale and climbing guide Marc Chauvin. In addition to securing and training everyone, Marc often serves as Jay’s on-cliff assistant, providing extra light and help with wardrobe. The photo was taken by Jay’s wife and other half of Philbrick Photography, Vicki.

Read more about these photos and Jay Philbrick in our January 2014 feature story. 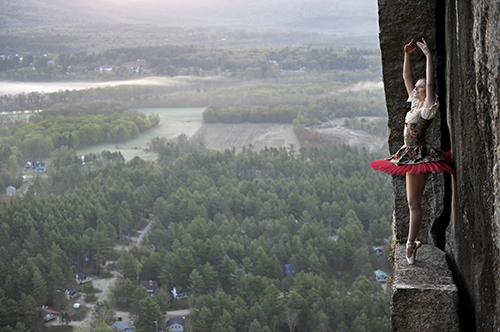 Claire Martindale stands on toe point about 400 feet from the valley floor on a small shelf of rock on Cathedral Ledge in North Conway. 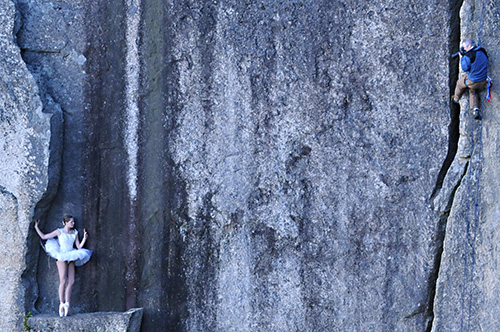 A photo taken from across the way by Vicki Philbrick offers proof that these photos are real and not the result of Photoshop. That’s Jay in the upper right of the photo. 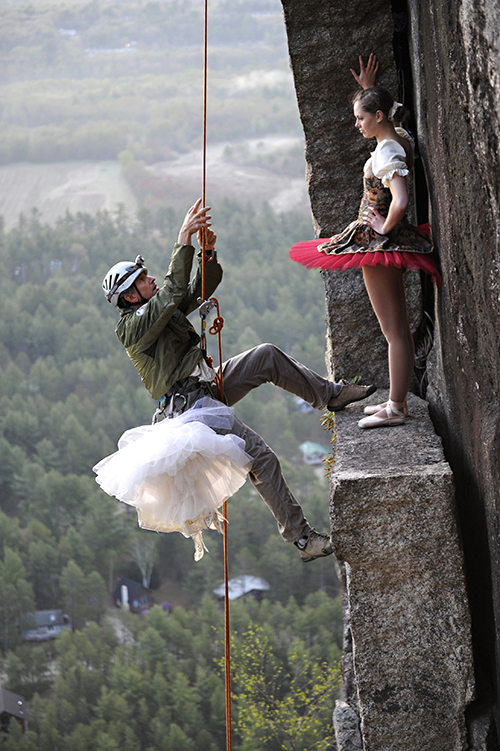 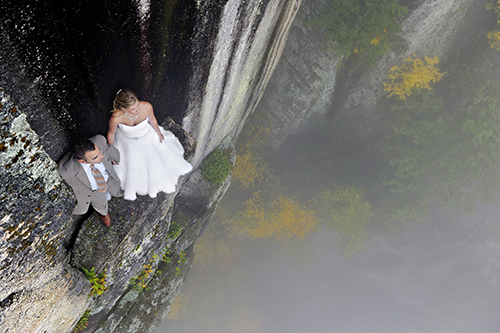 Before the ballerina photos, Jay first tried the cliff shoots with newlywed couples looking for some out-of-the-ordinary wedding photos. Alison and Michael Ryeberg, pictured, were the third brave couple to take part in one of these sessions. 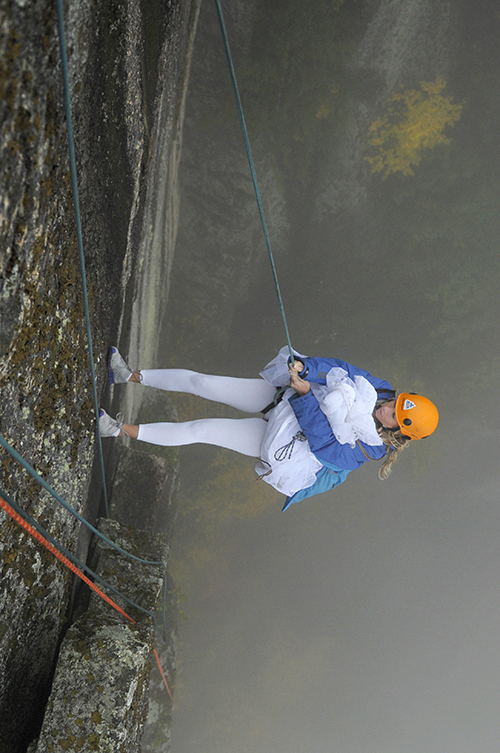 In case you feared for the outfits, no expensive dresses or suits were harmed during the making of these shots. As pictured below, Alison’s dress was safely tucked away until it was time to take the photos. 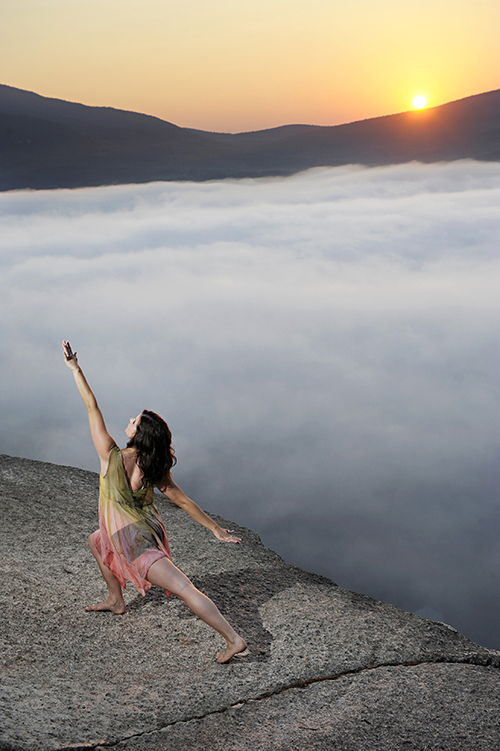 Dancers are one of Jay’s favorite subjects. The idea, he says, is to “Take the dance movement that’s so beautiful to begin with and take it out of the studio to someplace where it contrasts or adds to the movement.” 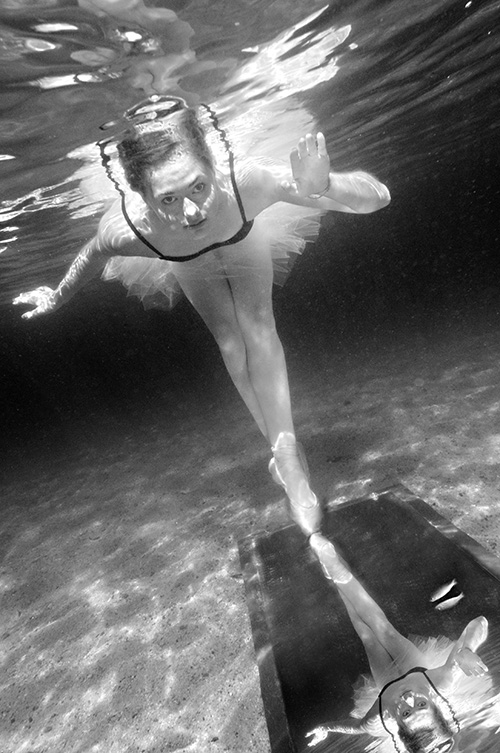 This underwater shot of Claire Martindale took two days — and two mirrors — in the cold waters of a New Hampshire lake in October. 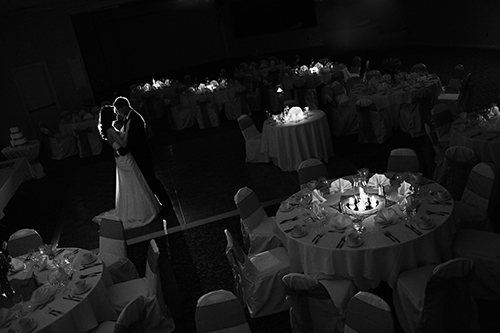 Weddings are one of Jay’s favorite things to do because of the emotional impact the photos have on his clients who are also on the edge — of new lives. With the aid of his wife and partner Vicki, they take time to beautifully light and pose photos to give couples something unexpected, like this black-and-white photo. 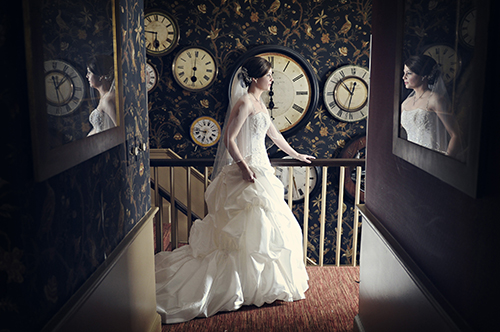 Mirrors are frequently involved in Jay’s photos — he likes how they add depth and extra layers to a photo that might otherwise be more ordinary. 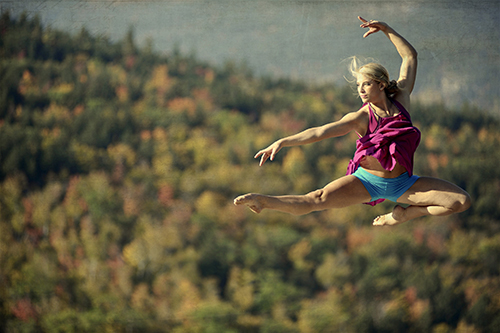 UNH senior, dancer and Miss University Melissa Beauvais has worked with Jay a number of times, including a couple of her own cliff shoots. 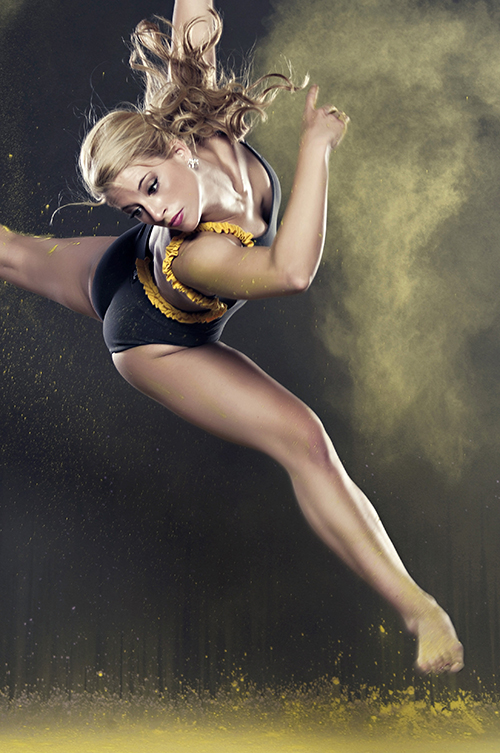 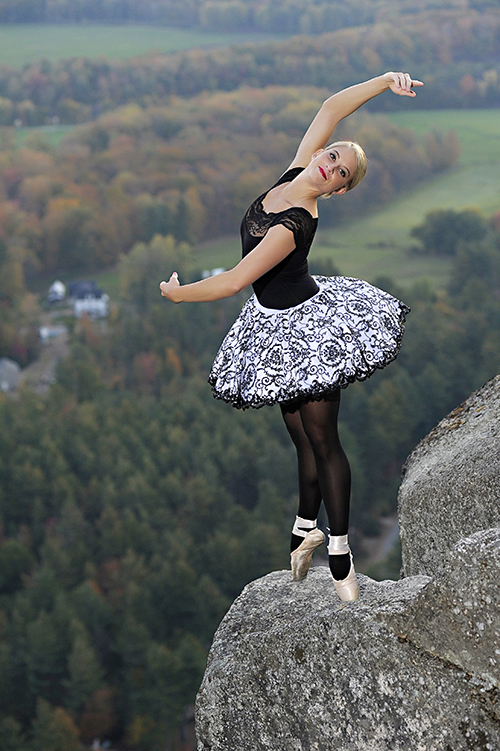 “All he had to tell me was that no one was ever able to be on point shoes on the edge of the cliff and I was in,” says Melissa. 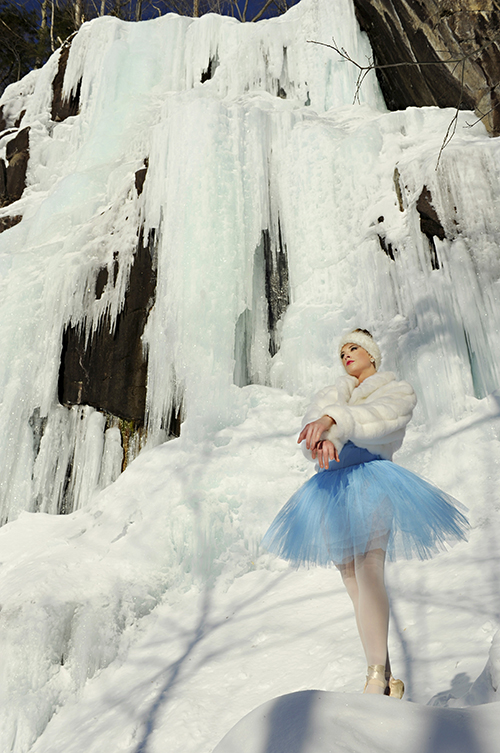 “No one would ever know what I had to go through to get there,” says Melissa of the ice cliff photo shown above. Though it looks like she was simply dropped out of nowhere onto the snow, Jay put crampons on her shoes and helped her climb to that particular spot. It wasn’t, says Melissa, an easy thing to do. “That day with the combination of the cold, and how strenuous it was to do all that — and in a tutu — I was more sore after that photo shoot than when I take a dance class.” 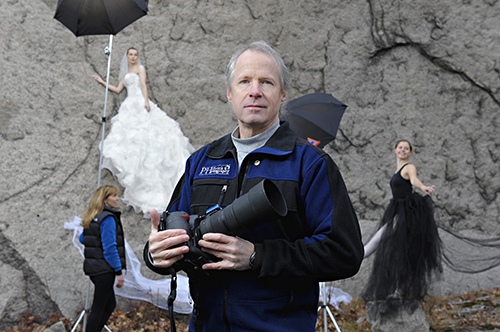 Photographer Jay Philbrick preparing for one of his many outdoor shoots. In the back is the other half of Philbrick Photography, his wife Vicki. “It’s totally a partnership — a lot of these ideas are as much hers as mine,” says Jay. “It’s great to have an extra photographic mind that’s thinking about things I’m not so we can make shots better.” 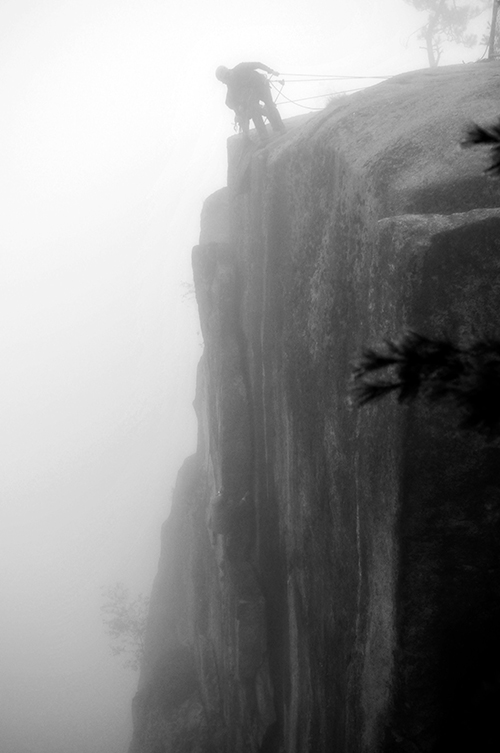 Jay prepares to head over the edge of the cliff at Cathedral Ledge on a misty morning.