Remarkable Women 2016: The next generation

The Granite State is known as a place where women’s contributions are valued and recognized. But the next generation of women seems poised to crank things up a notch and boldly go where no one has gone before.

When Hannah Dutton was 5 years old, she and her mother saw an elderly woman rummaging through a trash can. She asked why the woman would do that, and her mother said she was looking for food.

Hannah was shocked. At her home, they grew much of the food they ate, and she assumed that that’s how it was for everyone. “Ever since that day, I’ve been fundraising to help people and make their lives easier,” she says. “The fact that I’m improving someone’s life motivates me to do something to make change. I love doing that.”

She’s 12 now, and over the years has raised the hefty sum of $20,000 for the Gibson Center for seniors in her town of North Conway. And there’s no doubt that she’ll stay motivated to do more.

When she’s not fundraising, Hannah gets all As at school, plays the violin and is on the cross-country teams for both long-distance running and skiing. Though she has “no plans,” she says in the future she could be a pilot, a scientist, a writer or even a poet.

Asked what one word describes her, she says “determined.” She adds, “Whenever I need to get something done, I jump to it and try to accomplish it as efficiently as possible.”

A scandal launched Casey McDermott’s career — but not in a reality-star way. McDermott first gained national attention (and a slew of awards) in 2011 for her work at Penn State’s Daily Collegian during the Jerry Sandusky child sex abuse trial. Five years later, the spotlight shows no sign of dissipating. The Pittsburgh native relocated to the Granite State in 2014 to write for the Concord Monitor and, in October, moved to New Hampshire Public Radio. She’s now helping drive the station’s online expansion as a digital reporter. “One of the things I think is really cool about the station,” McDermott says, “is that we’re using tools on our website to expand the storytelling that NHPR has always done. It’s nice to see institutions holding on to traditional values but seeing that their audience might not always be on the doorstep or at the kitchen table, and meeting them where they are.” During the New Hampshire presidential primary, the Washington Post named the 24-year-old a journalist to watch. We’d suggest you follow their advice. 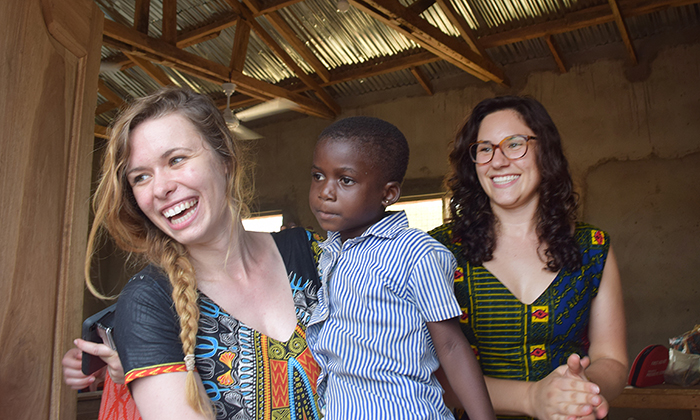 For the rural Ghanaian village of Toh-Kpalime, UNH grads Katerina Messologitis and Tegan O’Neill changed the world. Along with three other UNH student researchers, Messologitis and O’Neill began UNH Solar Power For Schools. In January, the group successfully installed a photovoltaic system that powers the village’s elementary school of about 250 students.

The project wasn’t without its challenges, but they refused to give up.

“I built up a relationship with this community, and you don’t want to let them down,” explains Messologitis. “So many people go into communities and start, but once it gets hard they stop — and that’s not the way to go about it.”

Neither is resting on her laurels — both women are pursuing master’s degrees — Messologitis in environmental engineering while conducting graduate research on drinking water in Holland, and O’Neill is working on hers in political science. 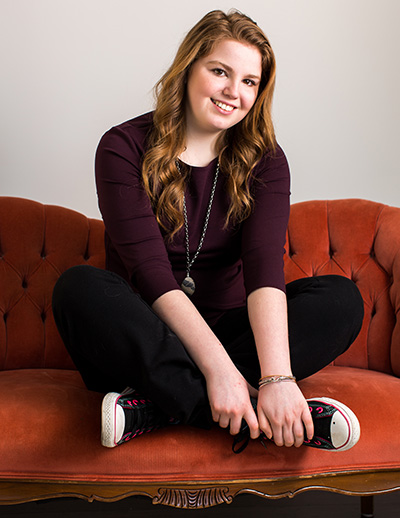 he Appalachian Trail is a tough haul for even the most experienced hikers, yet Cara Griffith, 19, who embarked on this rigorous, five-month, 2,200-mile journey earlier in 2016, is ready for whatever challenges come her way. She knows a thing or two about difficult journeys. A talented high school soccer player, two concussions in a short time had sidelined her. For two years, there was no school and constant pain.

During that time she endured a grueling schedule of medical appointments, therapies of all kinds, and finally, had thoughts of suicide. Her mother’s chance interaction in social media finally led to a form of treatment that would eventually provide a cure.

Today, Griffith has her sights set on college in the fall. She’s become a passionate advocate for concussion awareness and delivered a moving TEDxAmoskeagMillyard talk in November 2015 about her journey back to wellness.

On the trail, she’s focusing on the person she aspires to be: “Every day is a new challenge and every day I learn how to pull strength to overcome it.” She wants to make an impact, locally and globally, and this journey is one way in which she’s beginning to realize her goals.

Cara was also featured in the April 2015 issue of Parenting NH. Click here to read her cover story. 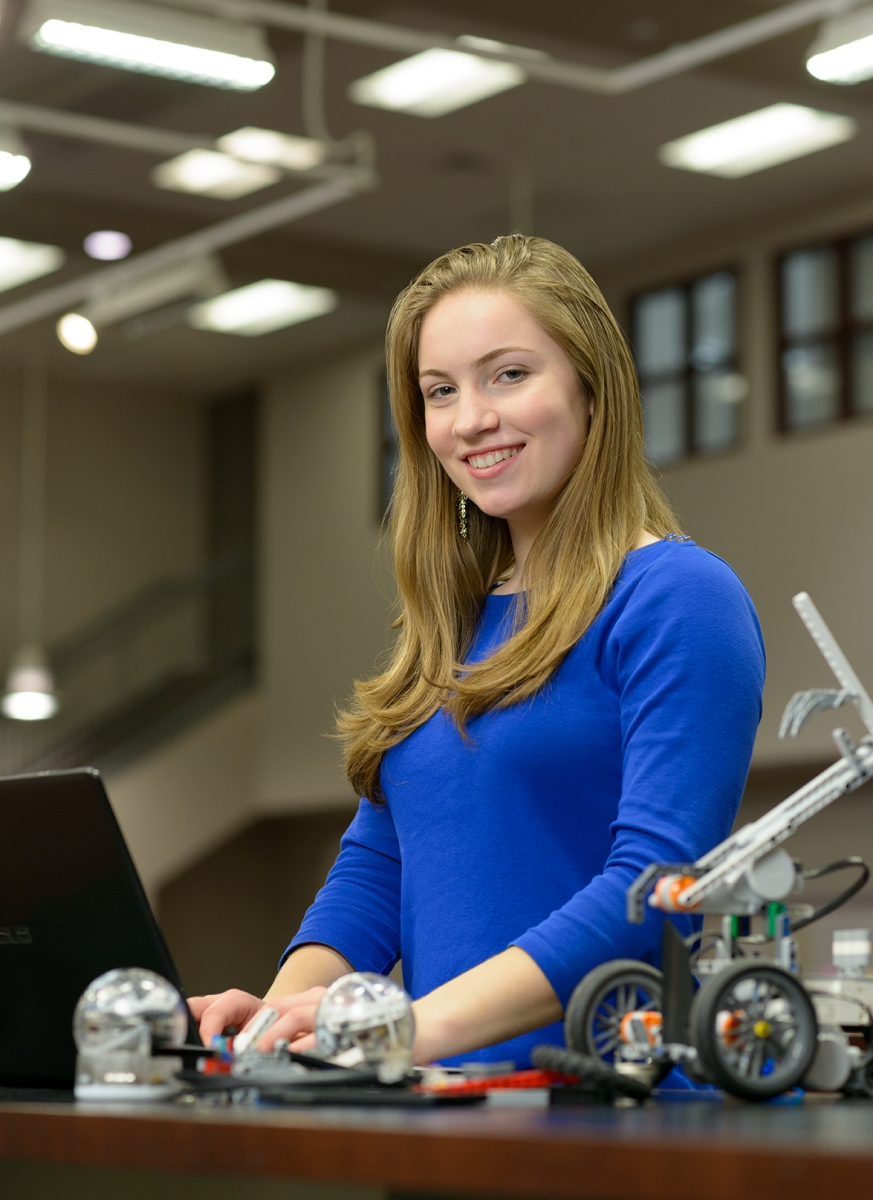 Jillian MacGregor is a mentor and award-winner, was selected student STEM ambassador by the NH High Tech Council TechWomen/TechGirls STEM Ambassadors committee and launched a computing program for girls at the Boys and Girls Club of Nashua. Not bad for a high school junior.

The summer before her freshman year, MacGregor attended the five-week Artemis Project at Boston University taught by female grad students. Their aim was to serve as mentors to girls and to spark interest in computer science — and that’s exactly what happened for MacGregor. Now she hopes to do the same for other girls.

MacGregor is a mentor to middle school students at the UNH Manchester STEM Discovery Lab and at the Boys and Girls Club program she started (through grants she was able to apply for after winning an Aspirations in Computing Award from the National Center for Women & IT in 2015). This is how she hopes to help other girls stay involved with computer science, something that is still a very male-dominated field. “I consider it my job at this point in my life,” says MacGregor. “I’ve always had a very good support system with my family and community and I want to pass that along to younger girls who might have that same chance.” As to the fact that there aren’t many women in her chosen field, MacGregor says, “I’m trying, girl by girl, to change that.”

“Truthfully and unrealistically, I want to fix the entire planet” — that’s what 16-year-old Ella McGrail has set as her life goal. She allows that she can’t do it single-handedly, but she will change what she can, doing it with her words — in books, plays, blogs and speeches that advocate for social justice. She was inspired to take up the sword (“I probably couldn’t even lift a sword, but I’ve got a pen”) at an alternative schooling program that emphasizes community involvement. That led her to a four-day walk with NH Rebellion, a grassroots group dedicated to getting the corrupting influence of money out of politics. Along the way, she gave a rousing and wise-beyond-her-years speech to rally the walkers (you can see it on YouTube). Part and parcel of her quest is to “open minds, encourage action and cultivate the human capacity for love.” Somehow Ella also finds time for acting in plays, singing in a choir and writing novels. She knows she gives “teen angst a new definition,” but is hopeful because she’s got that mighty pen (or laptop) to “fight against the wrongs I see, and help the good.”

hen Exeter’s Victoria Arlen was 11 years old, she was diagnosed with transverse myelitis and acute disseminated encephalomyelitis, meaning she soon lost the ability to eat, talk or even move. She fell into a vegetative state and doctors didn’t believe she had much of a chance at survival.

She didn’t just survive — she went on to become an Olympian.

Arlen, now 21, fought back against her illnesses and spent years relearning everyday tasks and functions. Then, at the 2012 London Paralympic Games, she won three silver medals and one gold in swimming. In May 2015 Arlen was hired at ESPN as a features venue reporter and worked at the Special Olympics World Games in Los Angeles. She also was involved with ESPN’s X Games Aspen this past January.

“I’ve been through a lot of incredibly challenging things, but they have only empowered me and given me a drive to do and accomplish incredible things,” Arlen says. “It has not been easy by any means, but it has been worth it and I’m thankful for those challenges. They have made me who I am today.”

See her TEDxAmoskeag talk —“Face it. Embrace it. Defy it. Conquer it.” —  for more. 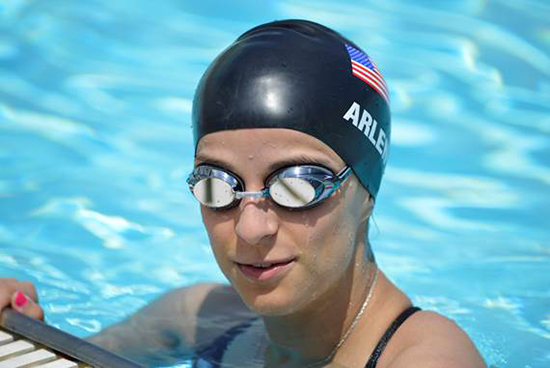