Manchester Media Group’s Art Jam Bridge Fest will be an explosion of expressive creativity. Far surpassing a typical art-in-the-park kind of festival, there will be a display of 121 different booths covering almost every median of artistic expression from graffiti artists to aerialist, and food trucks to muralist and painters. There’s another, even better, catch separating this art fest from the rest — Manchester Media Group will be donating all proceeds from the event to Granite United Way to help the fight against New Hampshire’s opioid crisis.

In the spirit of Bras Across the River, an event held to raise money for breast cancer a decade ago, the Media Group will close Manchester’s Bridge Street bridge bringing the community to the heart of city for this festival on September 23. But the Media Group’s general manager, Bob Cox doesn’t like to think of this event as just a festival, it will be more of a jam he says, because of the wide variety of art and the three stages featuring live music for the entire day.

So far 5,000 tickets have been printed, since this is the jam’s debut the amount of people expected isn’t a set number, but once the 5,000 tickets are gone Cox says people will still be allowed in. Tickets are only $7 before the event and can be purchased online, or $10 at the gate the day of the Art Jam. T-shirts will also be for sale on the day, the prices of which are still in the workings. 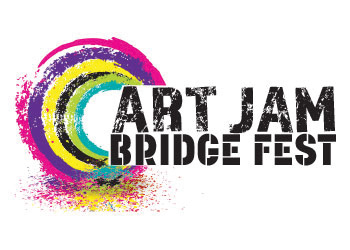 On top of the profits raised from T-shirt, ticket and booth sales some of the vendors taking part in the Art Jam have offered to donate proceeds from the day to the selected charities. Artists have also donated pieces of work to be sold in a silent auction. Cox notes that hosting an event of this magnitude costs a lot of money, and with the help of sponsors, as well as participating artists contributions, they are in great fiscal shape to pull this event off successfully.

To add to the art displayed, performed and created at the Jam, Manchester Media group has reached out to schools across the Granite State asking their students to make butterflies for a wall displayed during and a week after the event. Cox says that butterflies were chosen because they are a sign of hope tying into the fight the proceeds of this event will benefit. So far the wall has accumulated around 4,000, inspiring an effort to set a Guinness World Record for the largest number of paper crafter butterflies.

With the bridge closed for vehicle traffic and many of people in the city parking can sometimes be a hassle. Here is a complete map of parking throughout downtown Manchester for the time, complete with time limits and locations to make securing a space easier on this fun day.

Categories: Cause of the Month