Nordic skating in the North East

Nordic skating is an invigorating way to experience winter

They glide across the frozen landscape in silence with long, fluent strides. Nordic skating, or Scandinavian-style cross-country ice skating, takes skaters on frozen lakes and ponds, allowing them to experience winter in an invigorating way. They may also enjoy bicycling, skiing, rollerblading, playing hockey and hiking, but the smooth, enchanting ice is enticing as they fly on long, thin blades, often using poles for increased balance and upper body workout.

“It’s as effortless as riding a lightweight racing bike on a smooth, flat road, but there’s no traffic,” says Jamie Hess, owner of the Nordic Skater in Norwich, Vt.

Hess has been preaching the frozen gospel of Nordic skating for years and is largely responsible for its growing popularity on both sides of the Connecticut River from its Upper Valley hub. Lake Morey in Fairlee, Vt., about a mile from the New Hampshire border, has a four-mile-long skating trail, while Granite State lakes like Sunapee, Squam and Winnipesaukee see Nordic skaters.

www.lakemoreyresort.com
Check in for what’s happening on the Lake Morey Skate Trail.

www.outdoors.dartmouth.edu
An option for rentals

Safety is tantamount, and Swedish safety gear is recommended. There are ice-testing poles designed to test the strength of the ice. Skaters stab the ice and, if they hit water, the ice is unsafe. Ice claws, self-rescue devices worn on a strap around the neck, can be used to pull yourself out if the ice breaks. A Nordic Lifeline, like a paddlers’ throw bag, can be thrown to rescue another person.

Like skiing, conditions vary. There are smooth bluebird days, but also days of waiting for the ice to freeze. The ice can be bumpy and soft too.

Nordic skating is a far cry from skating at an indoor rink.

“Most Nordic skating enthusiasts would never be seen on an indoor rink,” says Hess. “They love the fresh air and sunshine and the thrill of skating from point A to point B instead of going around and around in small circles.”

And for those who grew up skating on backyard ponds, it’s a chance to come full circle — naturally. 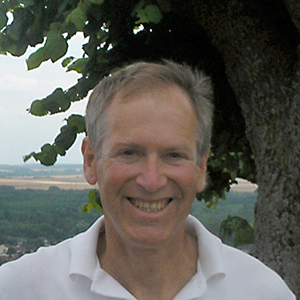 Tell me about the basic gear.
Nordic skating makes use of cross-country ski boots — skate, combi or back-country style — and a detachable, elongated steel blade that clips on and off your boot using the same cross-country binding that’s on your skis. You can put on your ski boots at home, drive to the lake, then just clip on the blades and go. No need to expose fingers or toes to the sub-freezing temperatures at the lakeshore. Many skaters also carry Swedish ice-testing poles to test the ice for thickness and strength.

What are the perfect conditions for Nordic skating?
Everyone loves the black ice that forms early in the winter when their favorite lake first freezes over. It’s the hardest, smoothest, fastest and also the strongest ice there is. It’s even harder and stronger than rink ice. Add a sunny day with no wind and temperatures just below freezing, and you have the perfect outing.

What distances do people tend to skate?
The Lake Morey ice skating trail is four miles long. Most skaters will do one or two laps around the trail and call it a day. But last winter’s international skating tour on Lake Memphremagog covered 26 miles in Vermont and Quebec, and European tours go as far as 200 kilometers — 124 miles — in a single day.

So this can be a tour, complete with stop for a picnic lunch?
Popular tour destinations include Lake Sunapee (17 miles round trip) with a lunch stop on Great Island, and Squam Lake (18 miles) with any number of picnic destinations. Lake Winnipesaukee is so big that it’s best to bite off one chunk at a time. If the wind is blowing, you can leave cars at two different locations and skate with the wind the entire way. For example, in a northwest breeze, start at Center Harbor and finish at Ellacoya State Park in Gilford.

Are there groomed lanes or trails?
Yes. Eastern Canada is covered with machine-groomed outdoor ice skating trails, the most famous of which is the five-mile-long Rideau Canal in Ottawa. Central and Northern Europe also have hundreds of trails, especially in Sweden, Finland, Austria and (weather permitting) the Netherlands. Here in the USA, the longest trail with the longest season is the four-mile loop on Lake Morey in Fairlee, Vt. The season at Lake Morey typically runs from late December to mid-March, with free parking for skaters at the Lake Morey Resort. From time to time, trails also pop up on Little Squam Lake in Ashland, NH, Lake Memphremagog in Newport, Vt., and Mirror Lake in Lake Placid, NY.

Can people rent equipment?
Nordic skate and boot rentals are available at the Dartmouth XC Ski Center in Hanover, at Nordic Skater, at the Lake Morey Resort and other locations in northern New England and eastern Canada.