With respect to Mount Washington, it’s no Kilimanjaro 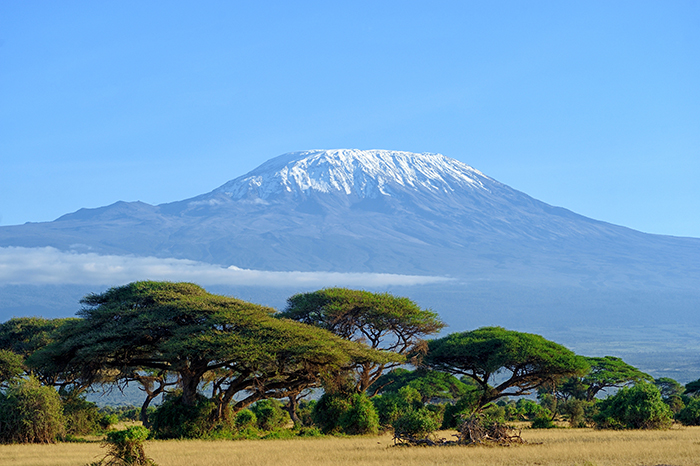 But it wasn’t physical training. It was psychological.

Like many Granite State families, at least once each summer we’d head north to the White Mountains, where we’d stay in motels (some with COLOR TV!) and visit all the attractions.

And we’d do it while being awed by the biggest mountains we’d ever seen. We’d motor through Franconia Notch and crane our necks out the windows of the Ford station wagon at the craggy cliffs of Mount Lafayette and Cannon Mountain.

Wow! This was nothing like Pack Monadnock or the Uncanoonucs, mundane hummocks that marked the modest horizon of our humdrum southern New Hampshire lives. These were real mountains — the kind you’d see in movies, and that books were written about.

And yes, I remember reading “My Side of the Mountain,” the classic young adult adventure story, and of course I imagined it taking place out in the woods somewhere beyond Six Gun City. The White Mountains were my frame of reference for everything mountainous.

But the thing is, New Hampshire’s mountains aren’t really that big.

Even Mount Washington — biggest of all at 6,288 feet, and home to admittedly world-class terrible weather — isn’t truly large in size or height.

Also, New Hampshire’s mountains are old. Ground down by glaciers, their rounded summits lack the dramatic pointy peaks of newer ranges, geologically speaking, such as the Alps or the Andes or the Himalayas.

Yes, they have their own unique charm. But the White Mountains just aren’t as visually dramatic as many other ranges around the world. This sounds like sacrilege coming from a New Hampshire native, but it’s the truth.

I first appreciated this for real when I visited the state of Washington and got up close to Mount Rainier and its sister peaks in the Cascades. Returning home, Mount Monadnock looked to me like something on a model railroad layout.

Other evidence? Take my wife (please!), who first came to Keene some years ago for a job after attending college in Boulder, Colorado, in full view of the Front Range of the Rockies.

Soon after arriving, she and a friend from Missoula, Montana, drove north to see our famous White Mountains. Up they went on I-93, getting excited as they reached the foothills.

They actually got all the way through Franconia Notch before realizing: Those were the mountains!

So OK, I grew up among puny peaks. But eventually, I discovered that growing up in innocent awe of the Whites had its long-term advantages. Specifically, it was perfect training to preserve a sense of childlike wonder about the many dramatic peaks and mountains all over the globe. No matter where I went, if mountains were part of the scenery, they were always flat-out astonishing!

And that includes Mount Kilimanjaro.

Decades after my last visit to Six Gun City (alas, now closed), seeing Mount Kilimanjaro for the first time in January 2015 prompted the same reaction I had when sticking my head out the car window in Franconia Notch during the Nixon administration.

Wow! And I meant it. There it was — the still-snow-capped peak (despite recent glacier loss) shimmering in the distance, an otherworldly site in equatorial Africa. It seemed unbelievable to look at, never mind climb.

And that sense of “Wow!” never waned. It was present throughout our nine-day trek to the summit of Kilimanjaro, an immense behemoth of a mountain that rises from the landscape like a wave that tops out at 19,341 feet. It measures about 60 miles across just by itself, covering more area than all the White Mountains and some of the Green Mountains over in Vermont.

It was present every day on our trek, which took us through verdant African landscapes and then up to the rocky barren upper slopes, passing through several distinct climate zones. It was present when we camped each night, higher and higher, to acclimatize ourselves to the lack of oxygen at such altitudes.

Adventurer Jeff Rapsis is also a composer who specializes in new music for movies from the silent film era. His “Kilimanjaro Suite,” a four-movement work for orchestra, will receive its world premiere at a concert of The New Hampshire Philharmonic on Sunday, January 22, 2017 at 2 p.m. at the Stockbridge Theatre in Derry.

For more info and for tickets, visit nhphil.org. For more about the music, visit jeffrapsis.com.

And the sense of wonder was still there when we reached the summit, the highest point on the entire African continent. The view from the top, with the sun rising over the clouds far below, was like what you see from the window of an airplane, only without the airplane.

I’m sure I would have been thrilled no matter what my background was. But I think my infatuation with the White Mountains at a young age has conditioned me to forever be just a little bit more amazed at the world than if I’d somehow, say, spent my school vacations skiing in the Swiss Alps.

The downside to this frame of reference, however, is that if you’re not careful, it can artificially limit your ability to experience the world around you.

I once traveled around Thailand with a guy who grew up in Bayonne, New Jersey. No matter where we went or what we did, it only existed to him in reference to his hometown.

The beach at Koh Samui? Just like on the Hackensack River. That amazing tropical sunset? Just like Bayonne in mid-summer, with the oil refineries across the bay going full blast.

And there I was, high on Kilimanjaro, thinking how much the terrain looked like the barren summit of Mount Washington, only on a colossal scale, and without the Cog Railway.

I made this comparison out loud just once, to a couple also from New Hampshire, knowing they’d understand. But I otherwise kept such thoughts to myself, not wanting to be the guy from Bayonne.

And besides, nothing on Mount Kilimanjaro reminded me of Six Gun City. 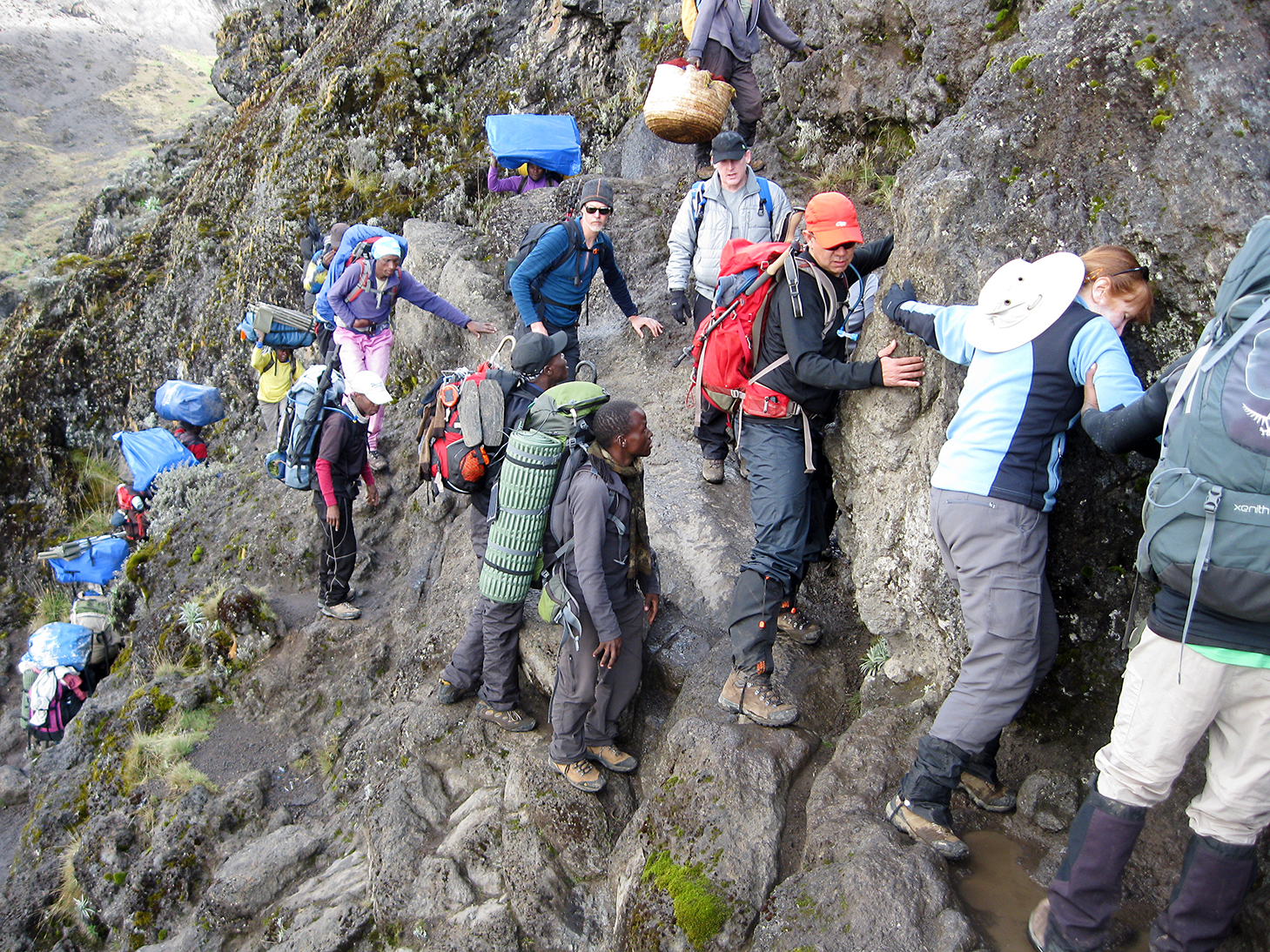