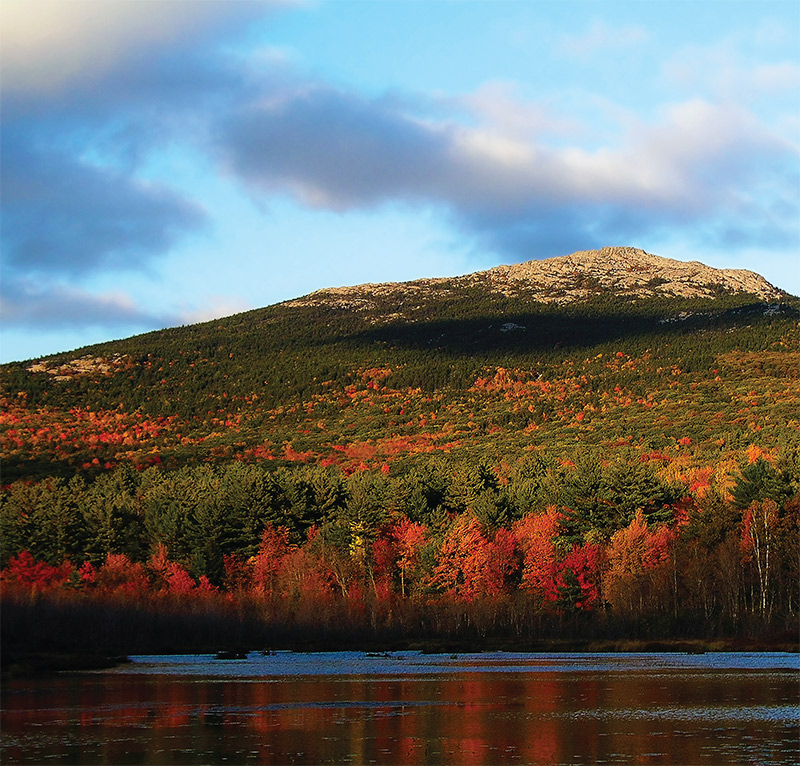 It's said the name — Monadnock — is derived from an Abenaki word that translates into "an unexcelled mountain, one that stands alone." And so it is.

Not only is the mountain the tallest peak in southern New Hampshire — offering breathtaking glimpses when you crest a nearby hill — it stands alone in other ways as well.

What You Need to Know

It is the most climbed mountain in the country, and the third most climbed in the world (with Japan's Mt. Fuji and China's Mt. Tai just ahead of it). More than 100,000 people climb Monadnock every year.

Partly that's because it's close to population centers, but there's more to it than that. "It has an allure to it," says Patrick Hummel, who's climbed it since he was a child. "The mountain really stirs something in people's souls." For him, it's the solitude, the beauty, the connection to nature.

For others, it's spiritual. "The mountain is one of a handful in the world that are considered by some to be sacred," Hummel says. "If you look back at some of the more romantic literature, the mountain is commonly referred to in almost holy terms."

Some believe that the mountain is a power center, one of the few places in the world that sits at the intersection of ley lines that contain the Earth's energies.

The mountain's power, whatever its source, has inspired great writers, Thoreau and Emerson among them. Both have mountain features named after them.

Hummel, who worked for years at Monadnock State Park where the mountain is located, says the bare rock summit is a rarity among mountains. "Its tree line is at 2,900 feet rather than the usual 4-5,000 feet," he says. No one knows for sure why — almost certainly due to fires, but the origin of which is in question. Regardless, the open expanse allows a 360-degree view that can reach more than 100 miles on a clear day.

Hummel cautions those who want to experience the mountain that it's more rugged and challenging than it might appear. "Hikers underestimate it," he says. "They need to know more rescues occur here than on any other mountain in the Northeast."