Maher Abbas came from Iraq and chose Concord as his home. He’s proud of his family, proud of his adopted country and proud of his new restaurant. At Abbas’ WOW Fried Chicken & Subs, the chicken is both crispy and tender, and there are many other taste sensations to sample. He also owns Chi Cha, a popular hookah bar around the corner. Fortunately, WOW stays open late (and delivers) to ensure that no one goes home hungry. 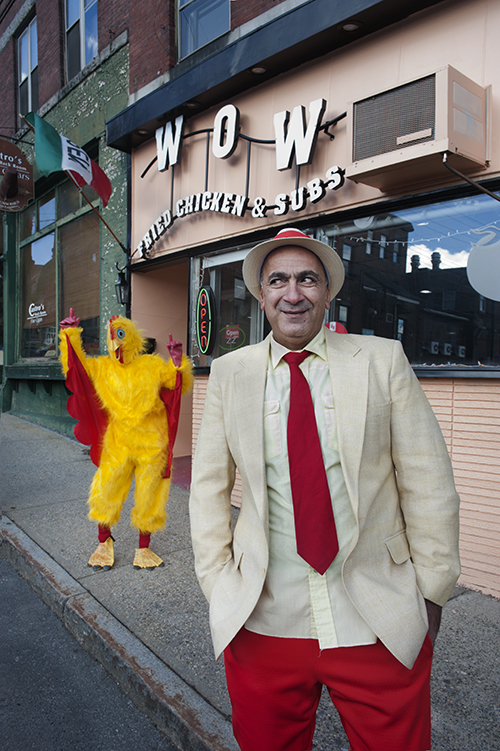 Maher Abbas and a feathery friend at WOW Fried Chicken 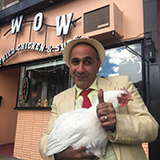 TAKEOUT OR OUTTAKE? Fortunately for the chicken, it’s the latter. Along with a variety of costumes and props needed for this photograph, a real live chicken was on hand, but she didn’t make the final cut. Pictured here with Abbas is “Hen Solo,” a member of a small brood of Concord neighborhood chickens who apparently happen to be big Star Wars fans. Others from the same coop sported names like Princess Layer, Queen Omeletdala and Chewbawk-ba-kah.

Thanks to Mary Selvoski of Mary’s Closet in Manchester for her kindness, the chicken suit and for most of Abbas’ wardrobe; Ahmed Ibraheem for his ability to shop for red pants at the last minute; and Nermina “Norman” Kovacevic for her untroubled loss of dignity while street dancing in a chicken suit.