Jerry Courser is perhaps the nicest Yankee farmer you’ll ever meet. He waves to just about everyone in town. He and his brother Tim work some land in Warner that’s been in the family since 1904. His true love is oxen, and he knows them well. For nearly 50 years, he’s been breeding, showing, competing, training, lecturing on and judging them — and bringing along the next generations through 4-H. 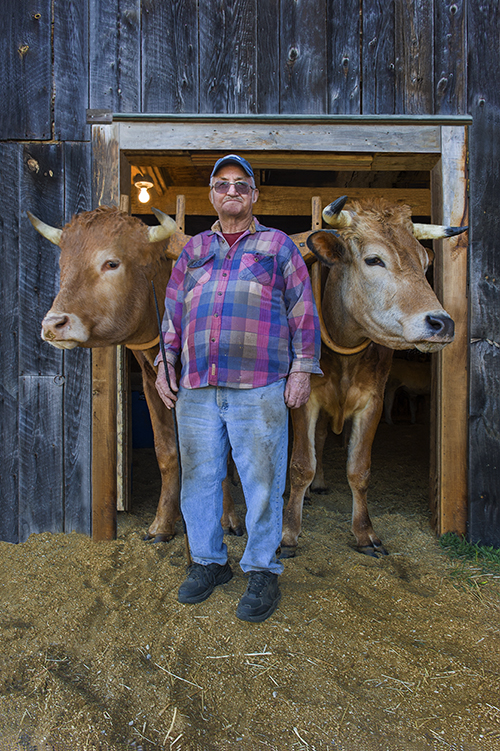 Courser is pictured with two of his animals, "Bimbo" and "Curley"
Photo by David Mendelsohn 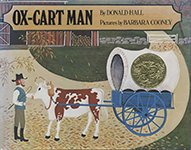 On the other side of Mt. Kearsarge from Courser’s farm is the home of famous poet and essayist Donald Hall, who wrote the timeless classic children’s book “Ox-Cart Man.” Courser says he knows Hall, but “I knew his kids and grandmother better than him.” His review of Hall’s book contains a spoiler. “Pretty accurate of the way they lived back then. Truth is, it’s a long walk back from Portsmouth though. Sometimes the ox and the cart didn’t get sold along with the rest of the stuff.” (They do in Hall’s book.)