She stands just over 5 feet. She is a grandmother of three. Sweet as pie, tough as jerky. Kerri Nailor has managed 56 Self Storage in Dover for nearly two decades, a fairly priced joint to house all of your treasures, such as that period Thigh Master or those plaid pants that never quite fit. The main building is vintage, has a long history as a shoe factory, and comes with ghosts who just love the place. Nailor doesn’t mind. She likes things that stay put.

Pack your boxes. She’ll keep a lock on for you. 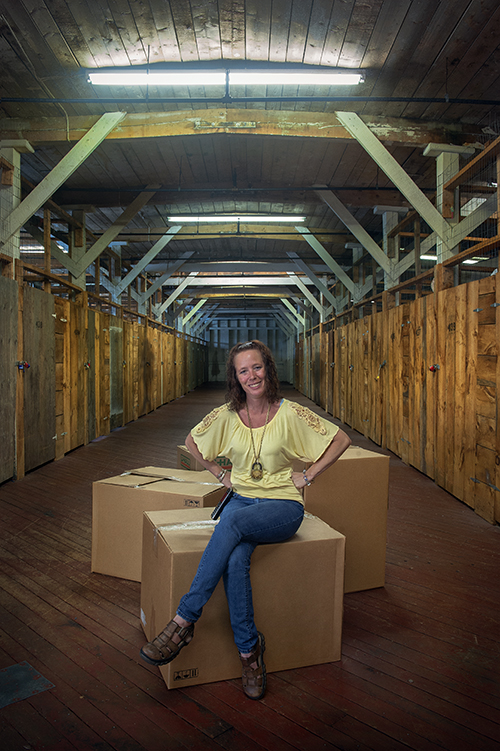 Padlocks are a Roman invention from the third century AD. Locks and keys are a constant theme in the self-storage business, so Nailor knew this old padlock was unusual when she found it at a pawnshop and bought it: “It’s pretty ornate and I’m told it’s from the ’20s. I put a chain through it and wear it as a necklace sometimes. I call it my locket. Get it?”

CREDITS: Michael Murphy for his enthusiastic photo assistance despite being well beyond elderly. Matthew Hobin for his amazing carpentry skills as applied to a four-legged stool.