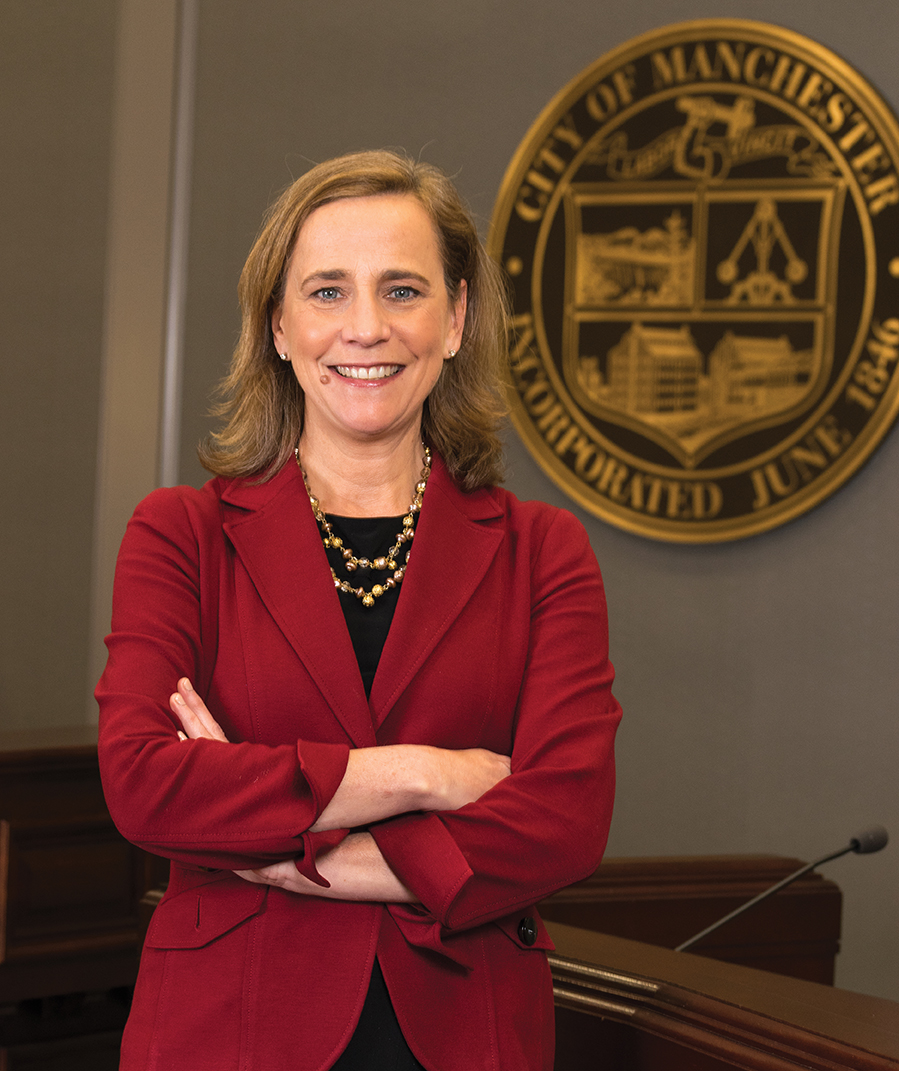 Joyce Craig understands the value of hard work. A former business executive in Boston, she developed strategic plans and managed multimillion dollar accounts for two of the largest advertising agencies in New England. She started by answering phones and worked her way up to director. She then worked for a biotech start-up, where she helped take the company public. While volunteering at her children’s school, she won a seat on the school board and then served three terms as an alderman. “In 2015, I decided to run for mayor because I felt our city should be doing better. I came up just 64 votes short. But I didn’t give up,” adds Craig. “I vowed to work hard and keep fighting for what I believe in.” On January 2, 2018, Mayor Craig took office, becoming the first female mayor of Manchester. “I’m thrilled it’s no longer an obstacle for anyone else moving forward – and that women and girls across Manchester can see themselves represented in City Hall.”

This is part of a special advertising section.