In Their Own Words: Jim Czack of Élevage de Volailles

Jim Czack began Élevage de Volailles, an organic livestock farm, about 14 years ago in the unlikely town of Rye. He and his life and business partner, Annette Young, raise all sorts of poultry, some pigs and sheep, but are especially known for their historically important, endangered and exceedingly succulent Chocolate breed of turkeys. 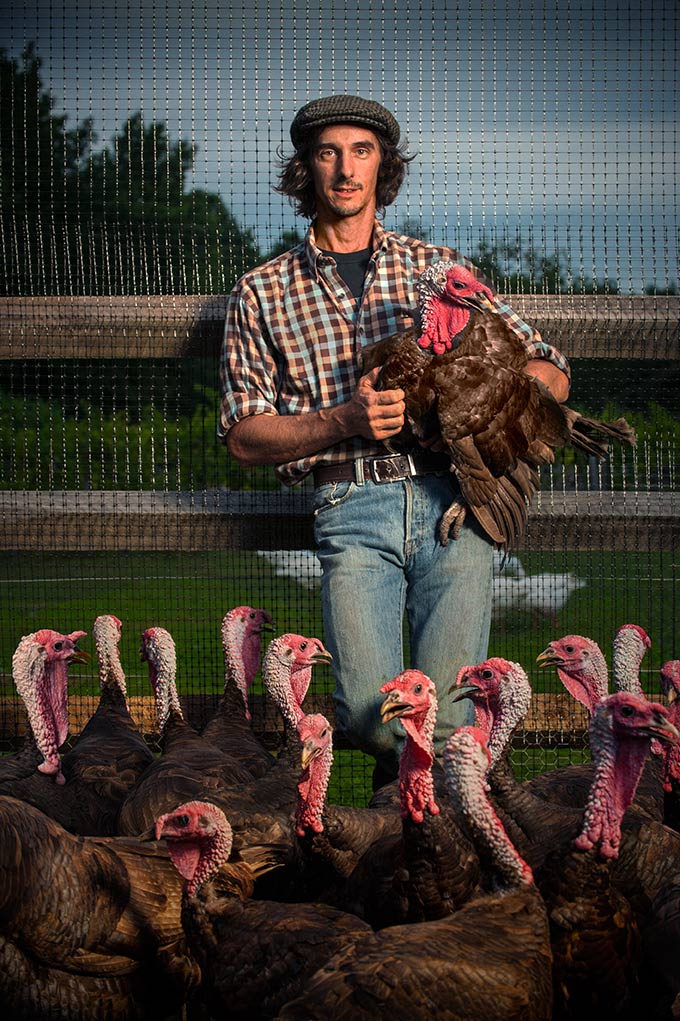 The Chocolate breed of turkeys (so named for the color of their feet and feathers) were just about wiped out by the Civil War, when many of the Southern farmers who raised them never made it back to tend their stock. At one point, only 12 of them existed, according to the Livestock Conservancy, but thanks to heritage breed farmers like Jim and his partner Annette Young (pictured here) they are making a delicious comeback. (elevagedevolailles.net)