From the Barrel Brewing Company 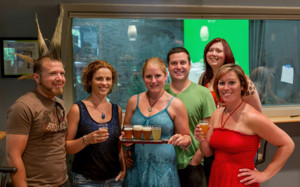 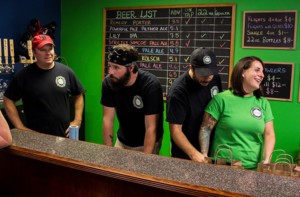 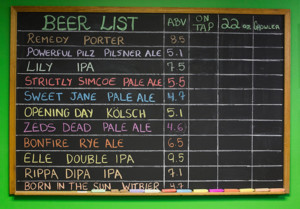 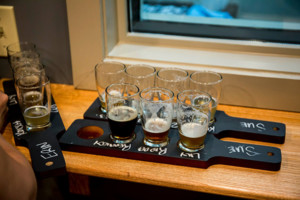 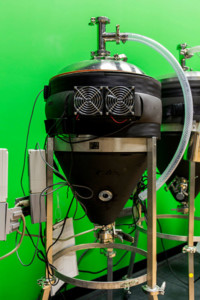 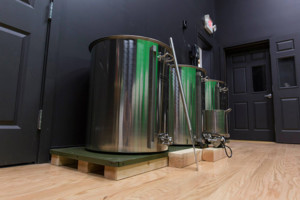 If you arrive at the right time, you can watch the brews being bottled and kegged at this nanobrewery located right off of I-93, but any visit includes a look through a giant window separating the tasting room from the brewery that houses all of the equipment and fermentation tanks used in the process of creating the beers crafted here.

Brothers Jay, Jon and Joel Anderson are the co-owners/operators (Jay and Joel are also the brewmasters) at this small company, which opened its doors only three months ago but is already winning praises for its flagship Lily India Pale Ale. Recently added to the inventive menu are the Oktoberfest brew, the Strictly Simcoe Pale Ale, which is unique for using only a single hop in the ingredients, and the Remedy Porter, a smoother, darker beer with minimal hops and appealing notes of coffee, chocolate and vanilla. The vanilla beans are locally sourced, as are the fresh habanero peppers that Jay mixes in the recipe he master-minded for the spicy Bonfire Rye Ale. The Bonfire tastes just as it sounds, with a little bit of a bite on the back of your tongue after each sip.

More beer news
Find out what else is brewing around NH at www.nhmagazine.com/beer

Because the brewery is still small and limited to making 2,000 barrels of beer per year while a major national brand brews that amount in an hour, the brothers can experiment with different grains and tweak the recipes. The intimate atmosphere in the six-tap system bar and adjacent tasting room allows customers to chat up the brothers while offering their opinions on the signature beers on tap and the limited-edition batches constantly being rotated through the line-up. The reviews? Not one batch of beer has been thrown out yet.