New Hampshirites love their race cars, and Derry native Ryan Tuerck is no exception. A lifelong motorports enthusiast and professional athlete, Tuerck has been a Formula Drift driver for nearly 15 years. Drift driving, a sport with Japanese roots, continues to gain popularity here in the US, with Tuerck’s name at the forefront. Add in almost half a million Instagram followers and a Ferrari-powered Toyota drift car, and you have a combination that has been taking the internet by storm. It all began right here in the Granite State. 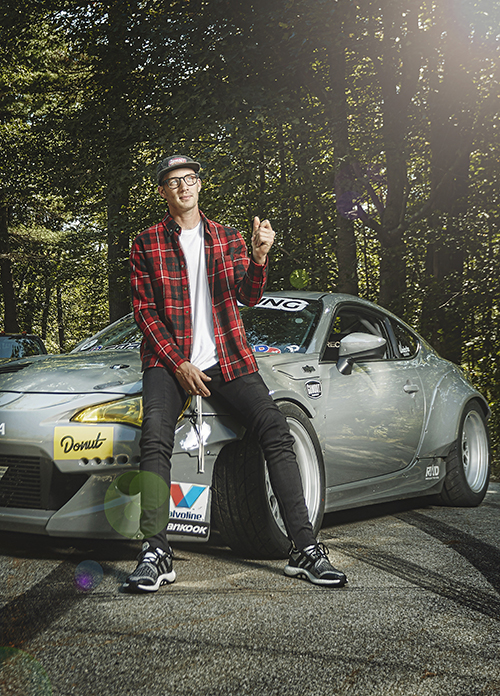 Location note: As Chris Saunders wrapped up the shoot with Tuerck, NASCAR commentator and “Top Gear US” host Rutledge Wood (at right in promo shot) stopped by to catch up with Tuerck and even tried to get him to crack up for the photo. To see videos of Tuerck, search “Ryan Tuerck” or “GT4586” on YouTube, and be sure to keep an eye out for when he’s doing drift demos at the New Hampshire Motor Speedway.

The best outdoor dining spots in south and eastern NH

The best outdoor dining spots in the Seacoast