Pat Peck, 83, is a beloved volunteer at Canterbury Shaker Village. She’s known for the twinkle in her eye, but, for the past two Halloweens, she has undergone an eerie transformation. As “Pat the Witch,” she has delighted and frightened hundreds of kids (young and old) during “Ghost Encounters” at the village by smiling and offering her basket of candy that’s guarded by a hairy friend. A new witch takes her place this year, so we asked Peck for some memories. 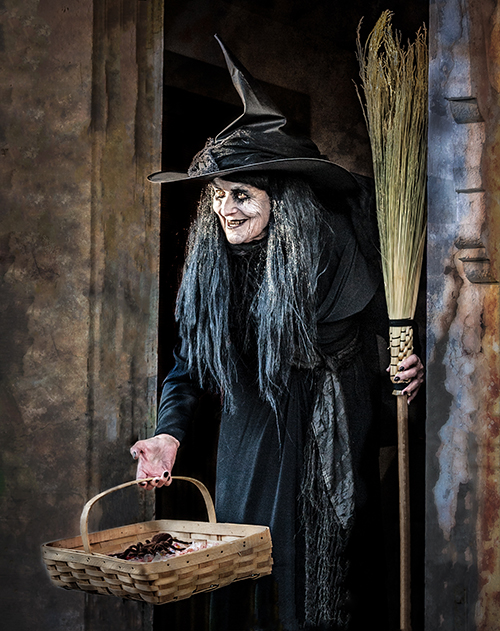 Pat Peck offers both a treat and a trick to visitors at Canterbury Shaker Village’s “Ghost Encounters.” 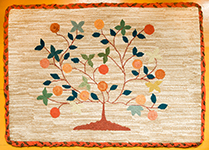 STITCH CRAFT: Pat Peck has been demonstrating rug hooking at the village for 15 years and is the creator of a framed “tree of life” rug (seen here) that is based on a photo from an archival book on the Shakers. Although Pat won’t be reprising her costumed role for this year’s Ghost Encounters at the village, there will be plenty of volunteers serving as witches and ghosts to interact with guests, share (mostly) true stories, demonstrate traditional crafts and provide the occasional scare. It happens October 22 from 3 to 8 p.m. Food and drink is available in the Creamery. shakers.org