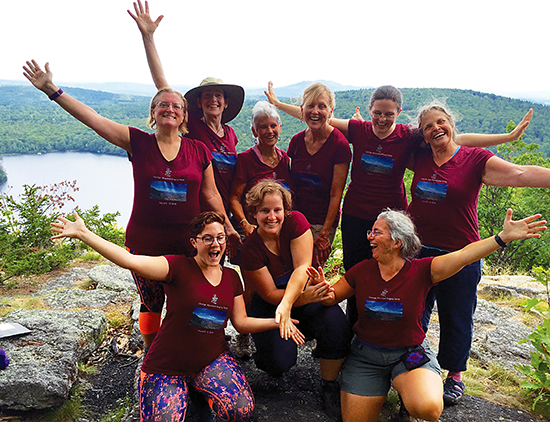 A group of campers with the Voicings Adventure Singing Camps. 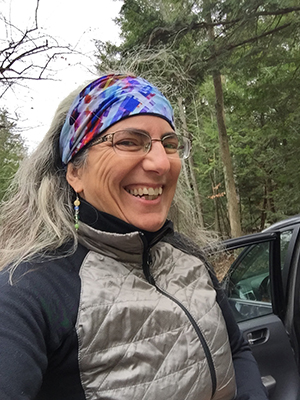 Climbing mountains and singing are a natural pairing. Both are uplifting experiences that change your point of view, literally and figuratively. They both involve the use and control of the breath to perform well, and both provide moments of genuine splendor that take your breath away. Both activities are well-documented: Whether we’re singing in a group or are out in nature, our body’s vibrations resonate with those around us, and with the surrounding environment.

What could be more gratifying than joining in song at the summit, with several other like-minded hikers?  How about spending a week of immersion into the beauty of the outdoors while exploring the gift of song in your own voice?

Voicings Adventure Singing Camp will host just such a program this August, where you can meet other hikers and singers, all while climbing the “Monadnocks,” which include Pack Monadnock (Temple), North Pack Monadnock (Peterborough), Little Monadnock (Fitzwilliam and Troy) and Mount Monadnock (Jaffrey). You’ll foray into forests, lap in lakes with the loons, renew, reconnect, and reclaim both body and voice, in harmony with nature and one another.

If you’re longing for an outdoor climbing adventure suited for adults of any age, rooted in natural sound, then connect with Voicings Adventure Singing Camps.

Time to choose your adventure:

Hiking: Ted and Carolyn’s Trail in Greenfield. Ted Bonner, former restaurateur turned woodsman, cut these trails over the course of several years. They offer a lesser-known, more beautiful ascent or descent of North Pack Monadnock. Ted’s Trail winds, steeply at times, along a stream with cascading waterfalls; Carolyn's Trail offers a gentler descent from the summit.

Camping: The Ashuelot River Campground in Swanzey. The campground sits on the banks of the river with a full 22 acres of land. Once settled at the campground, you have access to the Ashuelot Rail Trail, Mt. Monadnock, and several other nearby hills and trails. So much to do, you'll want to stay all summer.

Exploring: The Cheshire Rail Trail, which stretches 33 miles between Route 12 near Bookseller Road and the NH/Mass. state line at Route 12. The trail stops at downtown Keene, which makes for a fabulous break for food at one of the many restaurants on Main Street.

In the Water: Local favorite Willard Pond, which is protected by the NH Audubon, is technically in Antrim, but is accessed through Hancock. It’s a nesting place for loons and has several trails to the top of Bald Mountain, which borders one side of the pond.

On the Water: Howe Reservoir in Dublin. Most Monadnock area residents are familiar with Dublin Lake, but a lesser-traversed getaway for kayakers is Howe Reservoir, a serene and pristine body of water just before Dublin Lake (if coming from Keene area).

Adrenaline: Check out Monadnock Aviation. You can get a bird’s-eye view of the entire Monadnock Region in a Cessna 172 aircraft on their "photo flight."