Action figures, Picasso and the many unexpected wonders found in galleries across New Hampshire 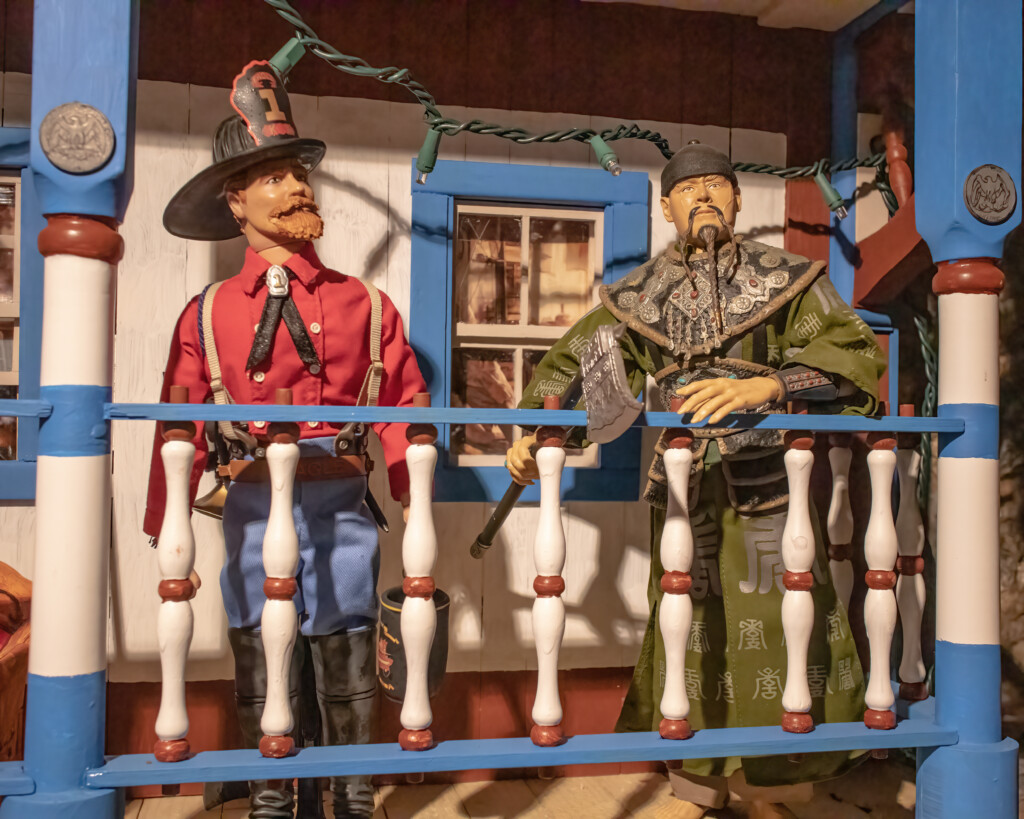 Two custom-made action figures of varying eras and geographic locations hanging together at a miniature saloon in the Museum of Dumb Guy Stuff. Photo by Max Schoenfeld

Walking into the basement level of 114 Mechanic Street in Portsmouth is something like entering a 10-year-old boy’s bedroom in 1960s Middle America — if that boy had nearly unlimited resources and an encyclopedic knowledge of history and handiwork. Action figures of every kind litter the walls in an overflowing array of dioramas, cowboys and war heroes fight miniature battles in custom-fit outfits, and a vast train set displays teems of tiny townspeople going about 1959 railroad life. 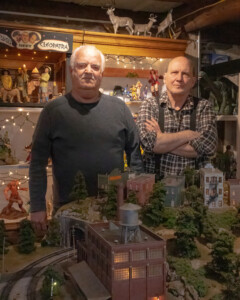 “I tell people, it’s just a couple of old guys reliving their childhood,” says Rod Hildebrand, one of two driving forces behind the self-coined Museum of Dumb Guy Stuff.

“My wife asked me, ‘What exactly are you doing?’” says Clayton Emery. “And I go, ‘Well, it’s gonna be where the old guys go to get out from under their wives’ feet for a few hours.’”

Emery is the spark and owner behind the sardonically titled Museum of Dumb Guy Stuff. He and his wife live in the top two floors of the Portsmouth near-waterfront house, which he meticulously renovated over a five-year stretch in the mid-2010s. Emery, turning 70 next December, is quippy and terse, with the tree-trunk forearms of a lifelong handyman. Hard of hearing, he speaks slowly and rarely, although one gets the sense he’s never been a big talker. This is where Hildebrand comes in, finishing Emery’s thoughts and waxing poetic on Emery’s sarcastic one-liners. The two are a yin-and-yang best-friend combo, embracing the joys of their past and hoping to inspire a current generation of kids to play, analog-style.

It all started about a decade ago when Emery and Hildebrand met at a local dog park. After Emery invited Hildebrand over to show him the workshop, the two developed a workflow that they’d keep for about five years: Emery would work on renovating his house, while Hildebrand created the vast train-set display and welcomed visitors, of which they’d get many. First was a blogger from Atlas Obscura, followed by a flood of local news outlets, followed by those who caught wind of the tucked-away curiosity.

After Emery finished fixing up his house, the two began working side-by-side almost daily, constructing, well, anything they felt like. They’ve done monsters and aliens; battles and historically accurate set pieces; a “CSI Portsmouth” crime scene for the local library; and a massive colonial display for The Fort at No. 4 in Charlestown.

And everything they’ve created is either displayed in Emery’s basement or donated someplace. Not that they make a big deal out of that — the two constantly downplay the dedication and craftsmanship that’s gone into converting a basement workshop into a whimsical galaxy of intricate wonder (hence the museum’s name). But they do admit there’s a bit of magic in what they do. They consider it a museum, after all, and that implies a certain spectacle. “We bring things back to life,” Hildebrand says.

“I’ve always said, if we can get one kid interested in working with his hands opposed to playing video games, I would feel successful. We just want people to enjoy it.” 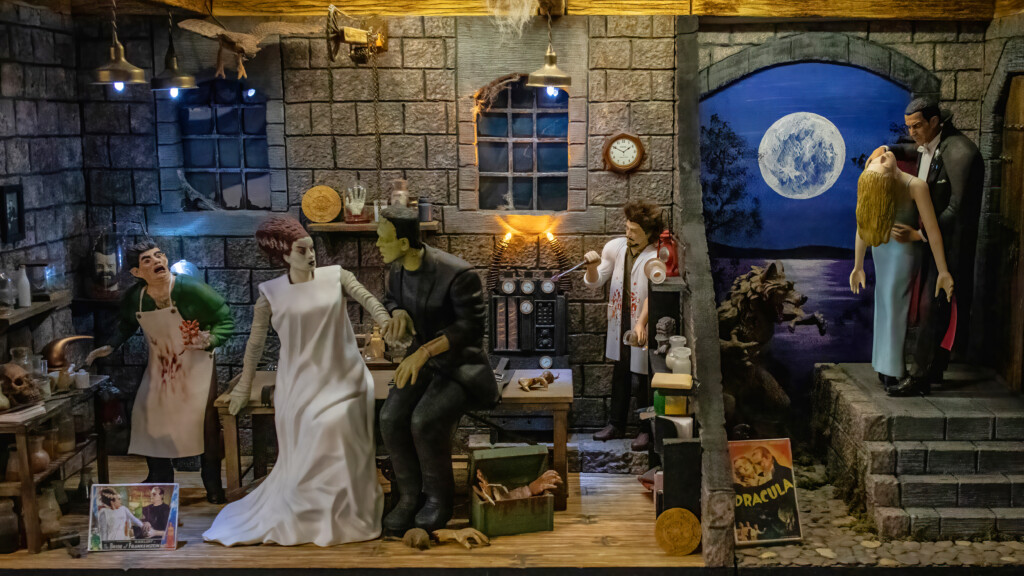 One of many meticulously arranged action-figure dioramas featured in the Museum of Dumb Guy Stuff, this display presents a creature-feature mash-up blending Frankenstein and Dracula. Hildebrand says he originally planned it to be black and white to imitate the original films. Photo by Max Schoenfeld

Injecting life into the past is something Alan Chong can relate to. As director of the Currier Museum of Art in Manchester for the last six years, Chong has aspired to weave the past, present and future together into a road map of understanding the human condition.

Alan Chong, director of the Currier Museum of Art in Manchester. Courtesy Photo

“I think that artists have always taught us a new way of looking — even in the Renaissance and the ancient world as well as today. Entering into an artist’s mind, they help you see things in a new way. I think that’s very important; I think that’s what a museum can do.”

Part of Chong’s mission is to make the Currier an integral part of the community while diffusing any haughty connotations that come with being an art museum. Along with free admission into the museum one Saturday a month and every Thursday from 5 to 8 p.m. (and featuring live music in the Winter Garden Café as part of their “Art After Work” program), Chong has launched a handful of art therapy initiatives.

“The Art of Hope” aims to help families with children suffering from opioid addiction, meeting on Monday evenings when the museum is closed to the public. “Art for Vets” features a “Veteran Creative Cohort” that regularly gathers to “connect socially through art-viewing, creative art explorations and guided conversations,” and also offers free admission to veterans, active-duty military and their families. All this is part of Chong’s larger objective for people to slow down and empathize through art.

“We’re a traditional museum, but a little bit different,” Chong says. “We realized that we can’t just be a stuffy, stone building and lock our doors. The art is fun, but it has to connect with people. We want everyone to learn.” 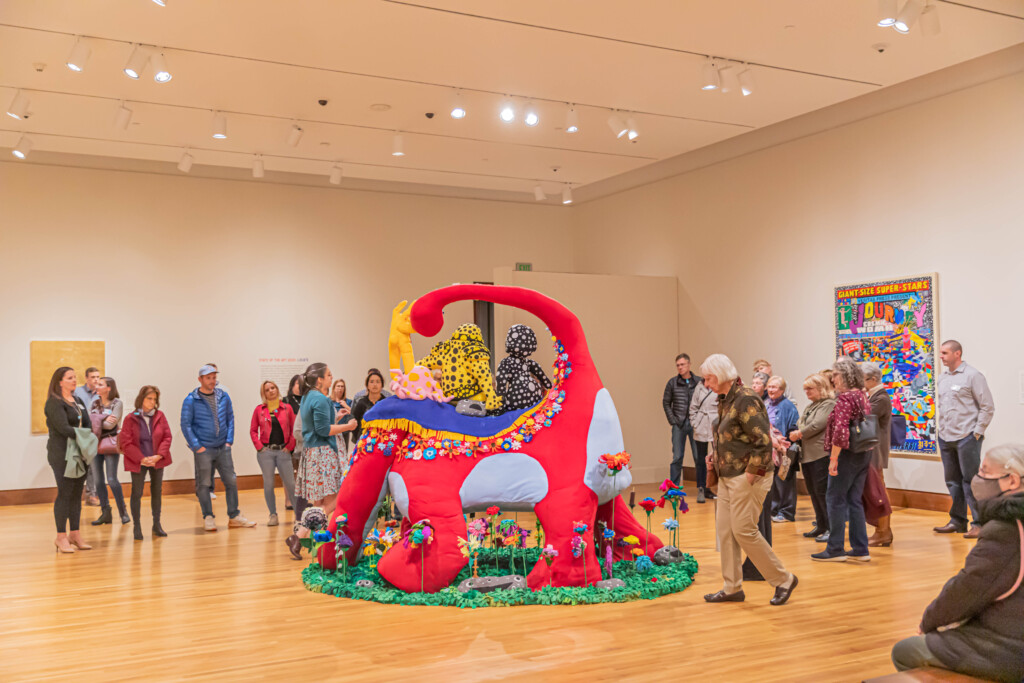 In the Currier’s special exhibition “State of the Art 2020: Locate,” this piece is titled “Time for You and Joy to Get Acquainted” by artist JooYoung Choi. Courtesy Photo

Starting as a small-town museum, the Currier opened in 1929 with an endowment left by former New Hampshire governor Moody Currier, along with the Ash Street plot of land. The museum began to collect art with the endowment, and over the course of the last 94 years, Chong says it’s evolved into a medium-sized regional museum featuring both contemporary art and world masterpieces. There’s Monet and Picasso upstairs, and diversified collections from a cultural melting pot downstairs — ranging from a 1630 painting by a female artist (the earliest piece in their gallery made by a woman) to an entire lobby-like room transformed by artist Alexandria Smith called “Memoirs of a Ghost Girlhood: A Black Girl’s Window.”

“I think one of the things we’re trying to do is give people something new to see each time they come,” Chong says. “We have exhibitions, but we also try to mix up the collection, just have something fun to see. I mean, that’s really our goal at the moment … We want people to look at paintings, look at sculpture, talk about it and use it as a way into their feelings and emotions.”

Chong’s view isn’t all that different from what Emery and Hildebrand are doing, if you think about it: Dipping into their passions, hoping to connect with whoever walks through that museum door.

Looking for other museums to explore this winter? Whether you’re looking for historical hotbeds, curious curios or cultural anomalies, here are some of the Granite State’s best stops to appease your thirst for knowledge. 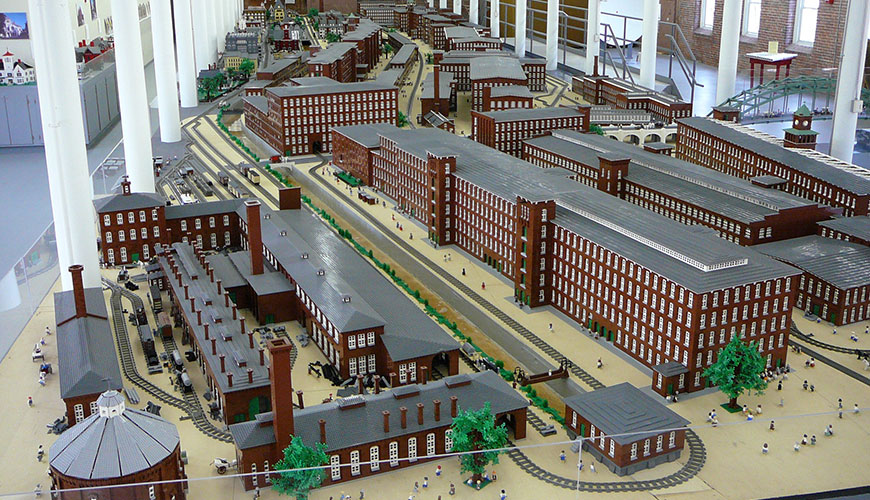 Ever wonder about the abundance of mill buildings dotting Manchester’s Merrimack River? So has the Manchester Historic Association, who opened the Millyard Museum as a way of exploring the mill building’s storied past. Featuring a permanent exhibit, “Woven in Time: 11,000 Years at Amoskeag Falls,” and a number of rotating exhibitions, the Millyard Museum ventures into the nitty-gritty of one of the city’s hallmarks. And right next door, the SEE Science Center offers kid-friendly interactive exhibits showing how gravity, biology, electricity and other unseen forces make life possible — not to mention their LEGO Millyard Project, the largest permanent LEGO installation at mini-figure scale in the world (3 million lego bricks), as recognized by Guinness World Records. Grab a coffee and sandwich at nearby Waterworks Café to hydropower your body mill. 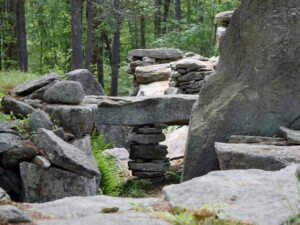 Everybody knows about England’s Stonehenge, but what about America’s? It just so happens there’s some mysterious rock formations in the Granite State, rumored to be over 4,000 years old and of dubious origins. Bundle up and see them for yourself in Salem, and if you’re feeling extra adventurous, traipse along a snowshoeing trail in the 105 acres of mysterious land. Pile on a plate of pasta at nearby Ralphie’s Café Italiano after pondering one of life’s great enigmas. 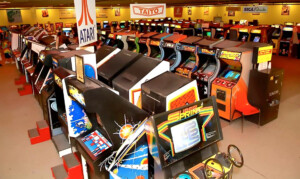 Penny arcades may be a 20th-century relic, but they’re still alive and well at the American Classic Arcade Museum in Laconia. Head on over to Weirs Beach to learn about the evolution of video games, spanning from pre-electricity to the digitization of violence. And don’t just learn about coin-operated arcade games, try them out for yourself at Funspot, the largest arcade in the world according to the Guinness World Records, which is connected to the ACAM. If you work up an appetite gaming, get some grub at the Looney Bin Bar and Grille across the street. 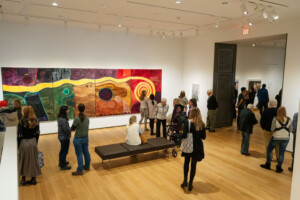 Opened in 1985, the Hood Museum of Art at Dartmouth College features an incredibly diverse selection of art, with over 65,000 pieces in its care. Check out six Assyrian stone reliefs from the palace of Ashurnasirpal II (from about 900 BCE), the National Historic Landmark fresco by José Clemente Orozco titled “The Epic of American Civilization” and a whole lot more. Grab a slice, a beer and other pub grub at Molly’s Restaurant & Bar, only a five-minute walk away.

Museums to Visit This Summer

Where To Go Glamping in New Hampshire