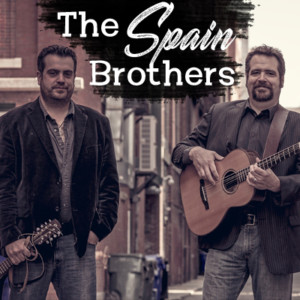 The band has highlighted venues and Irish festivals across the United States, up into Nova Scotia, on Caribbean cruises and across the sea to Ireland. They recorded four CDs along the way, and shared the stage with some of the greatest in the business. After years of touring, the lineup was reduced to four but the act continued on without missing a beat. In 2011, an idea suggested by Liam a few years prior, became a reality when the boys began recording two compilation CDs titled, Sessions, Volume l and Sessions, Volume ll. This project brought the brothers together to record with folk icons such as Tom Paxton, Noel Paul Stookey, Roger McGuinn, Dave Mallett and Bill Staines to name a few, and it gave birth to an annual concert held in Liam and Mickey’s hometown, called the NH Folk Extravaganza.

In 2013, the lineup, again, was reduced by one, leaving Liam, Mickey and Rory to perform as the trio Makem and Spain. The new lineup continued to tour and promote their final cd offering, Four Pounds a Day until 2017. After 15 years together, the band decided to part ways. Liam and Mickey have now returned to performing as a duo, concentrating on original compositions as well as traditional and contemporary folk songs.

Saved by the Ball