A Brief History and Overview of Amoskeag Falls 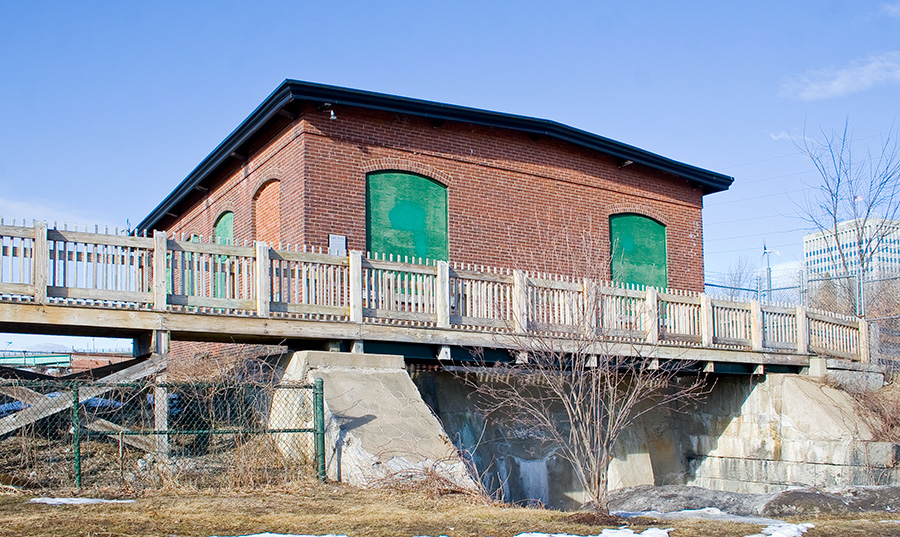 Remnants of Blodget’s Canal can be seen at Energy Park on PSNH property.

Amoskeag Falls in Manchester once thundered so loudly it could be heard for miles in the spring when the Merrimack was engorged with snow melt from the White Mountains and the Lakes Region.

During seasonal encampments, the natives set up fish weirs made of branches, scooped shad, alewives and eels from the water with nets, or just grabbed them by hand as fought their way upstream through the half-mile of rough water where the deluge descended more than 50 feet. Salmon got caught on the rocks, which made them easy to grab by the armful.

European settlers eventually joined the hunt. Some families built wooden fishing platforms and jealously guarded their sites during the spring runs. Violence was not unheard of.

The falls were an impediment to navigation until the construction of a canal by Judge Samuel Blodgett. Funded by several lotteries, the canal was a mile-and-a-third long and had nine locks when it opened in 1809.

In 1831 a group of wealthy Bostonians who developed the mills in Lowell and Waltham formed Amoskeag Manufacturing and began developing the east side of the river. They laid out one mile of textile mills, the largest manufacturing plant in the world, plus churches, parks and six blocks of boarding houses on a 15,000-acre site.

The first mill began operating in 1838. By 1840 the mill owners decided to dam the Merrimack, ending the annual fish run. The locals protested, but their complaints were ignored.

By 1912 the Amoskeag Mills were manufacturing enough textiles each day to stretch 471 miles. Amoskeag produced the cloth for the first Levis jeans and for uniforms during the Civil War. 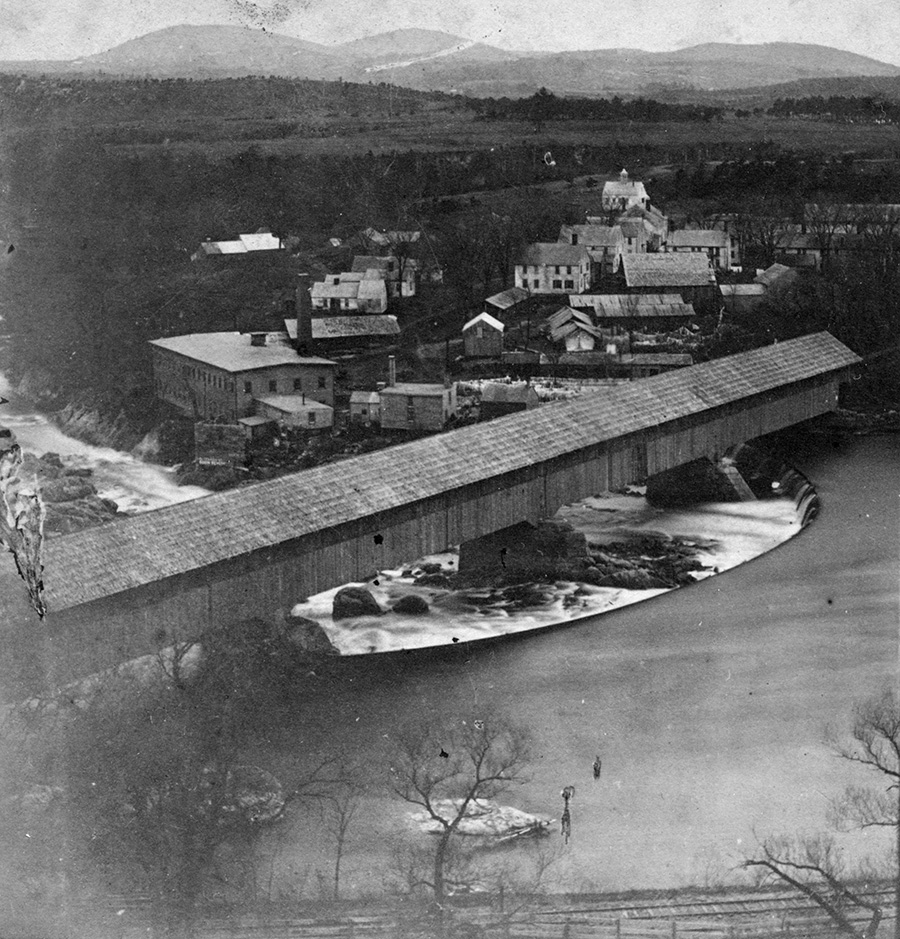 The second dam on the river was built in an arc upstream from the original. The Amoskeag Bridge was originally a covered bridge and replaced twice before being replaced with a conventional bridge. This view is from the east bank, looking west.

The mills were powered completely by water power until 1880. By 1896 electricity was the main source of power.

The mills suffered a damaging nine-month strike in 1922 and another in 1934. The invention of rayon and the Great Depression sealed their fate and Amoskeag Manufacturing went bankrupt in 1935.

The Amoskeag Dam was sold to Public Service Company of New Hampshire and now generates enough power for 1,200 to 1,600 homes.

In recent years the mills have enjoyed a renaissance, led by Dean Kamen — best known for his invention of the Segway transporter — who began buying and refurbishing mill buildings in the early 1980s. The millyard is now a vital community of offices, restaurants, colleges, museums and manufacturing. Visit the SEE Science Center at 200 Bedford St. to see a Lego representation of the millyard.